A Bird’s Eye View of the NERRS 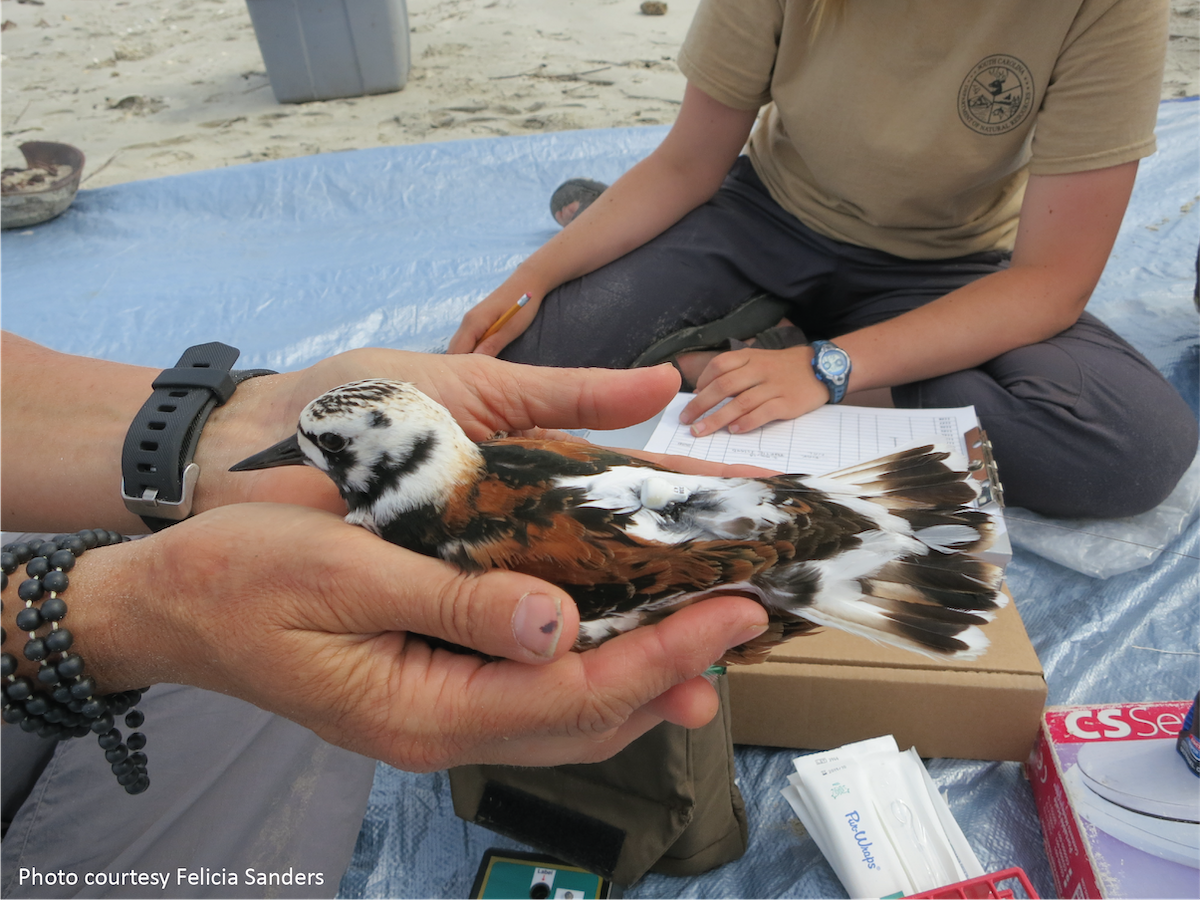 A Ruddy Turnstone with a corresponding nano-tag on Turtle Island in South Carolina. This project is helping increase the resolution of data being supplied by tagged birds and using Motus as an outreach and education tool.

The rufous-breasted red knot migrates more than 9,000 miles every year, wintering as far south as Tierra Del Fuego at the southernmost tip of South America. Along the way, many take a break at South Carolina’s ACE Basin Reserve.

In the grand scheme of things, how important is the habitat at ACE Basin to a frequent flier like the red knot? That’s a question that, until recently, Reserve scientists would have had difficulty answering. Now, thanks to a grant from the NERRS Science Collaborative, they are leading a multi-Reserve project to bring the NERRS into Motus, an international, open source collaborative network that uses radio technology to track migratory birds, bats, and insects as they move across the planet.

“We know that coastal development is threatening the habitats used by flying migratory animals, particularly birds,” says Nick Wallover, project lead and former stewardship coordinator at the ACE Basin Reserve (he now works for South Carolina’s Department of Natural Resources). “Understanding and managing these impacts requires unique approaches to monitoring and collaboration across the region and beyond.”

It also presents a unique opportunity to engage local community members in conserving the habitats these species depend on. Starting in 2017, team members at the ACE Basin, Hudson River, Grand Bay, and San Francisco Bay Reserves constructed host towers that can be operated by volunteers. This data is sent directly to researchers, giving these volunteers an ability to directly contribute to conservation science. 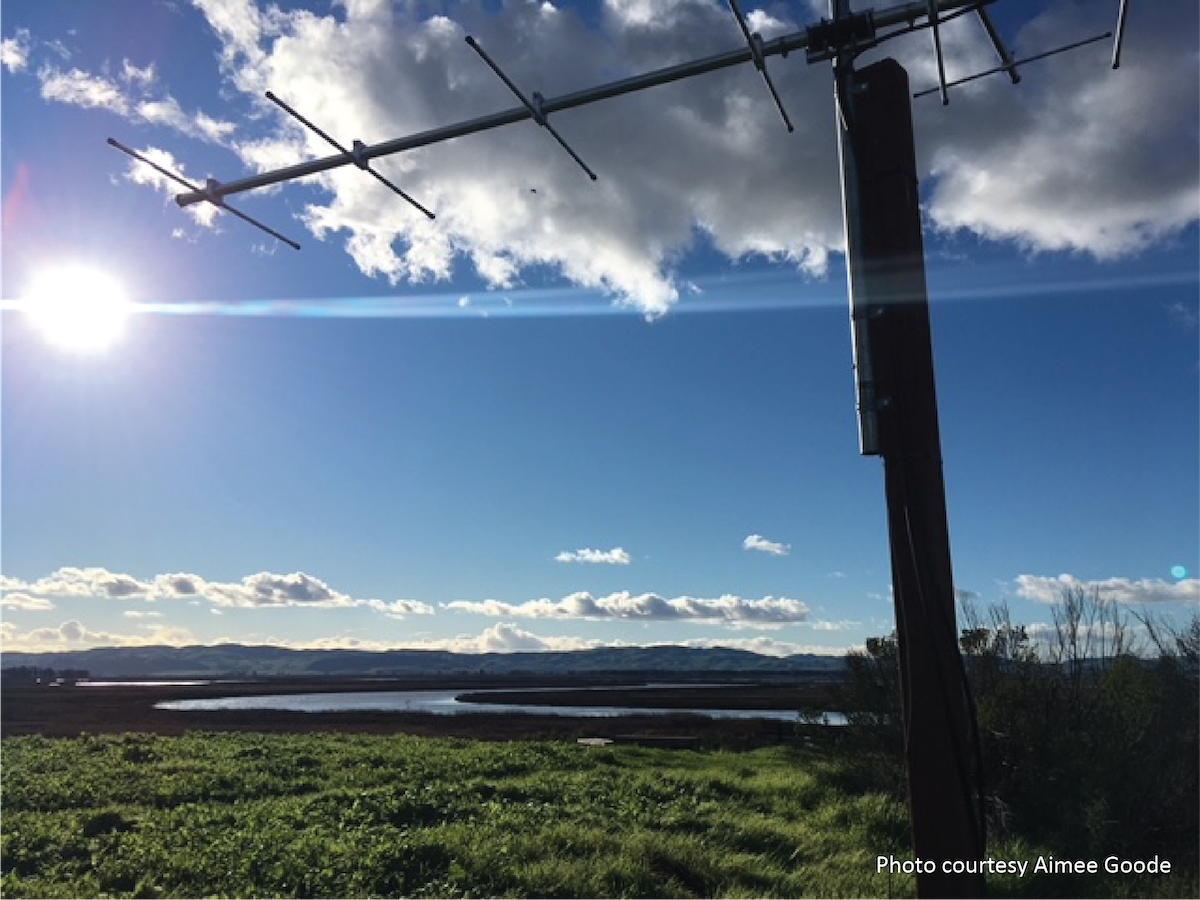 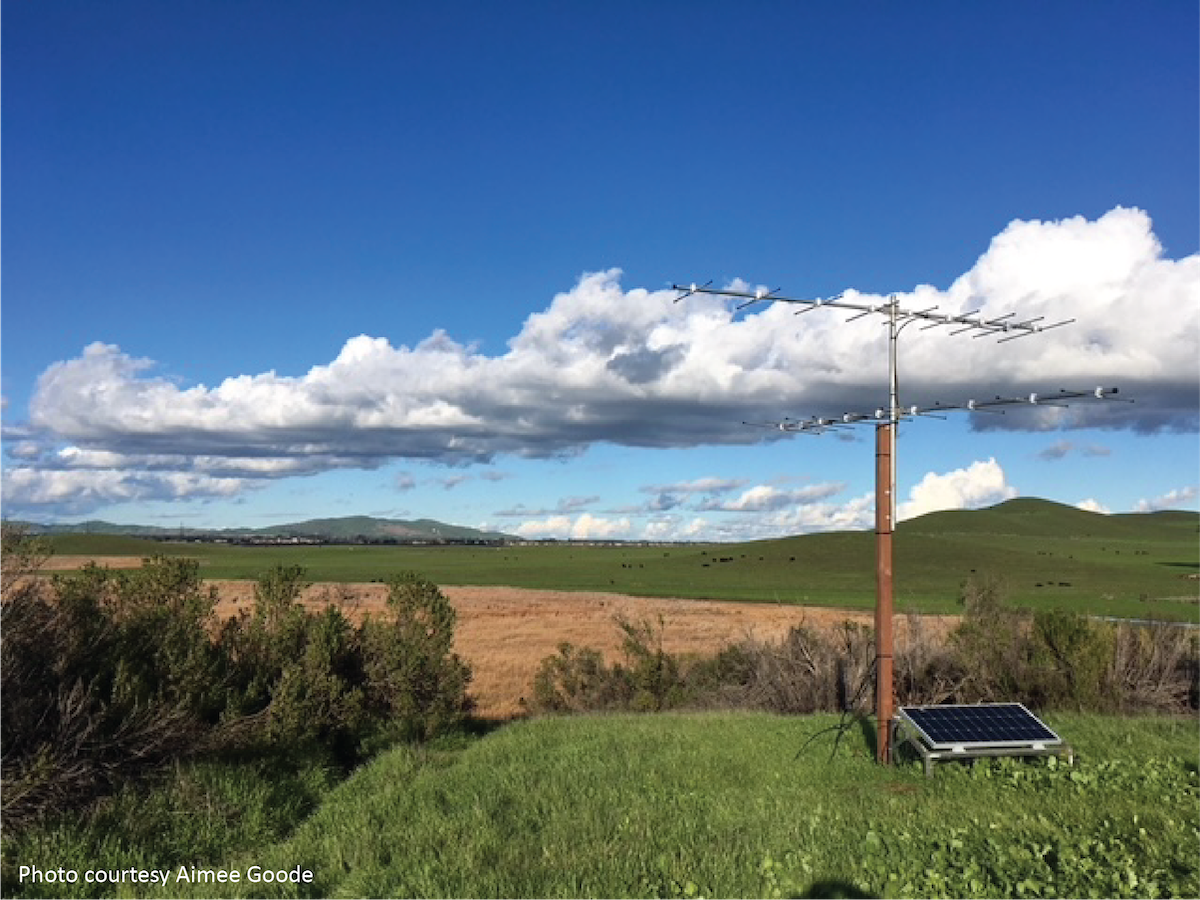 The tower at San Francisco NERR at the Rush Ranch. That effort was done through collaboration with the San Francisco Reserve, particularly Aimee Goode who took on the role of co-PI.

Using this data, participating Reserves aim to inform decision makers and the public about the importance of coastal habitats. “The towers can be purposefully placed in conspicuous locations,” says Wallover. “People gravitate towards them, making them a passive form of outreach.”

In the ACE Basin region, there was local interest in pursuing this technology, but the team at the ACE Basin Reserve was the first to make the plunge. They have consequently become regional leaders in building stations, which drastically reduces the cost. They also serve as technical advisors for other Reserves that want to join Motus and pick up a new tool for engaging both local communities and the greater coastal South Carolina community in conservation of coastal habitats.

“Motus allows us to tell the stories of these incredible migratory species,” says Jessica Kinsella, current stewardship coordinator at the Reserve. “Seeing the maps and the significance of our coast creates an emotional connection between our residents and these birds. The goal is to build environmental stewardship, where people are more receptive to best management practices and take active measures to protect critical species.”

“When you talk about coastal birds, all of the most important states have Reserves in them,” says Wallover. “The System is such an important network linking these habitats together.” 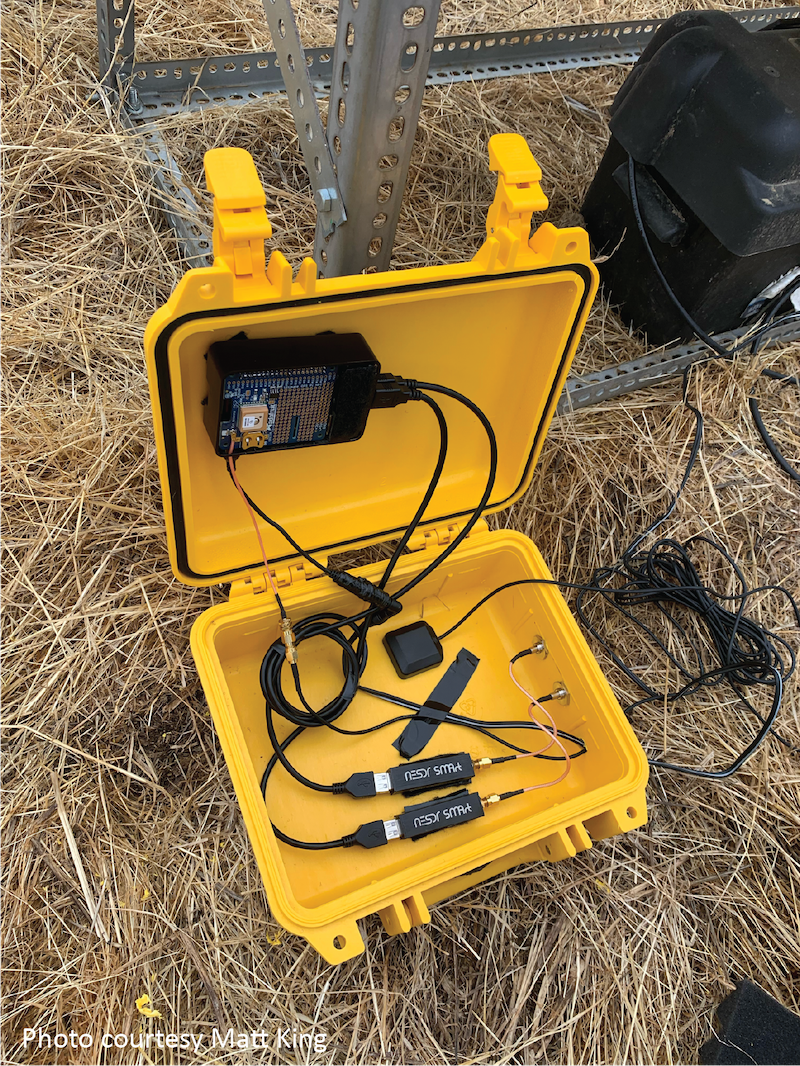 The Sensorgnome unit that drives the receiving station. It is comprised of an off the shelf Raspberry Pi single board computer that we upload a script released by Birds Canada (the nexus for all of the MOTUS Towers in the world), a GPS receiver, and digital converters to allow the Pi to listen for radio signals transmitted by the tagged birds.