Are Crabs Killing the Nation’s Marshes? 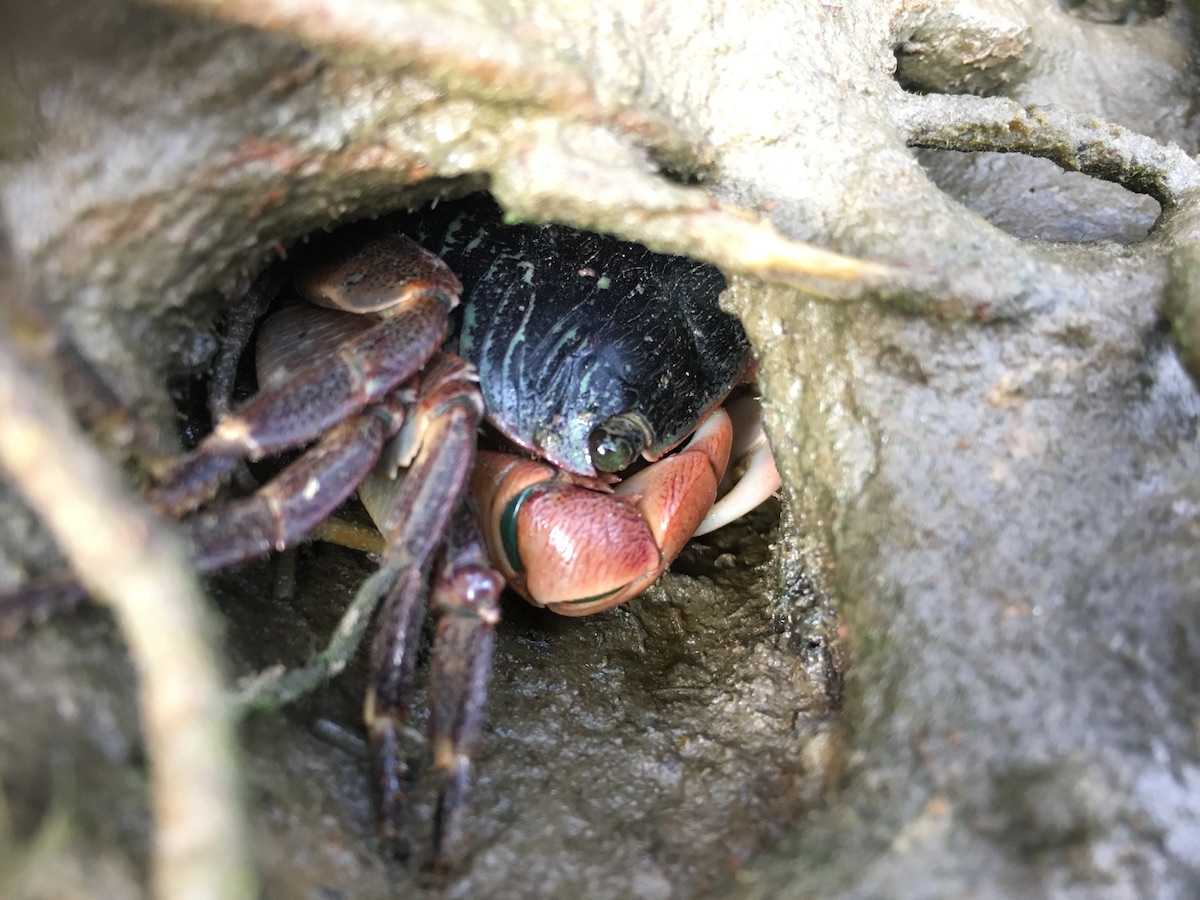 As they munch on plants and burrow through the soil, crabs are wreaking havoc on salt marshes around the country. Or are they? Turns out it depends on where you look, according to a recent study published in the journal Ecology. Conducted by the NOAA-sponsored National Estuarine Research Reserve System, this assessment explored how crabs are affecting the nation’s salt marshes.

Conducted at 15 Reserves in 13 coastal states, the study found crab burrows in just under half of the plots they sampled. In only four estuaries did researchers find evidence that crabs were having a negative effect on marsh vegetation. This indicates that it is unlikely that crabs pose a major threat to U.S. salt marshes at a broad scale. (Download a pdf of the study.) 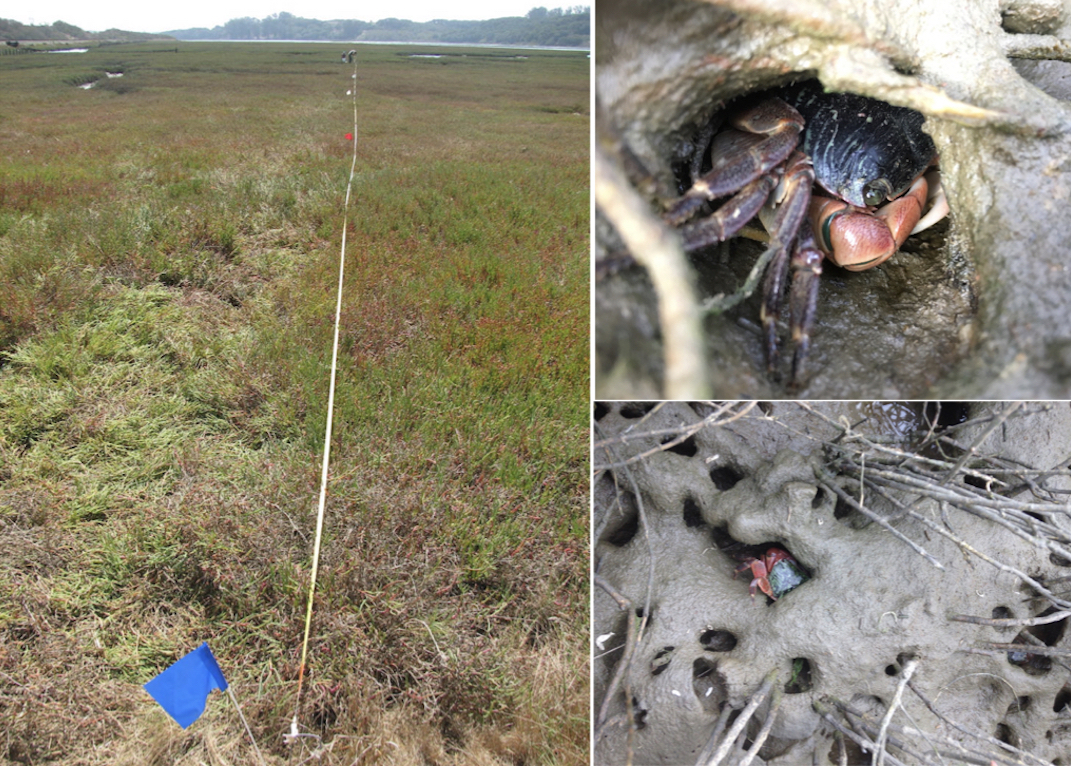 Along a marsh transect at the Elkhorn Slough Reserve (leftt), crabs were only found at the bottom of marsh (right). Elkhorn Slough was one only four sites where crabs had a significant impact on some parts of the marsh.


“With scientists following consistent protocols to monitor marshes at 29 sites around the country, the Reserve system is providing the high quality data and science we need to manage our changing coasts,” says Rebecca Roth, the executive director of the National Estuarine Research Reserve Association. “Reserves are sentinel sites where we can detect early signs of threats and test strategies to make communities safer and more resilient.”

At first glance, the study appears to contradict recent experiments that demonstrated that crabs can cause dramatic die-off of marsh vegetation. It turns out, however, that when it comes to crab research, location is everything. These experiments are labor intensive, involving the installation of many cages. As a result, researchers often position cages where they see lots of crab burrows, which tends to be at lower elevations and near tidal creek banks.

This study systematically sampled salt marshes along transect lines that extended from the uplands down to the edge of tidal creeks. Transects are straight lines along which samples are taken at fixed, predetermined intervals to minimize bias. Few crabs were found in most places, but they were abundant near tidal creeks in some estuaries— the same sorts of places where past experiments have been conducted 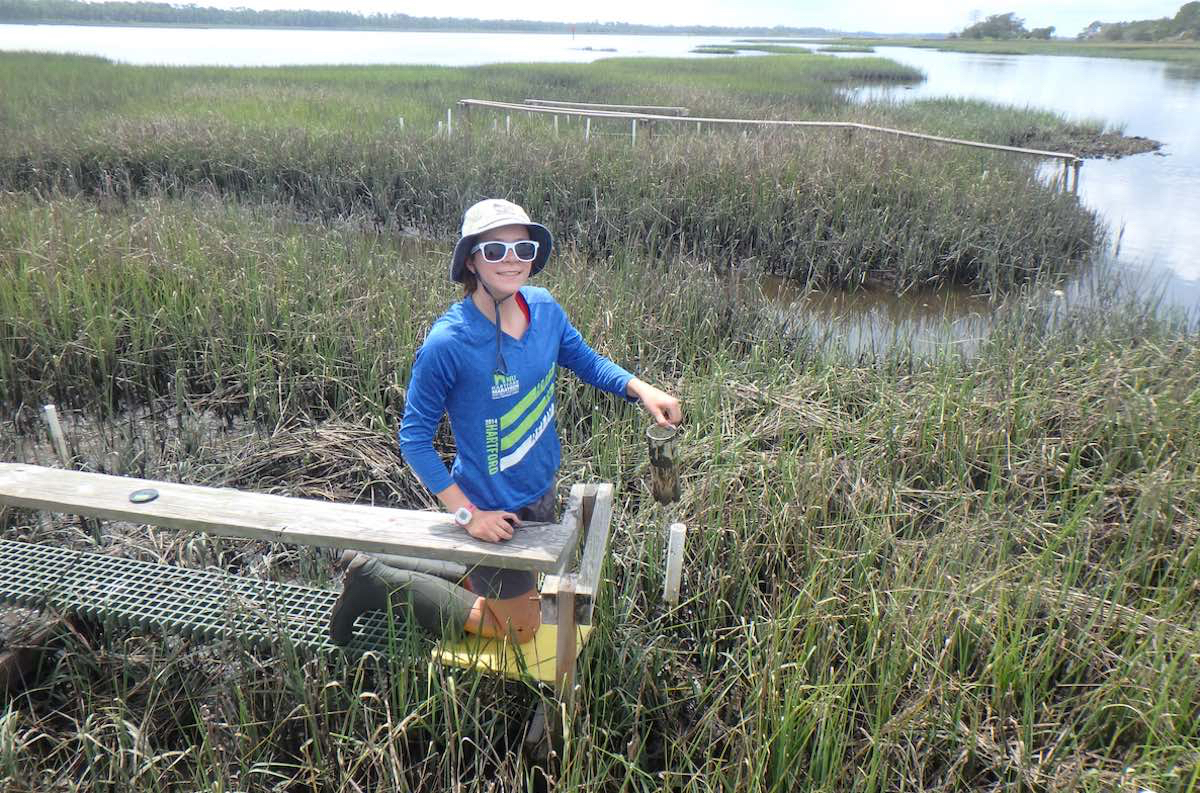 Reserves used a variety of creative sampling techniques, including the use of tennis ball cans inserted into marsh as pitfall traps in Florida. Photo courtesy of the GTM Reserve.

“Patterns in nature differ across scales,” notes Dr. Kerstin Wasson of the Elkhorn Slough Reserve in California, the study’s lead author. “What is true at one scale may not be true at another. We found that crabs can cause a lot of harm at a local scale, in some parts of some marshes, but they don’t seem to be a main cause of marsh dieback at a national scale.”

While crabs did not have a strong overall influence on salt marshes, elevation did. Lower parts of the marsh are submerged more often and tend to have poorer overall health. This study suggests that rising sea levels associated with climate change pose a bigger threat to the nation’s salt marshes than do crabs. However, since the study found that crabs are more abundant, and cause more harm, at low elevations, climate change will also impact the effects that crabs have on marshes.

“We’ll be seeing more crabs in our marshes as waters rise,” says Dr. Kenny Raposa of the Narragansett Bay Reserve in Rhode Island, another lead scientist of the study.  “The health of our marshes will be challenged by rising seas and increasing crab burrows at the same time.”

Little evidence of crabs across a marsh at Rhode Island’s Narragansett Bay Reserve (left) until one reaches the edge of the tidal creek (right).

Restoration measures that help marshes stay higher, where they are less likely to be susceptible to rising seas or crab burrows, will be essential. Raposa and Wasson are leading another collaborative study across eight Reserves that is examining the effectiveness of adding soil to raise marshes to help them survive in the future. The study is sponsored by the National Estuarine Research Reserve Science Collaborative.

“Science with a national impact is what the Reserve System is designed to deliver,” says Roth. “We are thrilled that the new Davidson Graduate Research Fellowship will make it possible for the next generation of scientists to focus on these issues.” 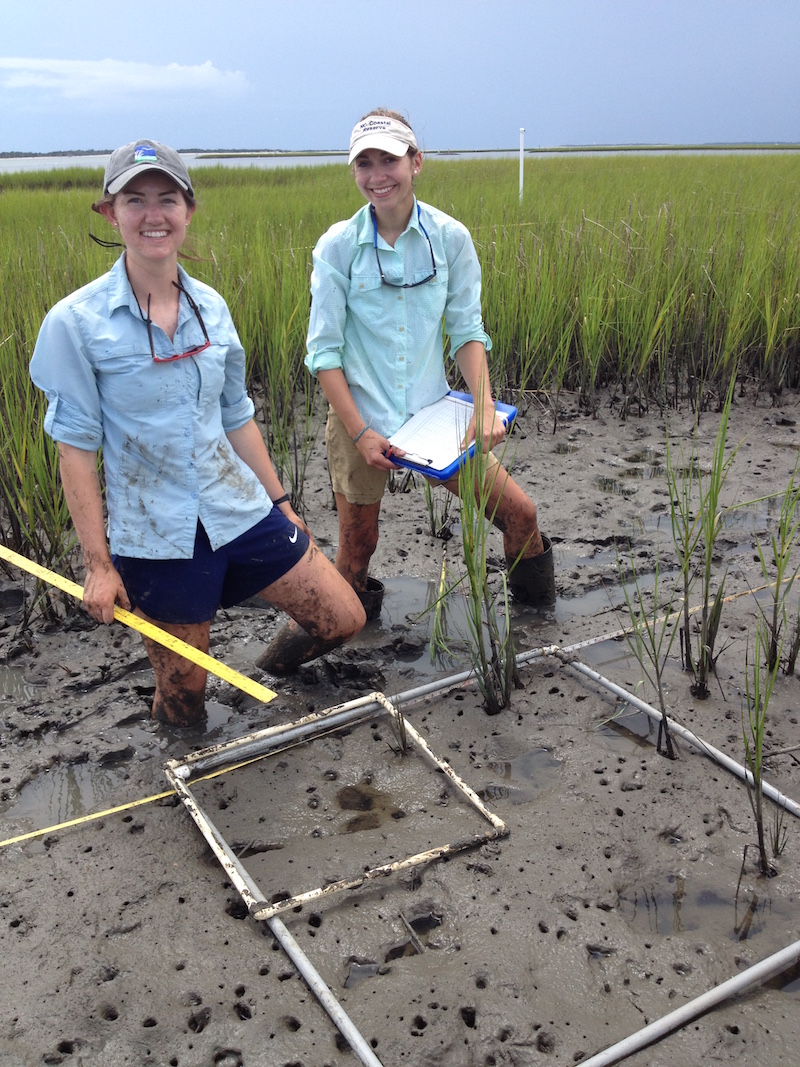 Share This
What We Work ForHealthy HabitatsAre Crabs Killing the Nation’s Marshes?