Baby Boom at the Slough 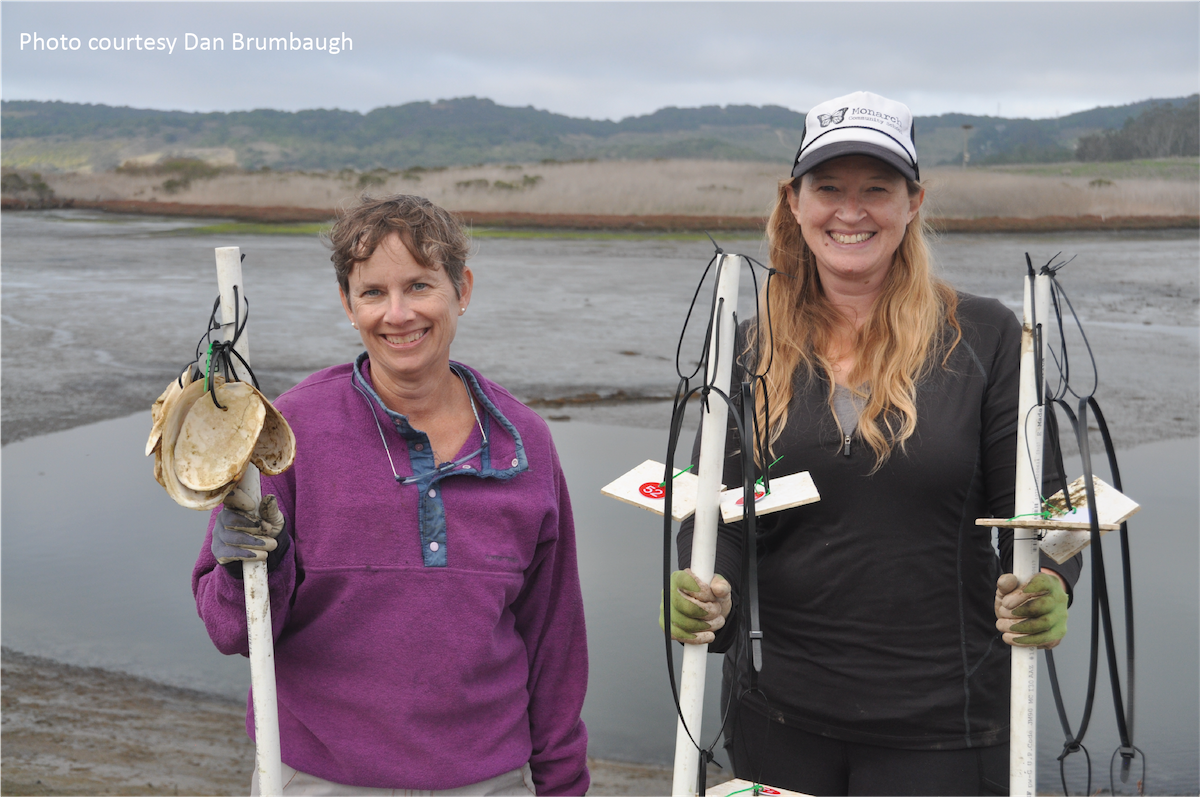 Last December, California’s Elkhorn Slough Reserve experienced a baby boom. Some 10,000 juvenile Olympia oysters were deployed in the tidal waters of the Reserve.

Native American middens and paleoecological records show the Reserve was once home to a thriving Olympia oyster population. Today, however, the Slough is at risk of losing this foundational species. The problem? While these native oysters grow well in the area, they just are not making babies.

“Since we began monitoring in 2007, we rarely see natural recruitment of new juvenile oysters,” says Kerstin Wasson, the Reserve’s research coordinator. “We want this iconic bivalve to continue in the estuary for future generations. Our studies suggest reproduction really is the bottleneck, so we turned to aquaculture to help them along.”

The work began in 2018, when the Reserve partnered with the Moss Landing Marine Laboratories (MLML) to rebuild the declining Olympia oyster population, with the help of a grant from the Anthropocene Institute. The team collected a few of the remaining adult oysters and bred them in a hatchery. After a few months, they brought 2,000 juveniles back to the Slough. The scientists observed the oysters’ survival and growth was as good or better than wild oysters. In fact, these hatchery-raised shellfish were almost the only oysters left in the estuary by the start of 2021.

The success of that pilot led to a new round of aquaculture in 2021. The Reserve, MLML, and California Sea Grant partnered to bring the hatchery-raised oysters back to the lab to serve as the parents for the next round. A team of students and researchers worked together throughout the summer and fall to breed, feed, and nurture 10,000 healthy juveniles. Together with the Amah Mutsun Tribal Band’s Native Stewards and other volunteers, the team settled these oysters in the main tidal creek at the newly restored Hester Marsh and in South Marsh.

What’s next for oyster aquaculture at the Reserve? “There will be more of it, and more partnership with Native Americans, this time funded by the Ocean Protection Council,” says Wasson. “Together we hope to increase oyster numbers and get them over a threshold where they will reproduce regularly in the wild and sustain themselves again.”

Adult oysters were brought from Elkhorn Slough to Moss Landing Marine Labs. They released larvae into the water.

Clam shells hang in tanks at MLML to provide a place for oyster larvae to attach.

Juvenile oysters on the clam shells are measured and data entered on iPad.

Once monitored and measured, the oysters are deployed to their new home by people dressed for and comfortable in muddy conditions.