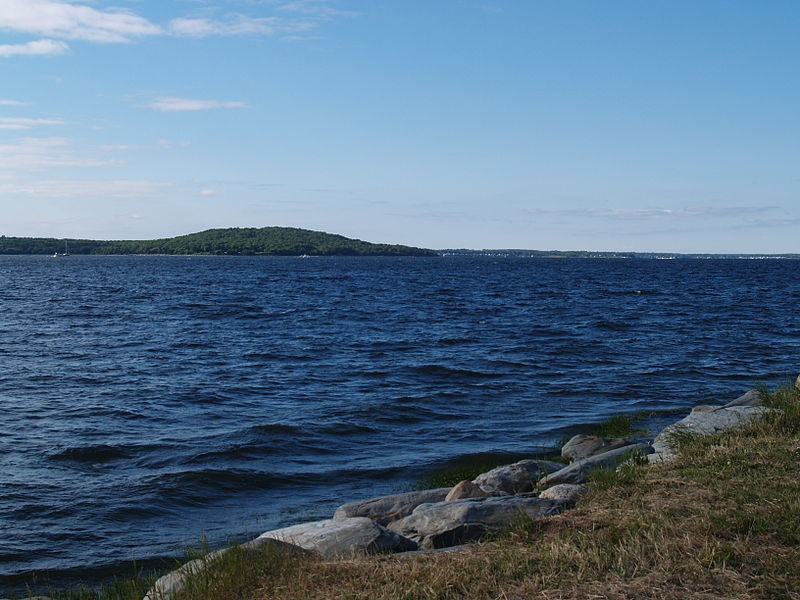 Rhode Island’s Narragansett Bay Reserve works to protect local communities and infrastructure that are at risk from flooding and erosion through projects like PREP-RI. Photo courtesy of Marc N. Belanger.

With increased heavy rain events and sea levels expected to rise by more than nine feet by 2100, many Rhode Island communities are more than ready to PREP. Providing Resilience Education for Planning in Rhode Island (PREP-RI) is a modular, online training for local officials and anyone else who wants to learn how to improve community resilience to flooding and erosion.

The training was developed by Rhode Island’s Narragansett Bay Reserve, Rhode Island Sea Grant, and the University of Rhode Island Coastal Resources Center. It addresses the urgent need for increased resilience in the Ocean State.

Although it was designed to be online, members of the PREP-RI team also attend planning board and commission meetings to run the module and answer questions. In communities like Portsmouth, the team has held public workshops to identify vulnerabilities and brainstorm strategies to fix problems and protect existing assets. This work encouraged the Town of Portsmouth to successfully apply to the state’s Municipal Resilience Program for funds to build resilience. 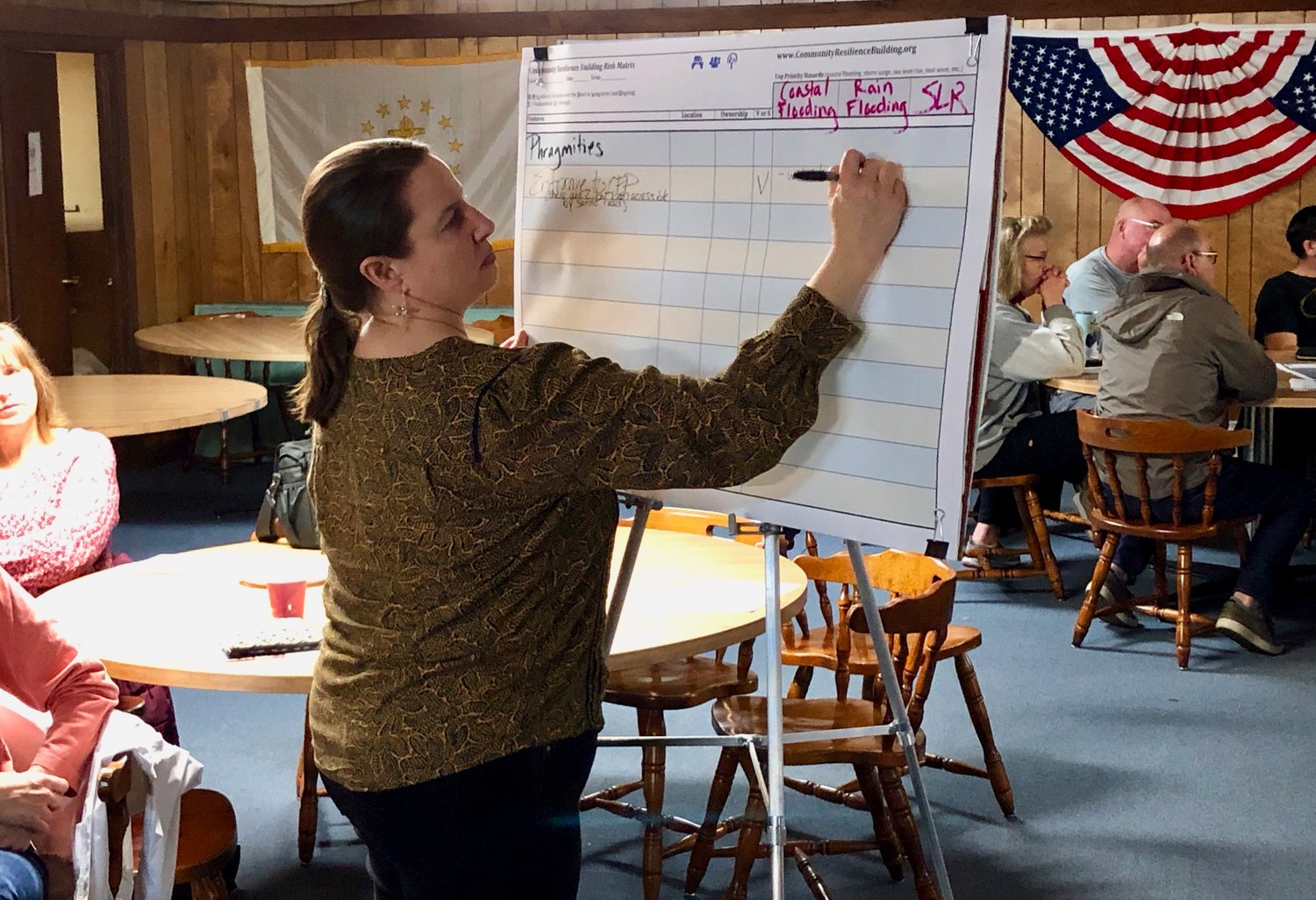 PREP-RI won an award from the American Planning Association’s Rhode Island chapter and has been commended by Representative Lauren H. Carson of the Rhode Island General Assembly.  “PREP-RI is exactly what we need to launch a statewide comprehensive training program for land use decision-makers,” says Carson.

It’s also exactly what planning boards and commissions need to comply with a new law that requires at least two hours of training related to flooding and sea level rise. It is now the primary training that satisfies that requirement.

“The legislation aims to ensure that those with the front-line duties of determining whether, where, and how we build our communities have information and tools to ensure new development and redevelopment is done with an eye toward protecting assets from rising sea levels,” says Carson.

According to West, planning board members see the training as something that can level the playing field and bring newer members and those without specialized knowledge up to speed. “It’s a good way to get everyone on the same page; even more experienced planning board members have commented on how much they appreciate that,” says West.

Some see PREP-RI as the beginning of their education for a better, more resilient Ocean state. West says, “The training has sparked some planners to do more, for example, to bring in specialists as a follow up.”

The PREP-RI team predicts that similar trainings will be offered for other coastal communities. “There’s been a ripple effect,” says West. “Connecticut wants to do a similar set of modules customized for them, and other New England states are interested, too.”

Although today is what passes for “winter balmy” on Narragansett Bay—low forties, clear, a light wind—it’s still cold enough to remind local snowbirds of the human variety to fly south. If they do, they might miss seeing one of the state’s increasingly popular winter residents, the harbor seal.

Coming in from destinations north every fall, these “dogs of the sea” love Narragansett Bay in the winter, when waters are chilly and flush with herring. In recent years, harbor seal populations in Rhode Island have grown as more northern species are traveling further south to state waters.

Watching harbor seals sun themselves on rocks and play in the water just feet from the shores of our Narragansett Bay Reserve is an inspiring sight. For Reserve staff, their arrival not only marks a change in the season, it is a signal that other migrants will soon to be coming to use the Bay’s many protected coves, dunes, and marshes as a winter refuge. It’s also a sign of hope: harbor seals would not make Narragansett Bay their winter home without clean water and a healthy ecosystem.

Thank you, harbor seals! Your presence on Narragansett Bay inspires us to work harder to meet the challenges ahead for 2019.

Have you had an encounter with a harbor seal or another critter at one of our Reserves? We’d love to hear about it! Share your Reserve story.

Estuaries Are For Everyone

Estuaries Are For Everyone

Watching a heron hunt, walking along a golden marsh, fishing on a misty morning—little compares to the sense of wonder we get from being on the coast. For National Disability Employment Awareness Month, we are celebrating some of the advances Reserves have made to make estuaries part of everyone’s coastal experience.

Finding the Right Words: Before 2018, American Sign Language (ASL) had no signs for words like “estuary,” or “watershed.” For people with hearing loss, this creates a barrier to experiencing and learning about the coast. That’s all changing, thanks to educators at our New England Reserves and their partners. Teachers and interpreters for people with hearing loss now have access to ASL coastal terms and instructional videos through the Teachers on the Estuary curriculum at the Wells, Waquoit Bay, and Narragansett Bay Reserves. Read more in the The Wrack from our Wells Reserve in Maine.

Making Trails More Accessible: California’s Elkhorn Slough Reserve has a new ADA-compliant trail welcomes visitors of all physical abilities, and features a flat, gentle path through a variety of habitats. 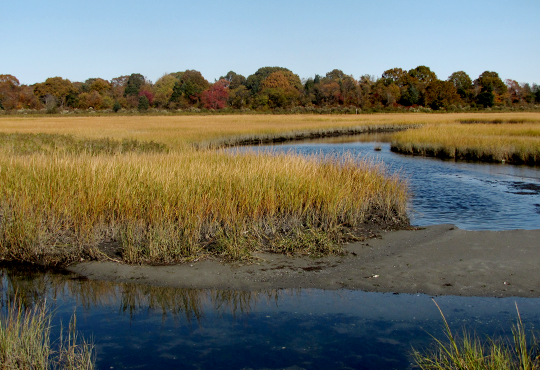 Some excellent news from Capitol Hill: the Senate unanimously approved a resolution designating the week of September 15 through 22, 2018, as National Estuaries Week.

Sponsored by U.S. Senator Sheldon Whitehouse (Rhode Island) and 26 others, the bipartisan legislation recognizes the importance of coastal and estuarine regions to our national economy, and reaffirms the Senate’s continued support for protecting and restoring these vital resources.

“Estuaries are a big part of life in Rhode Island. They sustain our economy, from fishing to tourism to hospitality.  They protect us from storms, and serve as nurseries for all manner of marine and other wildlife. And they are the backdrop to so many happy memories with our families and friends,” said Whitehouse, who serves as co-chair of the Senate Oceans Caucus and also sponsored legislation to reauthorize the National Estuaries Program in 2016.

“We are so grateful to the efforts of senator Whitehouse and his colleagues for recognizing how important it is to work together to protect and manage estuaries as a nation,” says Rebecca Roth, NERRA’s executive director. “The benefits that Rhode Island receives from estuaries are experienced in every coastal state.”

According to the National Oceanic and Atmospheric Administration (NOAA), estuary regions cover only 13 percent of the land area of the continental United States, but make up nearly half of the country’s economic output. However, these vital resources considerable threats due to changing land use, pollution, and the impacts of climate change. Programs like the NERRS and the National Estuaries Programs are on the front lines of understanding how these vital resources function and conserving them for future generations. 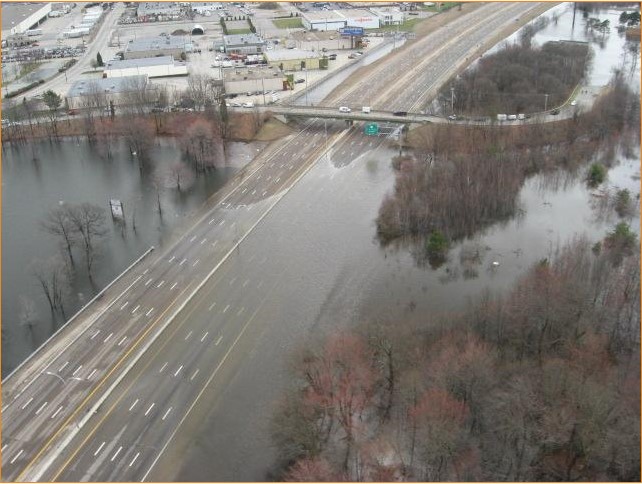 Last January, NOAA released a report projecting Rhode Island’s sea levels to rise by more than nine feet by 2100. For Ocean State mayors like Warwick’s Scott Avedisian, the question is not “will we have more heavier, more damaging floods, it’s what can we do to we prepare for the next ones?” Building resilience, however, is a significant challenge that requires community governments and residents to understand and act on complex, science-based information.

That’s why Avedisian and other Rhode Island decision makers appreciate PREP-RI (Providing Resilience Education for Planning in Rhode Island)—a series of online modules that provide a resource for local officials and anyone else wanting to learn about improving their community’s resilience to flooding and erosion.

West worked with University of Rhode Island’s Coastal Resources Center and RI Sea Grant to develop the series. Modules cover topics including flooding and infrastructure impacts, and they incorporate lessons learned from Rhode Island communities and tips on how to use existing resources and tools. The PREP-RI team’s work was recently recognized with a Rhode Island Chapter of the American Planning Association Special Project Award.

“We all have to pull together to answer the question of how to prepare, and that’s why educational series like this one are so important,” says Mayor Avedisian. “We need to be better informed about our options as decision-makers and citizens. We rely on the Narragansett Bay Reserve, URI, and their partners for this kind of programming.”

What role do salt marshes play in a changing climate?

What role do salt marshes play in a changing climate? 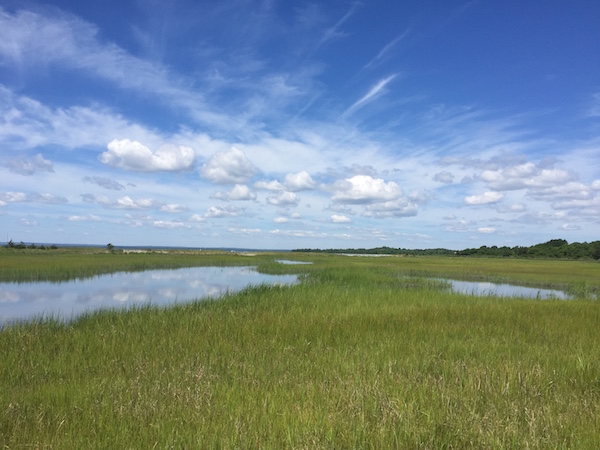 I have always been interested in understanding how to strike a balance between coastal development and preserving natural areas. I knew that Nag Marsh—a pristine site located on Prudence Island and part of the Narragansett Bay Reserve—would be an ideal reference site for my work.

My research examines how chronic nitrogen loading from coastal development impacts how greenhouse gases are absorbed and released from salt marshes. Natural sinks for greenhouse gases, salt marshes capture and store large amounts of atmospheric carbon dioxide. This ability can help mitigate climate change, but nitrogen flowing into the marsh can reverse this trend, altering marshes so that they become sources of greenhouse gases.

I look at what happens to marshes when they are exposed to different amounts of nitrogen from runoff and groundwater. Nag Marsh has little development so it was an excellent place to represent what happens when nitrogen input is low. To measure the greenhouse gases emanating from a marsh, I use a large analyzer that connects to a chamber on the marsh surface via tubing that allows for real time measurement of the gases. Pulling that 100-pound analyzer is quite the workout! And it can be a bit stressful when clouds are looming overhead as I work with electronic equipment that cannot get wet. 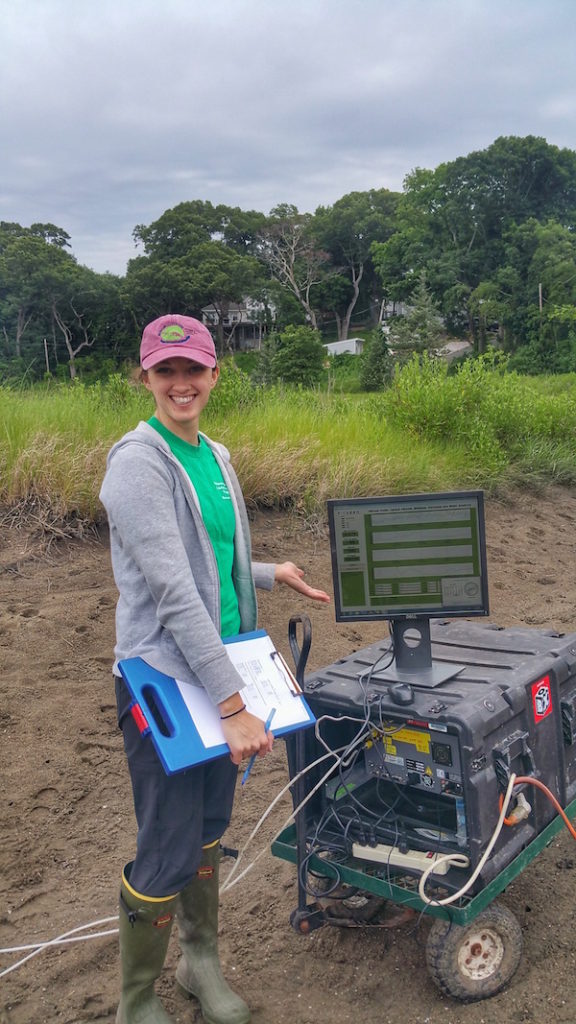 My favorite part of this research is that it contributes to a larger project called Bringing Wetlands to Market, which examines the feasibility of generating financial incentives to protect and restore salt marsh ecosystems through the creation of a carbon market for coastal wetlands. This would operate much like a carbon market that uses trees to offset carbon emissions through the purchase of credits.

Historically, coastal wetlands have been lost at rapid rates due to coastal development. This continues to be the case, so providing a financial incentive to protect and restore them would be a valuable option to preserve these important ecosystems.