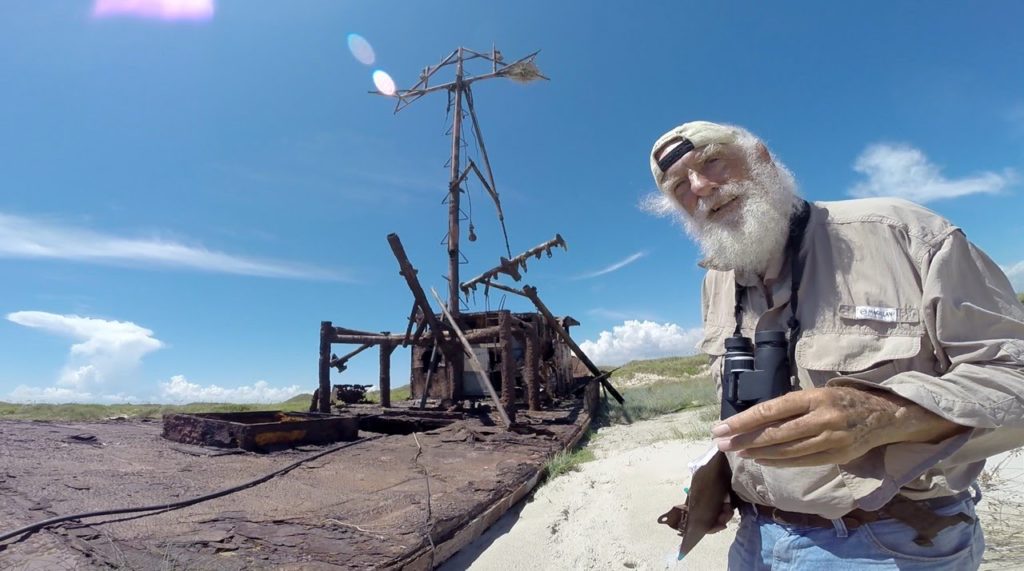 Photo courtesy of the Mission-Aransas Reserve

Tony Amos first saw ocean trash in 1965 and he’s been working to address the problem ever since. For more than three decades, he has surveyed the Texas beaches of Mustang and San Jose Islands, monitoring the effects of weather and garbage on the fragile dunes.

All told, he has conducted more than 6,000 beach surveys, counting everything from birds and people to helicopters and trash. He also maintains an “ambulance service” for the swimming and flying wounded as part of the Animal Rehabilitation Keep (ARK) at the University of Texas Marine Science Institute.

A natural educator and communicator, Tony has written more than eight books, 50 scientific publications, and 1500 articles for the local paper, the Port Aransas South Jetty. Last year, amid many other honors, he had a seven-mile stretch of beach named after him on Mustang Island.

In 80 years of life and work, Tony has built a legacy that will inspire those who care about Texas coasts for years to come.

“Tony has brought more awareness to the NERR and has been an advocate for stewardship of our environment,” says Jace Tunnell, manager of the Mission Aransas Reserve. “I see him as a mentor and a friend. I hope that after a long career that I can look back and know that I’ve had an impact on not only the science, but the community, as Tony has done.”

Share This
What We Work ForClean WaterLittle Help from Our Friends: Tony Amos