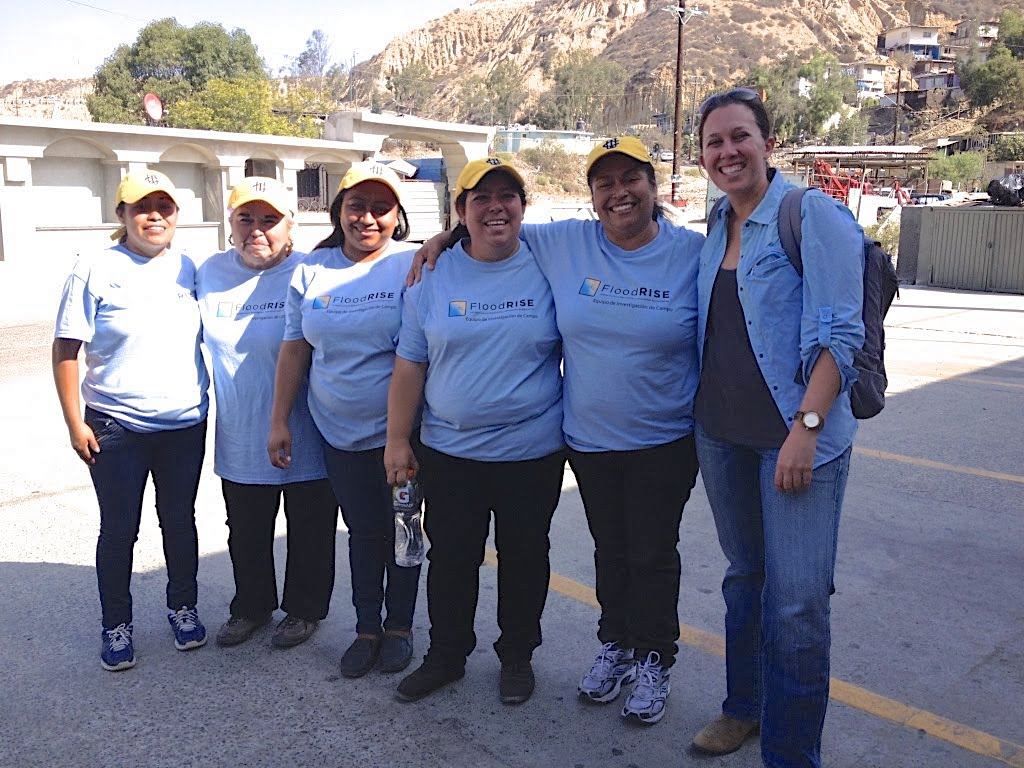 Photos courtesy of the Tijuana River Reserve unless otherwise noted.

Residents of the Tijuana River watershed know pouring rain can mean more than an afternoon spent indoors. In the worst cases, sediment and debris bury sensitive habitats, impact evacuation routes, and cause head-high flooding in communities in Los Laureles Canyon, in Tijuana, Mexico.

“Flooding can not only cause ecological damage, it also presents major risk to human health and security in local communities,” says Kristen Goodrich, coastal training program (CTP) coordinator at the Tijuana River Reserve. 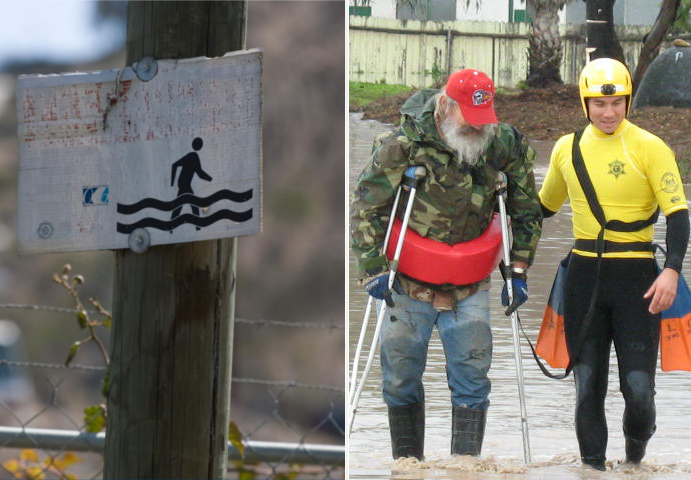 Navigating these risks gives residents on the U.S. and Mexican sides of the watershed unique knowledge that can help their communities be more resilient in the future. Their experiences informed the Flood Resilience Infrastructure and Sustainable Environments (FloodRISE) project —an initiative to promote resilience to coastal flooding in Southern and Baja California by mapping hazards and making this information available to local communities.

FloodRISE is led by the University of California, Irvine, and funded by the National Science Foundation. As part of the interdisciplinary project team, the Reserve’s CTP focused on research impact and integration at the project’s southern sites. They created a bridge between the project and local communities by applying collaborative modeling, an iterative process that brings scientists and decision-makers together to define problems and find solutions.

Through this process, local residents helped shape the project’s flood models, maps, and, ultimately, a hazard viewer that can be used to support planning and response. 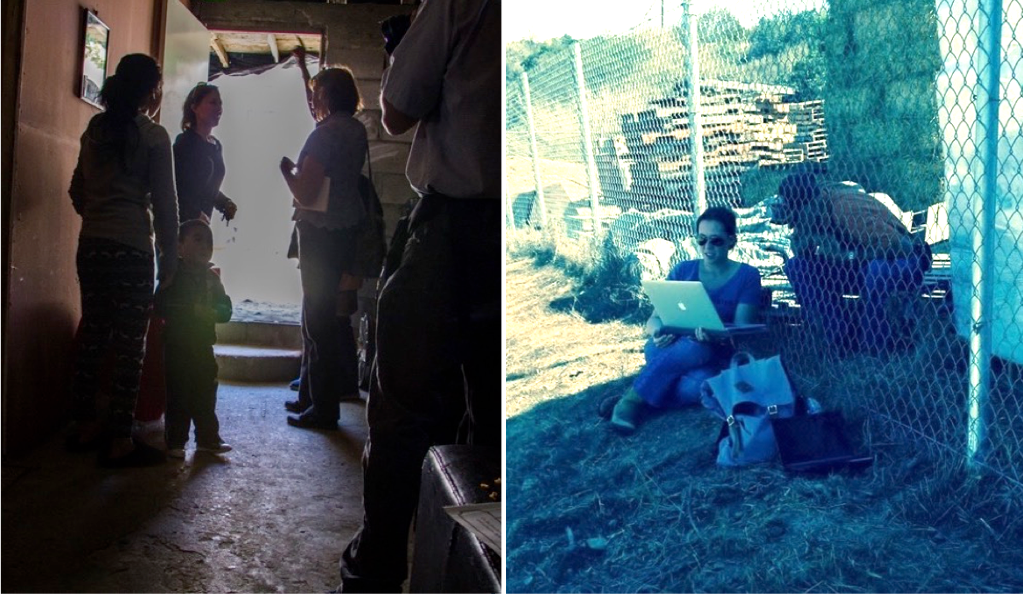 Social scientists, including Goodrich, conducted in-depth interviews, surveys, and focus groups with community members on both sides of the border to better understand aspects of their lived experience with flooding.

This approach, grounded in rationale from the public health field, built upon community strengths. For example, surveyors in Tijuana were also community members, which according to Goodrich, increased participation.

“The high completion rate—more than 365 surveys collected in a steep, erosive canyon—was largely due to engaging people who live in the community in the research process. They know, far better than us, about the issues and the best approaches for reaching and working with vulnerable populations and navigating—literally—difficult terrain.”

The Tijuana River Reserve was also able to point researchers to city planners, emergency responders, and others who could provide critical feedback on their model and how well they addressed decision-making needs.

“In Los Laureles, we knew the initial models weren’t depicting what was happening,” says Goodrich. “Through collaborative modeling we were able to reflect the reality—that significant debris can block flood water conveyance channels. One resident told us about a mattress blocking a culvert that caused head high flooding—that’s something we couldn’t have known without going into the community and listening.” 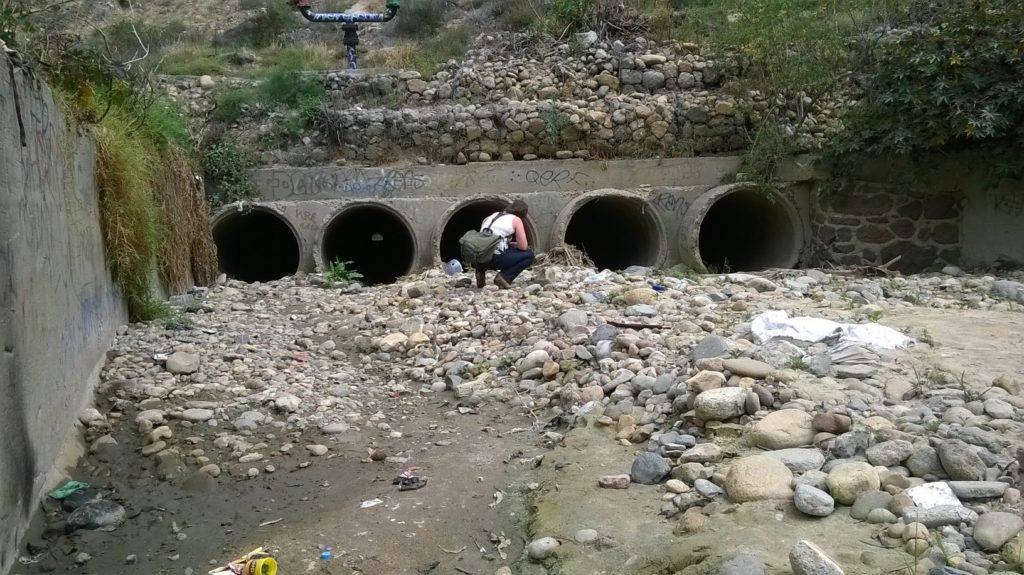 The FloodRISE hazard viewer reflects their knowledge by including, for example, the ability to see what happens when flood channels are blocked. CTP provided training to decision-makers, including community members, on the viewer to support its use in land use planning, emergency response, and wetlands restoration, and ultimately, improve flood resilience.

The Reserve is also developing a partnership with Protección Civil, a Mexican emergency preparedness and response agency, building upon efforts through NOAA’s Marine Debris Program. Their goal is to develop training and educational materials to promote awareness of the relationship between solid waste and flooding, encourage residents to take actions that clear flood channels before a rain event, and equip decision makers with science-based information to improve policy response. 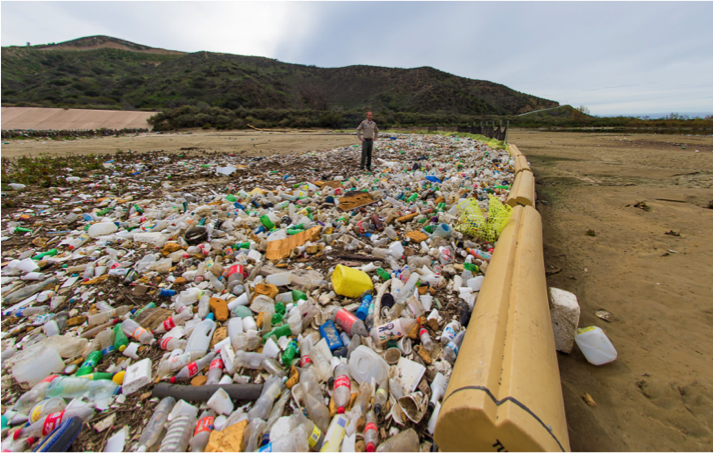 Intercepting the trash that enters the Tijuana River Estuary is part of the Reserve’s ongoing efforts to protect the estuary and reduce marine debris.