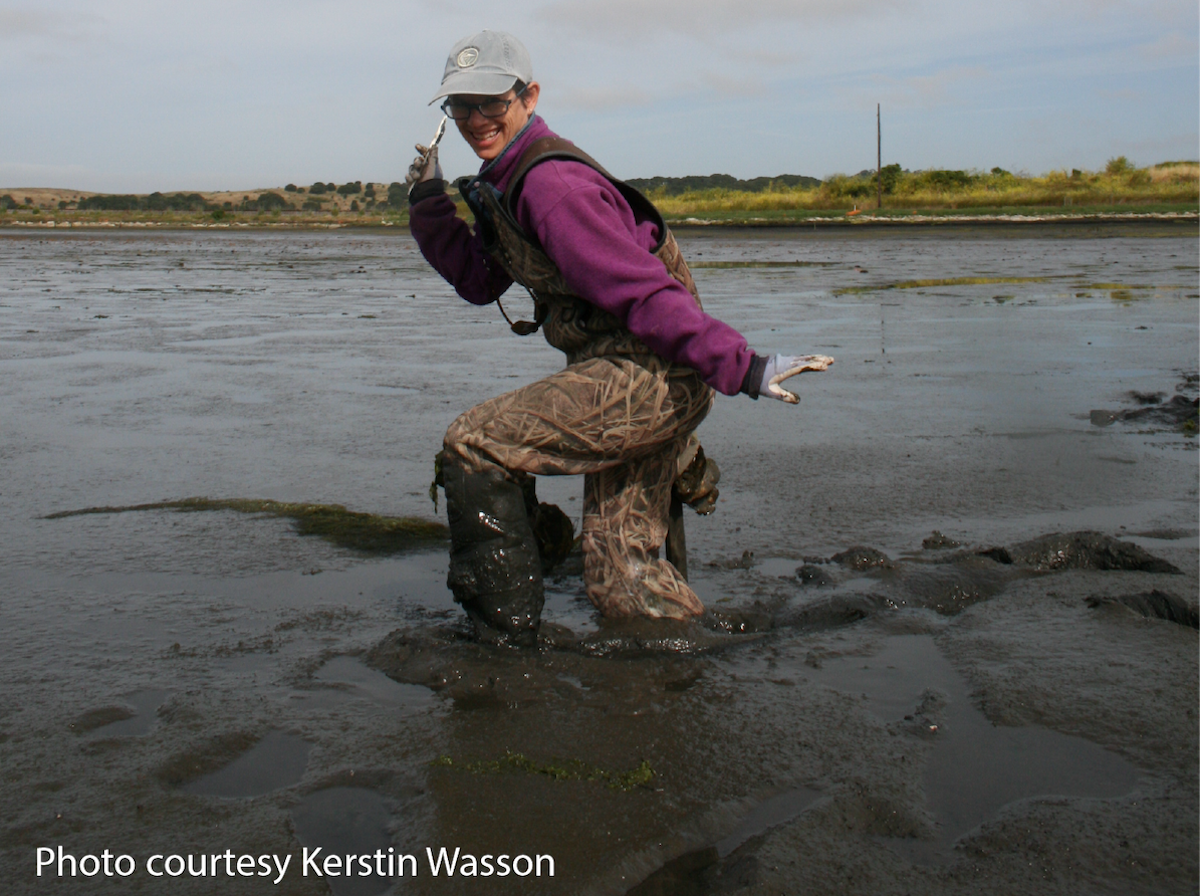 When the pandemic hit, oyster scientists up and down the West Coast found themselves stuck at home, rather than out in the mud (where they like it). The result? A new paper in the journal PLOS ONE that synthesizes more than 2,000 records detailing the abundance and distribution of West Coast oysters since the 1600s. The study chronicles the dramatic decline in populations of the native Olympia oyster and the rapid rise of the non-native Pacific Oyster.

“The Olympia was harvested by Native Americans for millennia, but now it’s so rare many people have never seen one,” says senior study author Kerstin Wasson, research coordinator at the Elkhorn Slough Reserve. “This paper provides information that those of us focused on bringing back this native species need to strategically design our restoration efforts.”

The investigation was spearheaded by scientists from The Pew Charitable Trusts and the Native Olympia Oyster Collaborative. Its results are publicly available through interactive maps hosted by the National Oceanic and Atmospheric Administration.

“Efforts to understand and restore the declining Olympia oyster have been ongoing for years, with some success,” says lead author Aaron Kornbluth with the Pew Charitable Trusts. “But to ramp up the scale and expand the geography of restoration projects, it helps to get the full picture of where these oysters are and where they used to be.”

Using interactive online tools, team leaders combined unpublished observations and records from oyster experts with published records. The resulting database provides an unprecedented look at West Coast oyster distribution and abundance. It shows that the Pacific oyster has a distribution and abundance remarkably similar to that of the Olympia, even though the non native shellfish was introduced via aquaculture only recently. 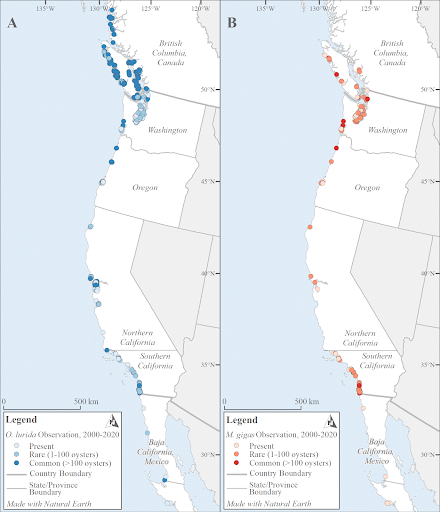 West Coast oyster abundance varies but is surprisingly similar for the native and non-native oyster species.

Native oysters in the northern part of the range are often found growing on top of each other on mud- and sand flats. In the south, this natural bed formation has nearly vanished, and most oysters are found on man-made structures such as pilings or rip rap.

“Based on our results, we recommend increasing efforts to re-establish natural oyster beds on the mudflats of California,” says Wasson. “For thousands of years, clusters of oysters grew on the mud of our estuaries. Let’s bring them back, for their own sake, and for the sake of the habitat such beds provide to other species.” 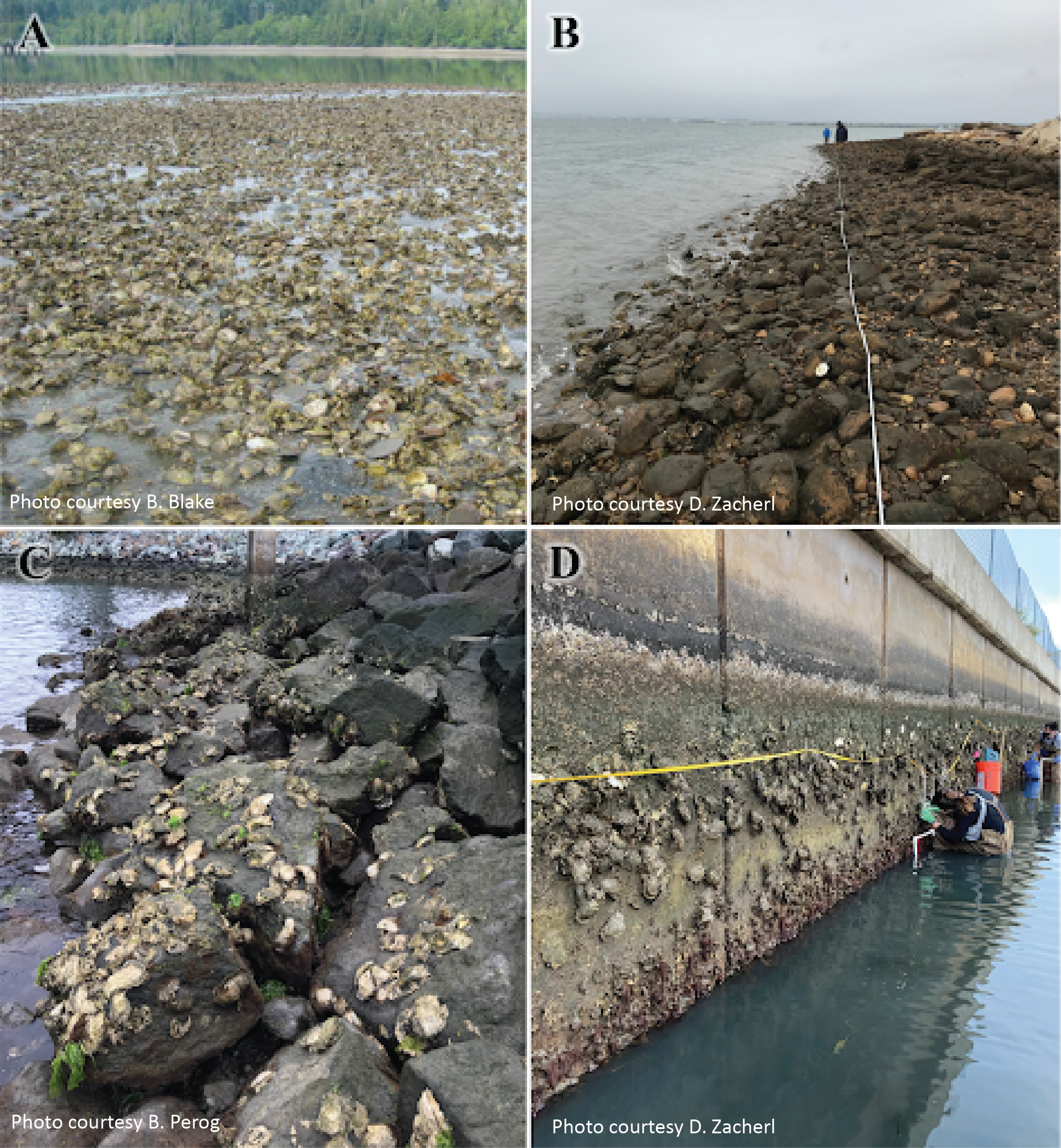