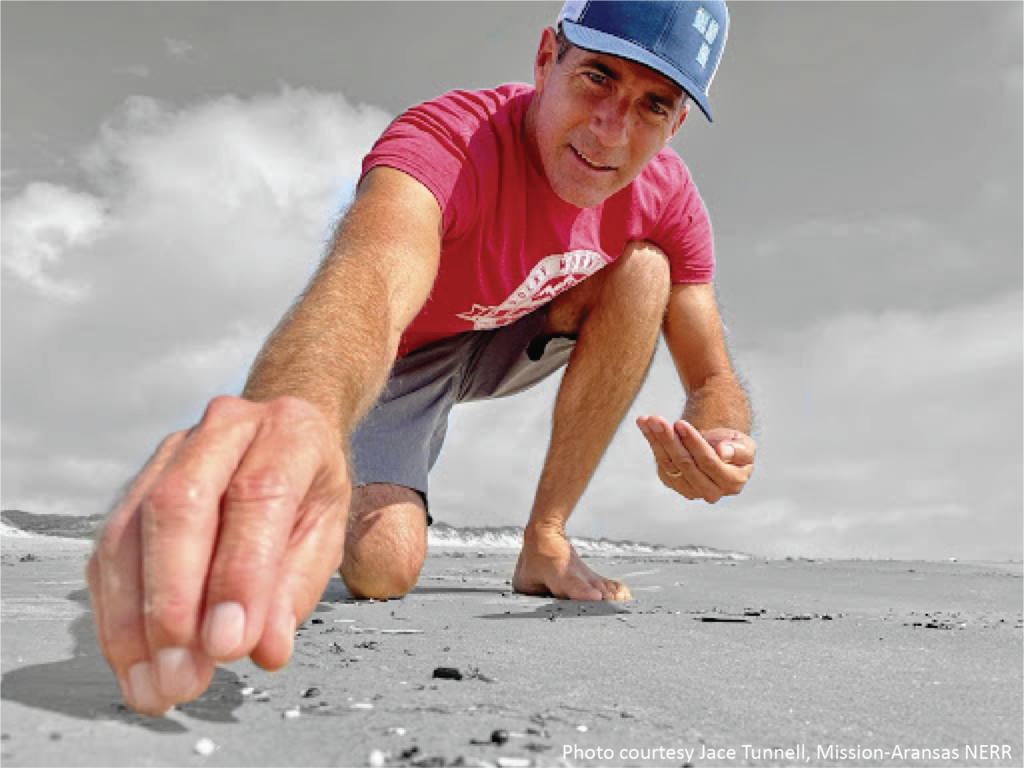 Jace Tunnell, Director of the Mission-Aransas National Estuarine Research Reserve, cleans up nurdles on the beach.

Thanks to a grant from NOAA’s Marine Debris Program and the Matagorda Bay Mitigation Trust, Nurdle Patrol is expanding into Mexico to help document nurdle pollution and identify those responsible for it.

“This addresses a critical gap in our understanding of the sources of plastic pollution in the Gulf,” says Jace Tunnell, Manager of the Mission-Aransas Reserve in Texas, home of a volunteer effort that has gone worldwide.

The majority of nurdles to date have been collected and recorded by a global citizen science project, Nurdle Patrol, a joint effort by the University of Texas Marine Science Institute and the Mission-Aransas Reserve. So far, the project has counted and cleaned up 1,614,956 nurdles, mostly in the United States. While nurdle pollution is particularly concentrated on the coast of Texas, it stands to reason that nurdles are washing up on beaches across the entire gulf. However, the data on nurdle pollution in Mexico is limited. 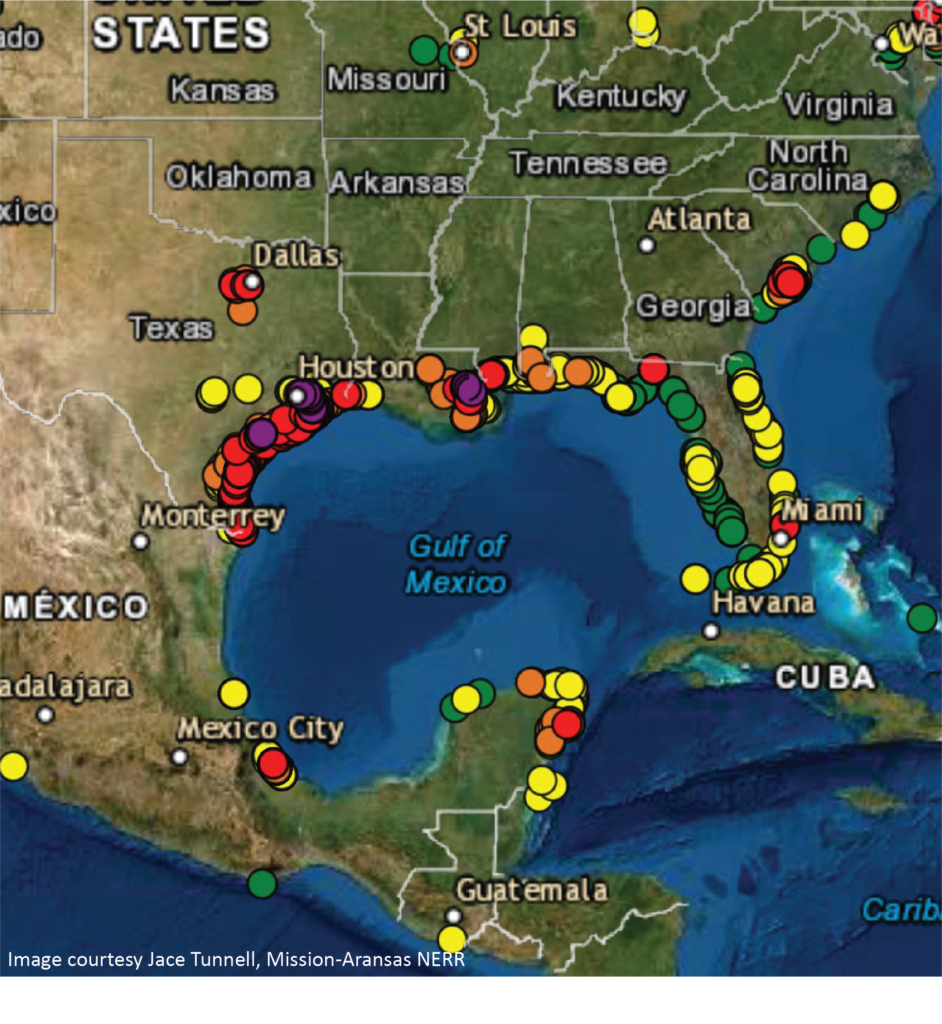 ArcGIS® map of survey locations and number of nurdles collected as of September 2021.

The University of Texas Marine Science Institute and its Mission-Aransas Reserve will work with the Universidad Veracruzana to build a network across Mexico; host a symposium on plastic pollution in Veracruz, Mexico; attempt to bridge gaps in data throughout the gulf; and translate the Nurdle Patrol website, app, Startup Kits, and Teacher Nurdle Kits into Spanish. Long term, the project aims to both reduce the amount of nurdles in the gulf and inform legislation on nurdle pollution.

“These projects will improve habitats and other ecological resources, and help build a foundation of knowledge and resources to change behaviors, raise awareness and promote the long-term prevention of marine debris,” says Jace Tunnell, Director of the Mission-Aransas Reserve. “We’re proud to support impactful, community-driven and cost-effective projects.”