Elkhorn Slough & Chesapeake Bay Reserve All Stars Do Us Proud 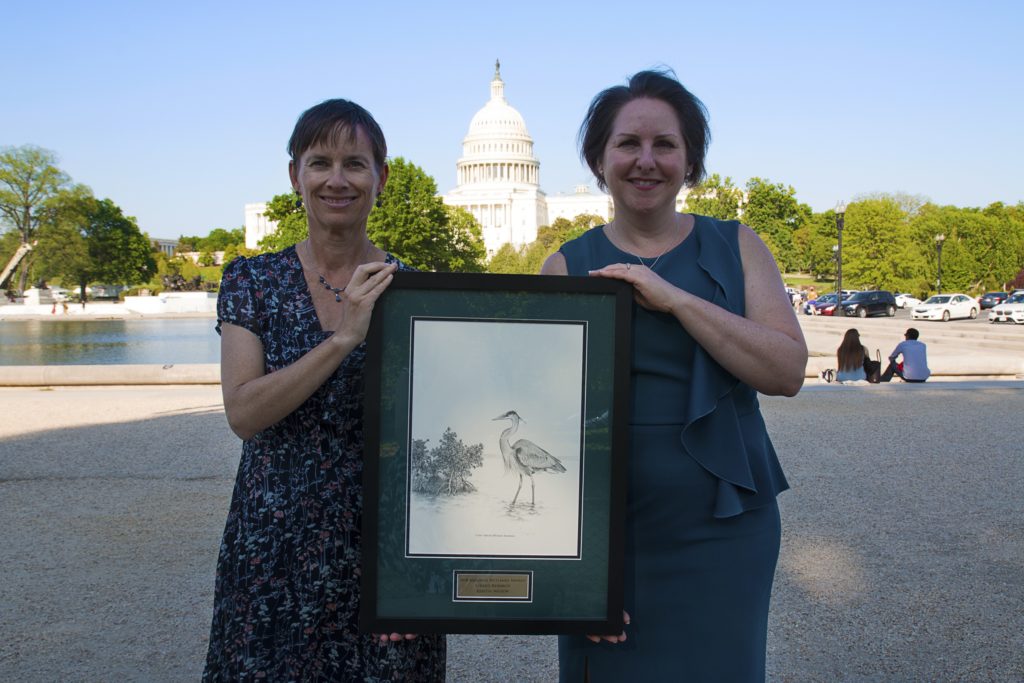 2018 National Wetland Award winner Kerstin Wasson (left)
with NOAA National Ocean Service Deputy Assistant Administrator Nicole LeBoeuf.
If you’ve been around the NERRS long enough, you know that when Dr. Kerstin Wasson puts her energy behind an idea, something good will happen. Since she joined the Elkhorn Slough Reserve 18 years ago, she has been like a force of nature as she advances wetland science, engages citizens as partners, champions wetland restoration, and leads System-wide initiatives that focus the collective power of Reserve research on critical national problems.

That’s why we were pleased, but not surprised, to learn that Kerstin received the Environmental Law Institute’s Science Research Award at the 2018 National Wetlands Awards last month. “Kerstin has distinguished herself as an outstanding scientist, dedicated conservationist, and esteemed mentor,” says NOAA’s National Ocean Service Deputy Assistant Administrator, Nicole LeBoeuf, who presented the award.

“We have a secret weapon to help protect our nation’s estuaries — Kerstin Wasson,” says Elkhorn Slough Reserve Manager Dave Feliz. “She thinks deeply about estuarine issues, initiates and implements investigations into these issues, applies the findings toward solutions-based actions, and communicates all aspects of the process in an engaging and effective manner.”

Kerstin is also an adjunct professor at the University of California, Santa Cruz, where she mentors graduate students on a range of subjects, including threatened red-legged frogs, sea otters, eelgrass restoration, and salt marsh ecology. With her students and colleagues, Wasson has published five papers in just the last two years, as well as coordinating research performed by others.

“Kerstin is so deserving of this award. She really is the heart and soul of the NERRS research community, says Dr. Kenny Raposa, who recently co-led a national assessment of salt marsh resilience to sea level rise that synthesized data from 15 Reserves.  “For me, it’s been such an honor to work with her over the years, exploring ways to help build coastal wetland resilience from coast to coast.”

COREEN WEILMINSTER: INSPIRING A BRIGHTER FUTURE ON THE CHESAPEAKE 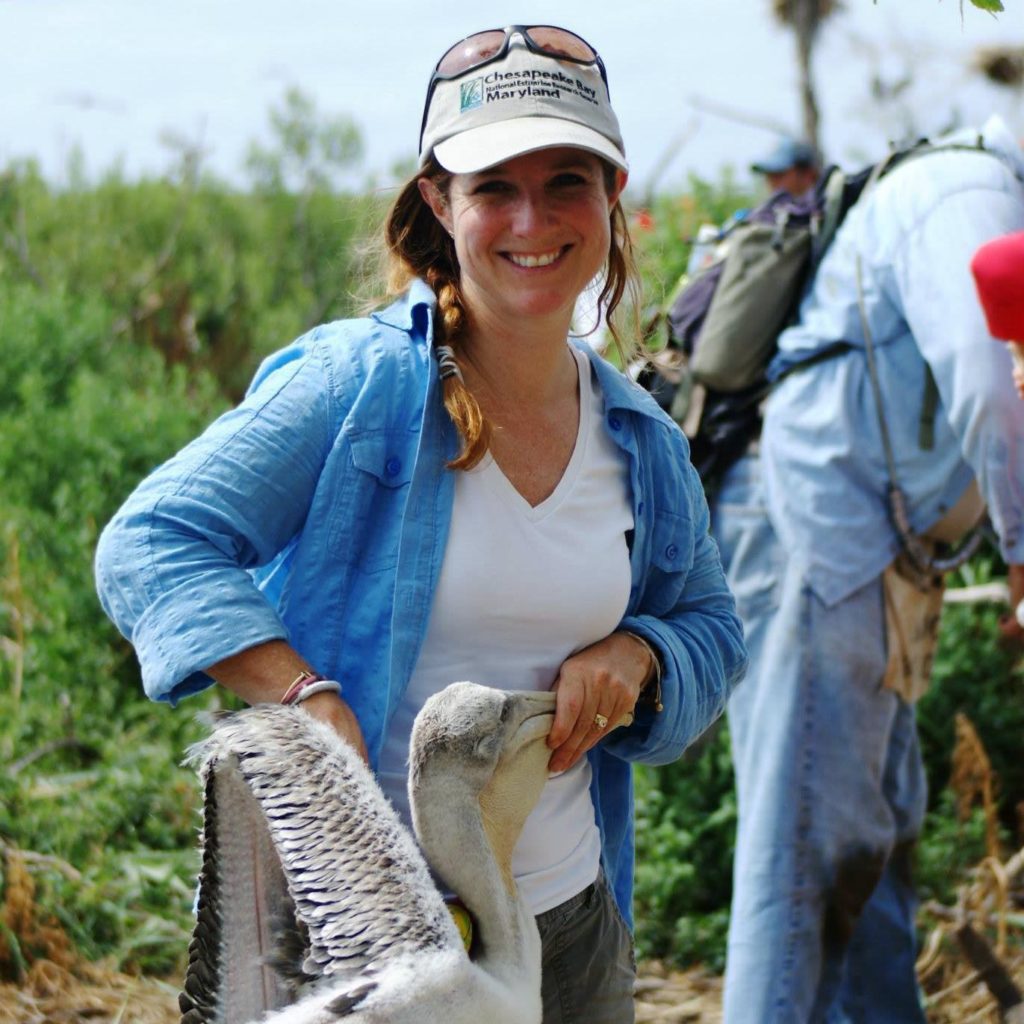 Chesapeake Bay Reserve Maryland Education Coordinator Coreen Weilminster.
Coreen Weilminster’s passion for environmental education and storytelling has been benefitting teachers and students in the Chesapeake Bay region for 25 years. Her work to bring the wonder of estuary life and science to students at Broadneck High School was recognized at the Anne Arundel County 2018 Excellence in Education Awards in May.

“As a result of this partnership, we were able to host representatives from the World Future Council, where we were able to share our sustainable practices and increase awareness of current practices in citizen science,” says Broadneck High School Signature Program Facilitator Michelle Weisgerber.

With her partners at Broadneck, Coreen organized a 135-hour internship experience that included the Plankton, Land Use, and Nutrient Studies Program, which provides an opportunity for students to participate in field testing at the Chesapeake Bay Maryland Reserve’s Jug Bay Wetlands Sanctuary.

“Our staff and partners are continuously inspired and uplifted by Coreen’s passion for the environment and her work ethic, says Jenn Raulin, manager of the Maryland Reserve. “However, her passion for helping younger generations is truly on another level. She spends countless hours carving out opportunities and experiences for students at all stages of their education.”

As education coordinator for the Maryland Reserve, Coreen is dedicated to building awareness of the science of climate change and promoting community resilience by using the best available data, creative storytelling, and other techniques to communicate solutions and opportunities for action.

“In a world faced with some pretty dire projections regarding our climate, its people like Coreen who give me hope that we are indeed working for a better future,” observes Raulin.