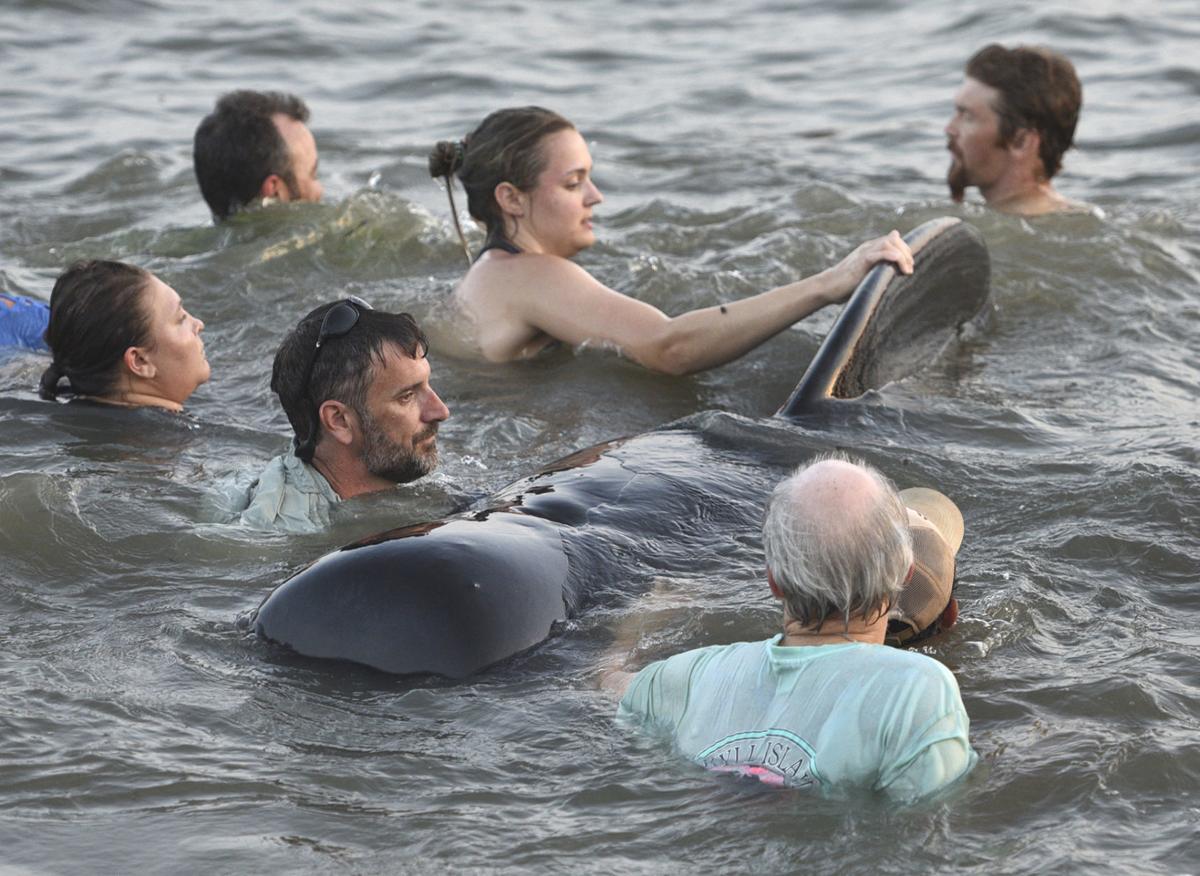 On July 16 at 6:30 PM, when most of us were enjoying dinner, Adam Mackinnon, the education coordinator at Georgia’s Sapelo Island Reserve got a call. It wasn’t about a teacher training or kayak tour or other Reserve event. Thirty-four short-finned pilot whales had mass stranded on East Beach in St. Simons and the Georgia Department of Natural Resources (DNR) needed his help.

“Like many Reserve staff, I wear many hats,” Adam says. “I was called because I had extensive experience when I worked for DNR’s Nongame Endangered Species program and have been involved with mass standings before.”

Pilot whales are normally found around 100 miles off Georgia’s coast and are known to strand in mass, sometimes by the hundreds. When Adam arrived, the event was already streaming on Facebook Live, so a sizable crowd had already gathered to watch events unfold. It even made the New York Times. 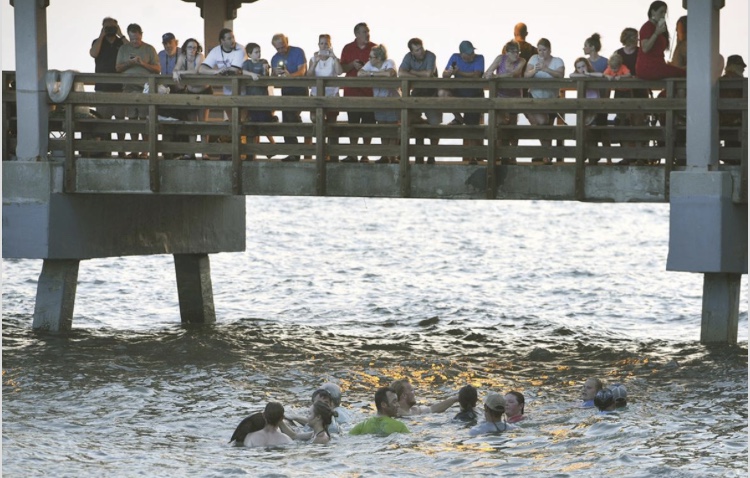 “Crowd control, informing the public, and educating all of the good Samaritans who wanted to help became a sizable task,” says Adam, who coordinated with DNR’s Nongame Conservation Section to decide the proper response.

The team determined that a large juvenile male was the potential cause of the mass stranding. The whale was injured or ill and sadly had to euthanize the animal at 1 am the following morning. As the small crowd of citizens helped shepherd the rest of the pod to safety, two other whales died on their own.

“Little is known about why whales strand in numbers like this,” says Adam. “This species has extremely close ties with other members of their pods and will often stay with a sick or injured whale no matter what. In this case, three whales died so that more than 30 could live. It could have been much worse without the all-hands effort.” 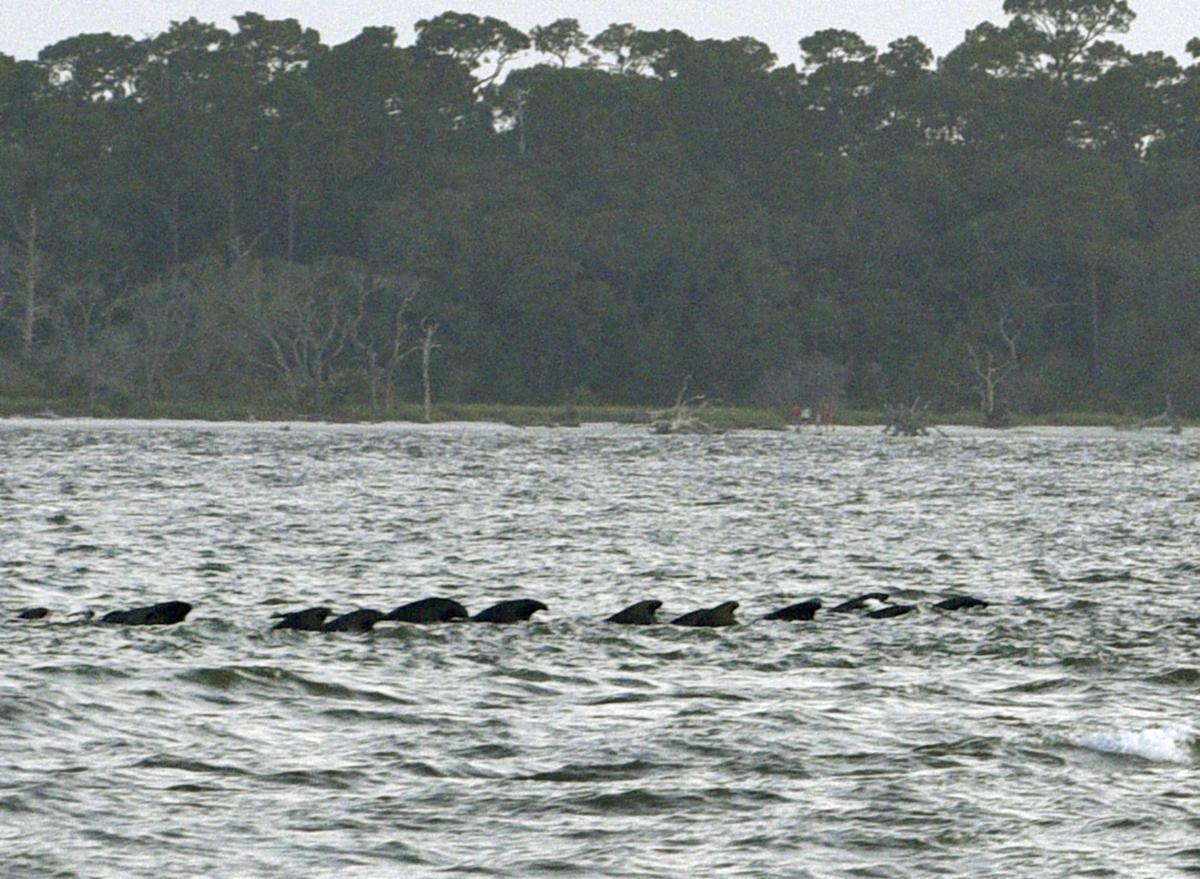