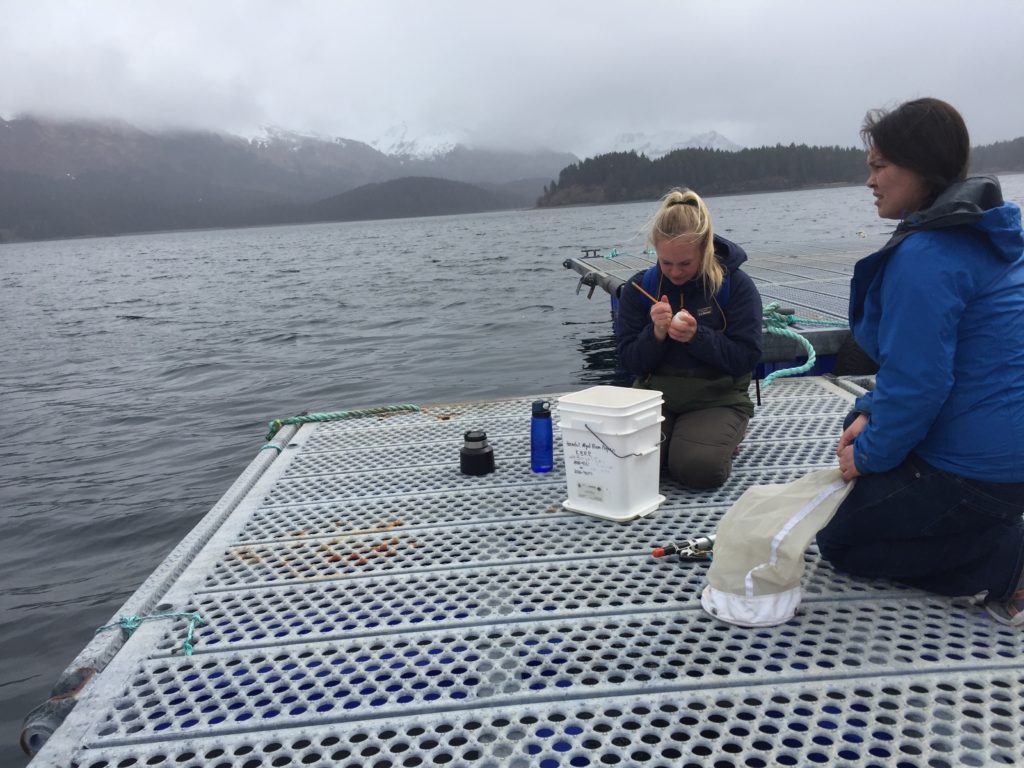 The impact of the Kachemak Bay Reserve’s harmful algal bloom (HAB) monitoring program has spread far beyond the shores of the bay. In addition to ongoing community monitoring, the Reserve has been facilitating the statewide Alaska Harmful Algal Bloom Network over the past year, which provides educational resources and public service announcements and facilitates connections between public health officials, social service workers, and communities from the Arctic to Southeast Alaska.

“In 2016, I was having to call as far away as North Carolina for the support we needed,” says Rose Masui, who directs the Reserve’s program. “Now, we can easily connect people with someone locally who can answer their questions if they feel sick or notice something strange.”

Consumers of HAB-affected shellfish can experience paralytic shellfish poisoning with symptoms that include tingling, lightheadedness, numbness, and even death. The impacts on shellfish threaten public health as well as the state’s economy. Alaskan shellfish generate an estimated $12.8 billion in economic output and 36 million pounds in recreational and subsistence harvest each year.

This year saw Alaska’s first paralytic shellfish poisoning fatality in over a decade. In addition, the COVID-19 pandemic has placed incredible strain on public health officials, making the Reserve’s work more vital than ever. Alaska is the only Pacific coastal state without a state government-administered monitoring program.

“With the lack of a statewide monitoring program, there would be no information going to communities about the safety of wild shellfish in Alaska if our program, and others like it, were not operating,” says Masui. “We want to work with and support state efforts, and we want to do whatever we can to keep people safe.”

“We try to help by providing resources to warn people as harmful algal blooms spread to new communities, many of which are very isolated. If something happens, you want to make sure the word gets out, but also that communities have something they can do about it.” 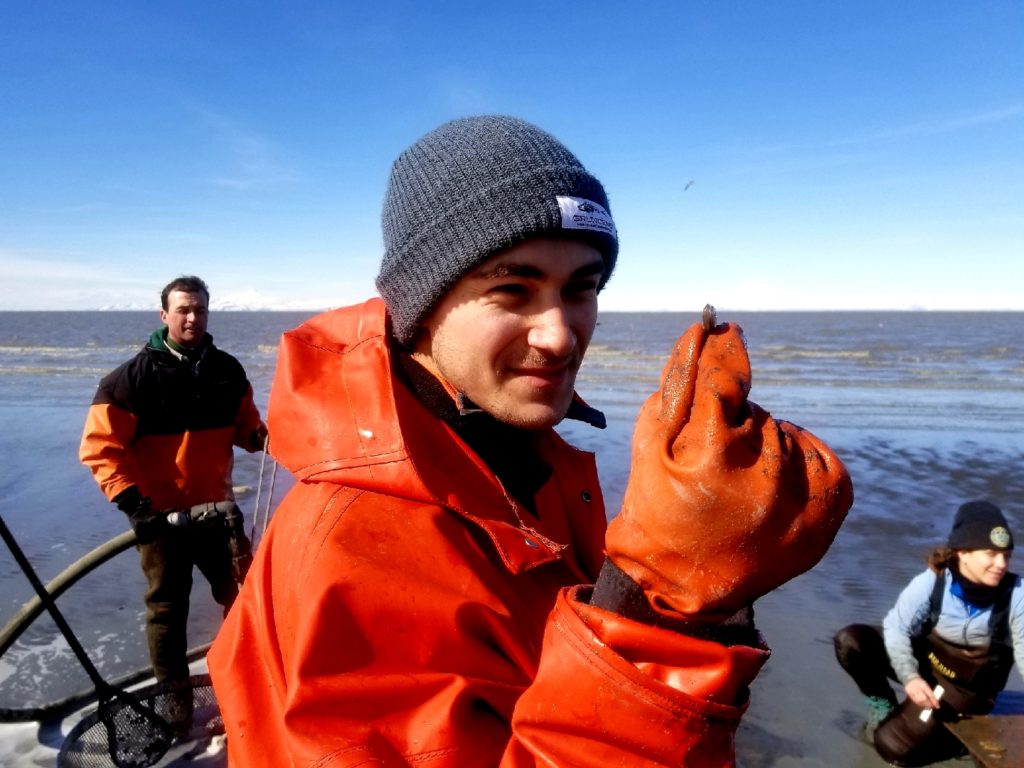 Supported by 25 community monitors, the Reserve publishes weekly monitoring reports for communities, the state’s shellfish-poisoning communication team, and recreational and subsistence shellfish consumers. During a harmful algal bloom event in 2017—which saw the most toxic shellfish ever recorded in Kachemak Bay—the Reserve was able to issue an early warning for Homer Harbor. While there were six reported illnesses potentially connected to poisoned shellfish, experts suggest it may have been much worse without the warnings.

“We’re grateful to be community monitors—it’s become an important resource for us to learn more about the health of our environment and subsistence resources,” says Stephen Payton, a community monitor with the Seldovia Village Tribe.

As with so many Reserves, Kachemak Bay’s work would not be possible without partnership. In addition to the community monitors and partners within the Alaska Harmful Algal Bloom Network, the Reserve partners with the Department of Health and the Department of Environmental Conservation on their HAB programs.

The program is also supported by researchers from other states: “Impacts of HABs include fish die-off and seizures in marine mammals,” says Masui. “We’ve seen that in California and now we’re seeing it in Alaska, too. We have researchers from other places who tell us what we should look for and provide information about the impacts beyond shellfish.”

“The Reserve is a really great unique resource, but we don’t do this alone,” says Masui. “We’re a Research Reserve—I’m not a nurse! We’re able to do this work partly because we are a monitoring resource, but largely because we partner so heavily. Everyone benefits.” 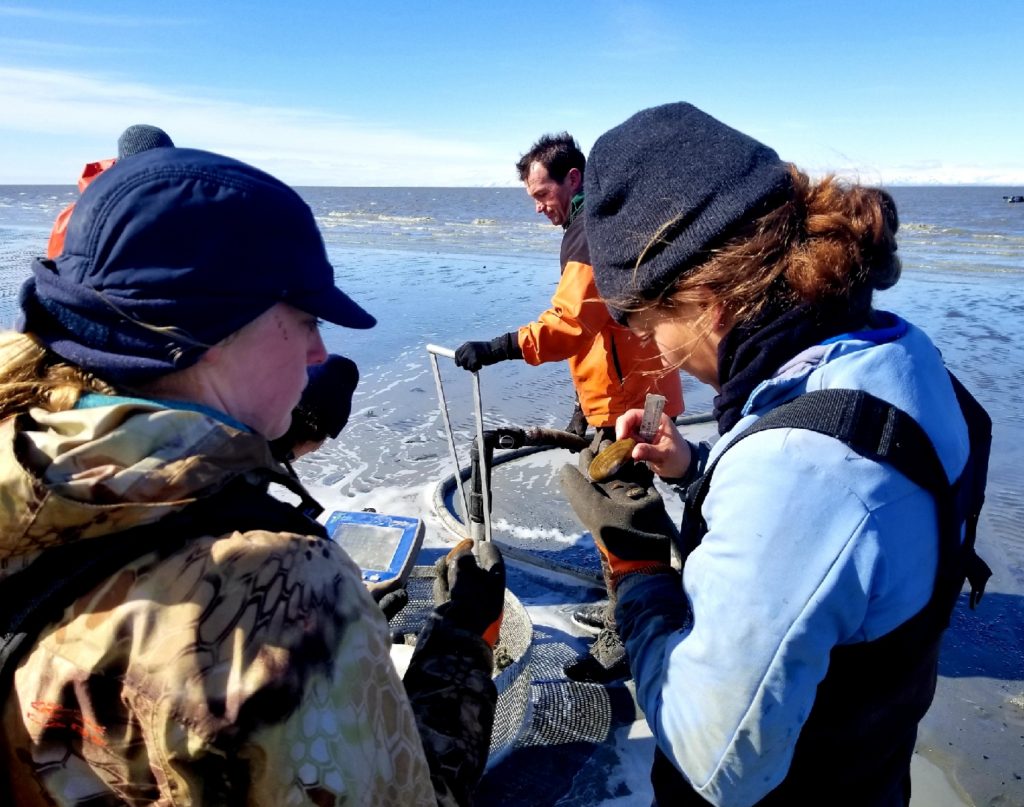 Share This
What We Work ForInformed CitizensShellfish Monitoring Goes Statewide