Still Snail Crazy After All These Years

May 18, 2020 | Elkhorn Slough, California, Healthy Habitats, Reserves, Share your story, What We Work For 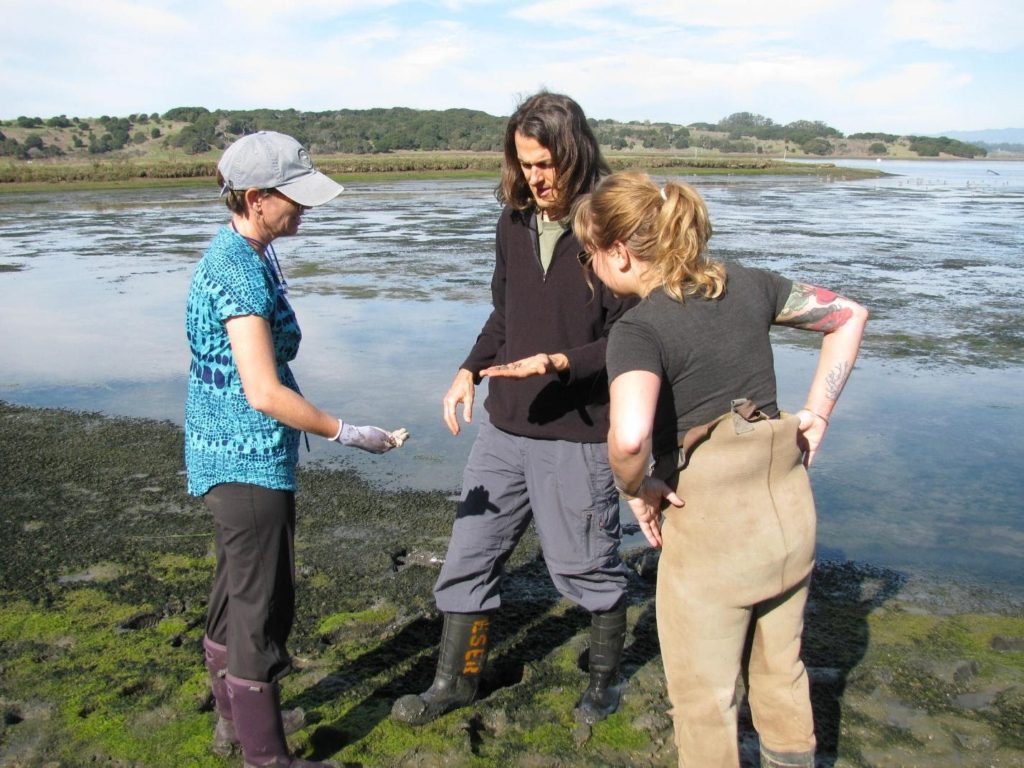 The invasive mudsnail Batillaria attramentaria has intrigued me for decades. My first investigation at Elkhorn Slough was a survey for invasive invertebrates conducted in 1998 as a little side project while I was a postdoctoral fellow focusing on the evolutionary ecology of tiny colonial animals. Carrying out the study had value for me personally—I’m guessing it is what got me my job as research coordinator at the Slough, because it was my only experience with estuarine ecology, and had introduced me to Reserve staff. Now, more than twenty years later, I’m revisiting the topic of Batillaria, and finding it has been a recurring theme for the Reserve and for my career.

In the paper describing the 1998 surveys, we estimated that there were at least a billion mudsnails living in the Slough. In a map in the paper, I labeled a particular mudflat as “Batillaria Heaven,” because the invasive snail was so abundant there—it was like a gravel beach, except instead of gravel, a covering of snails. This mecca for snails was the site of field experiments by a NERR graduate research fellow, Jeb Byers, who I met in the field there.

Then, in 2015, I was doing some other work at “Batillaria Heaven” and was astonished to discover the snails had completely disappeared from this site where they used to occur in the thousands per square meter. That launched a three year investigation of potential causes. We pulled together a dream team that included Jeb Byers, now a professor in Georgia, as well as other past NERR graduate fellows and current NERR interns.

We explored a whole variety of hypotheses for the Batillaria decline, including agricultural molluscicide, parasite loads, and acidification, and none of them fit. So what did cause the decline? We think one major culprit was predation by shore crabs—when our interns tethered snails with dental floss, many were eaten rapidly by snails at the sites with the strong declines.

Another factor that plays a role are tidal restriction gates. The artificial conditions upstream of dikes seem to allow the invader to thrive. We saw a major change at one site on the Reserve, Whistlestop Lagoon, following restoration of natural tidal exchange there in 2014. The crabs had become much more abundant, and today there are hardly any live mudsnails left there. Restoring natural tidal exchange is not only good for water quality, but also for getting rid of this invader!

These snail investigations exemplify what I love about working at a NERR—joyful collaborations, long-term perspective, place-based research, and solving mysteries that help us take better care of our estuary.

Share This
ReservesElkhorn Slough, CaliforniaStill Snail Crazy After All These Years