Students Carry On Cultural and Economic Touchstone Through Oyster Aquaculture 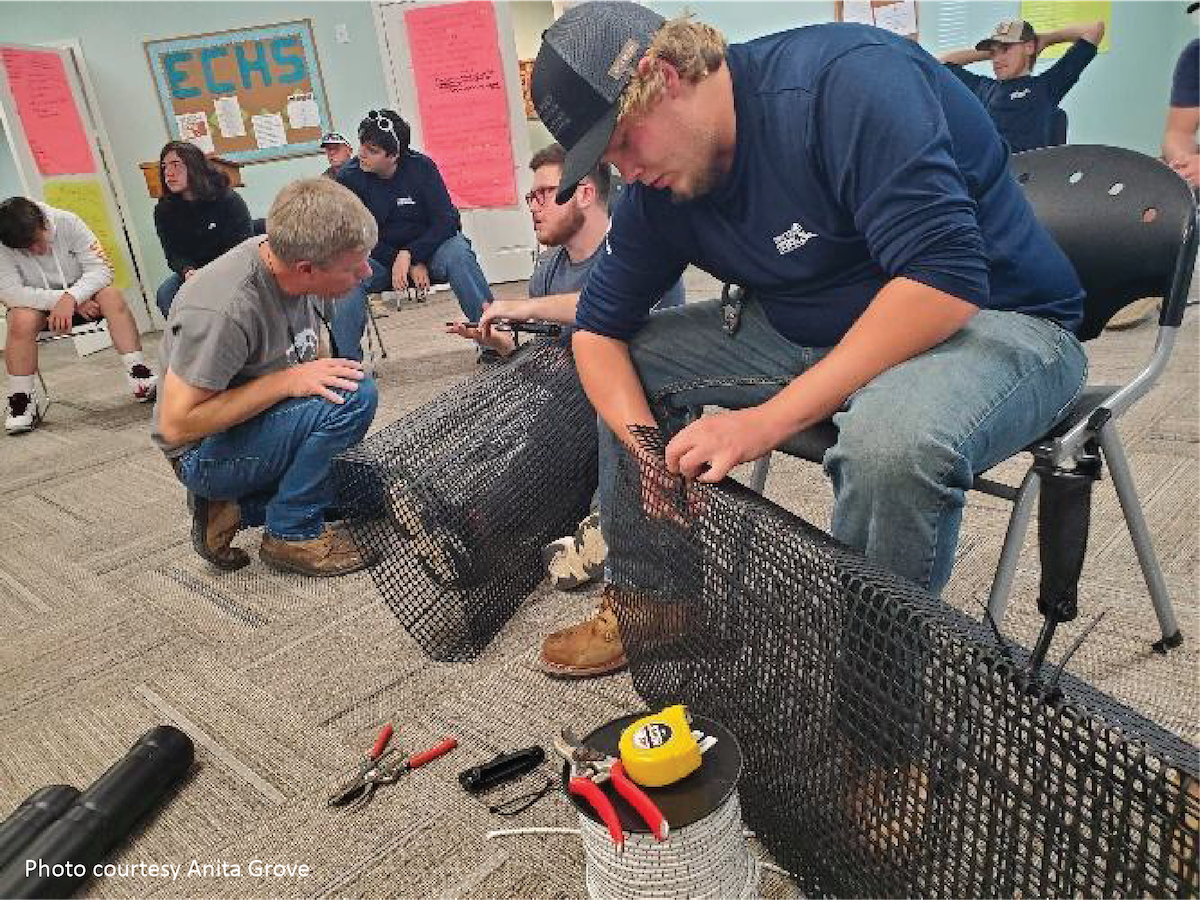 The oyster fishery, once the economic and cultural backbone of the Apalachicola Bay community, collapsed in 2013. A new generation of young residents, however, are learning about oyster aquaculture in the bay, which might provide opportunities for them to work in the seafood industry while the wild oyster beds recover.

Local oyster harvesters have not widely accepted aquaculture. Many cannot make the initial capital investment needed to start an aquaculture operation, harvesters are concerned that adopting aquaculture will result in the permanent closure of harvesting of the wild beds. Noting this roadblock, the Apalachicola Reserve formed a partnership with the Conservation Corps of the Forgotten Coast, the Division of Aquaculture in the Florida Department of Agriculture and Consumer Services, and Rattlesnake Cove Oyster Company to start an oyster aquaculture farm where Corps members can gain first-hand experience in growing oysters.

Under the direction of Rattlesnake Cover Oyster Company owners Jeff Wren and Todd Brackin, OysterCorps members built 64 cages in the fall of 2021 to hold the oysters while they grew. In early December, 21,000 juvenile oysters were placed in the cages and positioned on lines on the new lease. When Corps members checked on the oysters at the end of January, the oysters had grown almost two inches! Throughout the year, Corps members have tended their crop, splitting the growing juvenile oysters into larger cages so they had room to grow. While tending the lease, Corps members observed a diversity of other marine life attracted to the cages. Living in or around the cages were stone crabs, blue crabs, mud crabs, blennies, and grass shrimp. 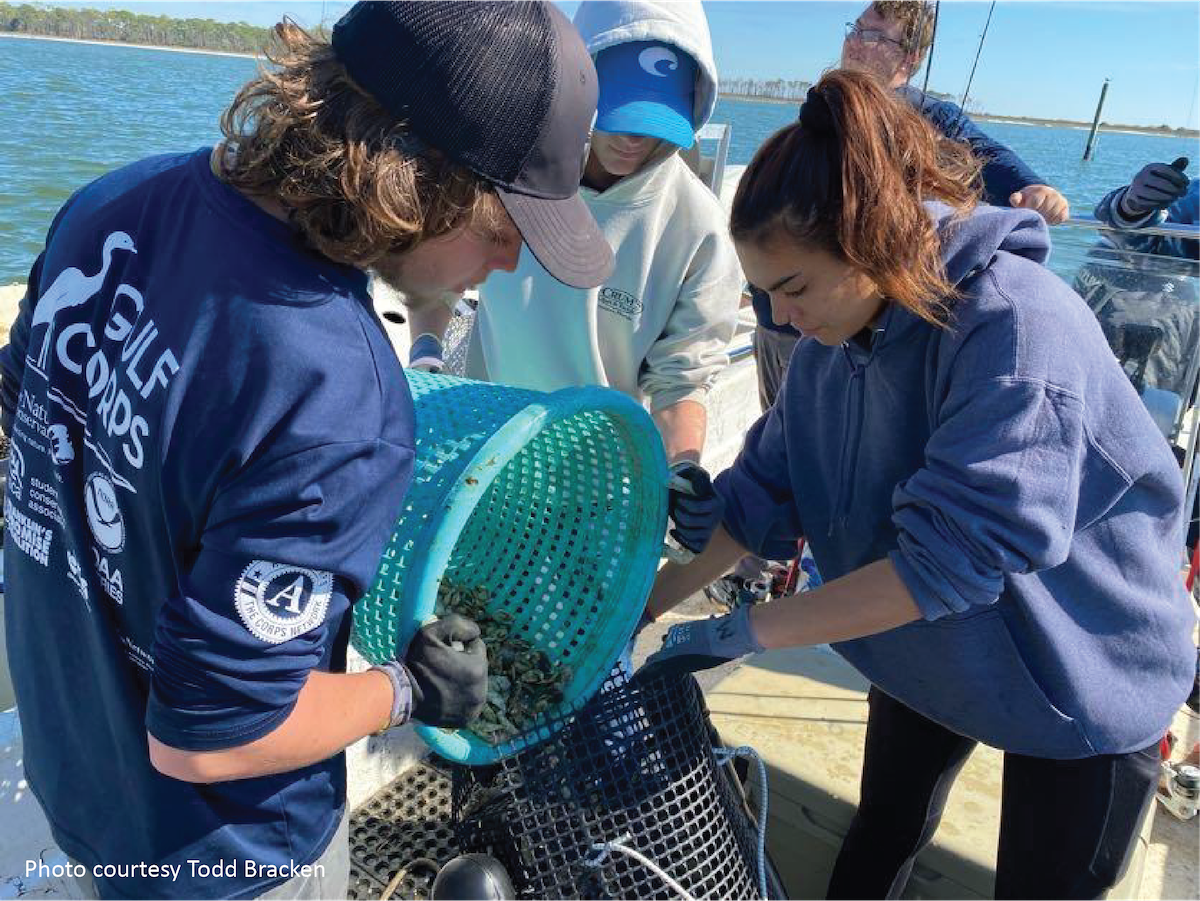 OysterCorps members Elijah Mathes (left) and Morgan Smith (right) transfer oysters to larger cages during a visit to the lease in January 2022.

Corps members will tend the oysters throughout the year, documenting their progress and sharing what they learn with the community to help others better understand oyster aquaculture. Most recently, they shared the project at the reserve’s Estuaries Day and will have a booth at several other community festivals. 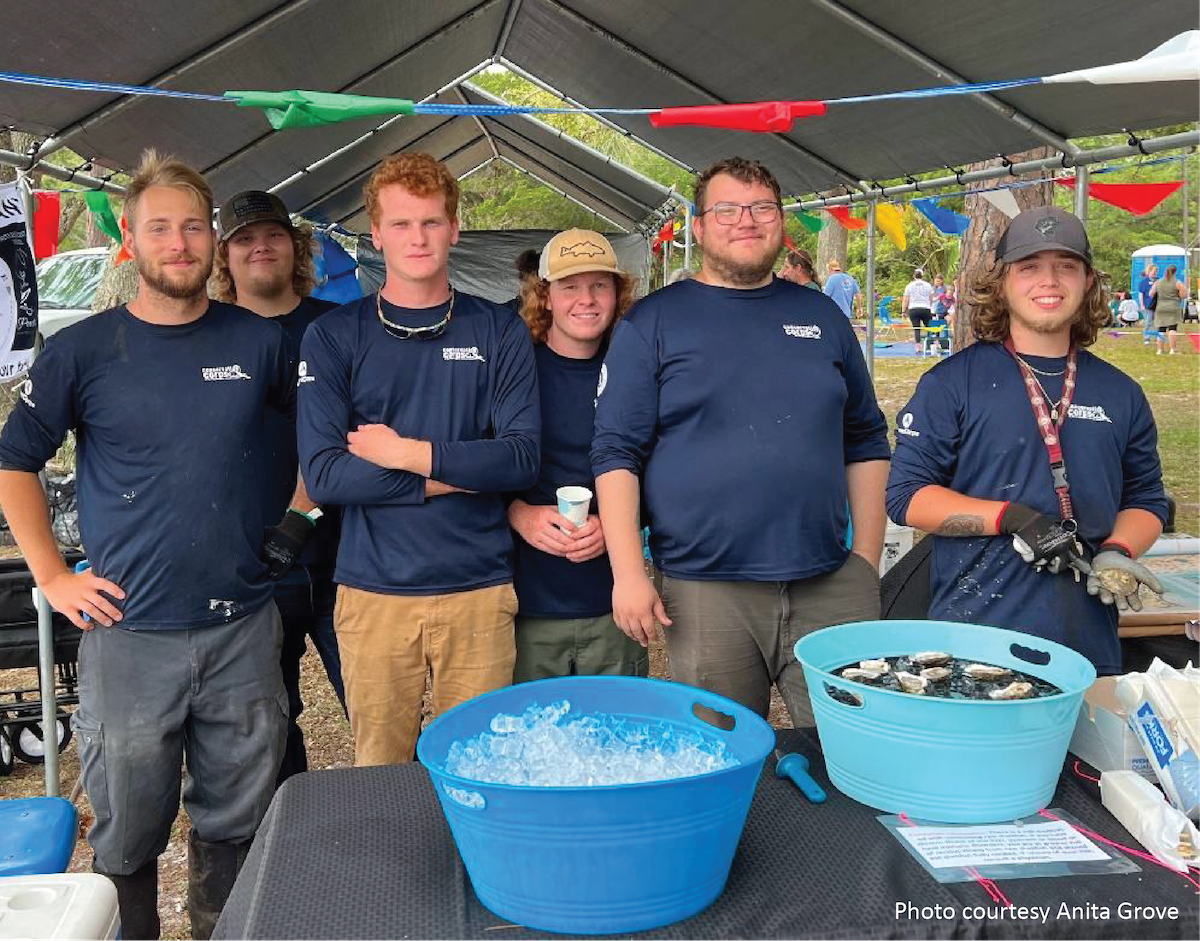 Stay up to date with the OysterCorps on the Friends of the Apalachicola Reserve Facebook Page and the Conservation Corps Facebook page.

Share This
ReservesApalachicola, FloridaStudents Carry On Cultural and Economic Touchstone Through Oyster Aquaculture