Talk NERRdy to Me: Adam MacKinnon 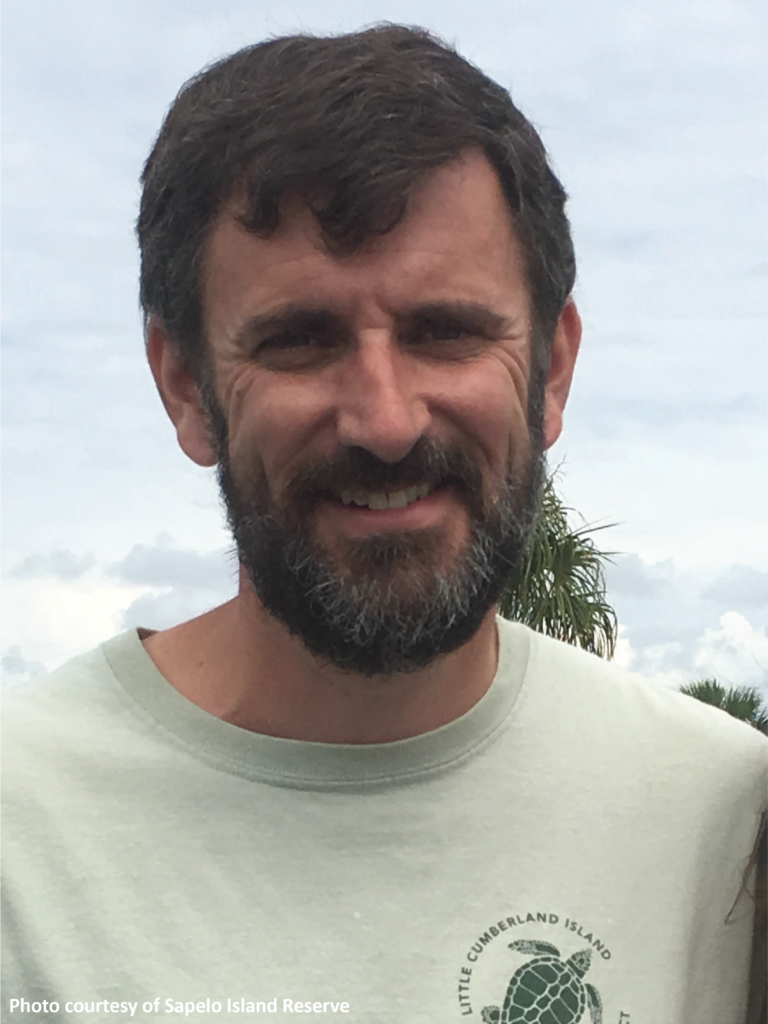 Talk NERRdy to Me is a monthly column about leaders and luminaries from across our 29—soon to be 30—Reserves. This month, NERRA’s correspondent-at-large Nik Charov interviewed Adam MacKinnon, education coordinator at Georgia’s Sapelo Island Reserve. They talked shipwrecks, disentangling whales, and 4,500 years of Sapelo Island history.

Nik: Welcome Adam! What’s going on down in Sapelo?

Adam: Since September 2019, I’ve been dealing a lot with the Golden Ray. You ever heard of that?

Nik: Is that a fish?

Adam: It’s the costliest Maritime disaster in US history. No one knows about it. It’s right in my backyard, a couple of sounds south of the Reserve.

Adam: A car carrier rolled in the sound with 4200 cars inside of it. The largest crane in the Western Hemisphere is straddling the ship and they’re using an anchor chain to cut it into pieces. They put it on a barge and send it to Louisiana. I’m the only representative from the Wildlife Resources Division of the Georgia Department of Natural Resources.

Nik: How deep is the water?

Adam: The ship was driven onto a sand bar so it would not sink in the  main shipping channel They call these ships ROROs [Roll On Roll Off].  It’s the fifth RORO that’s basically done this. We’re already over a billion dollars in cost for this disaster.

Nik: This has been since September 2019? I never heard of this.

Adam: 2021 and it’s still there. It’s just bizarre. It was on national news, but people don’t know about it. Every day, every single day, it’s in our paper. 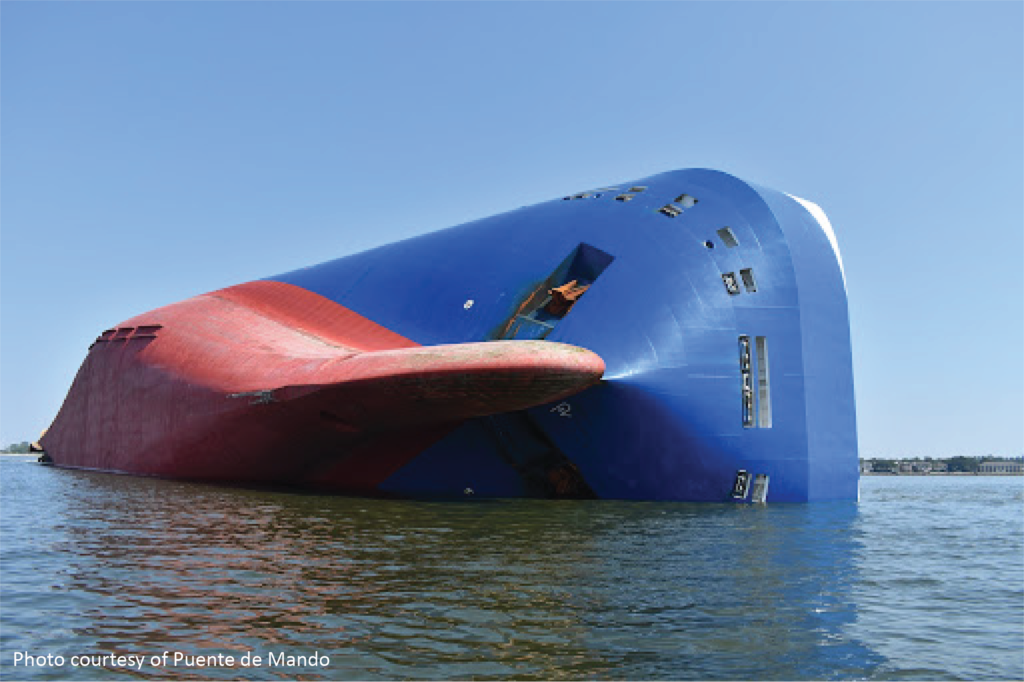 Nik: The ultimate small-town life. How many people live on Sapelo Island by this point?

Adam: Well, I don’t live on Sapelo. But there’s two types of people on Sapelo: descendants and others. Now for descendants, you have the Gullah Geechee. They’re descendants of the freed slaves of Thomas Spaulding, but they all claim descent from his head slave Bilali Mohammed. Bilali was a highly educated, Islamic slave from West Africa. He did all the day-to-day operations, so people could live where they want, they could keep their culture—that’s why the Geechee culture survived. It’s ironic they survived slavery keeping their culture pretty much intact, but now the price of their land is so high, and there’s all these wealthy white people moving in.

Nik: Wasn’t Sapelo given to the state of Georgia?

Adam: State of Georgia owns all but 400 acres. That’s the little Hog Hammock enclave, which is private property. It’s a nice work environment on Sapelo, we get along great, but there’s a bigger picture of animosity. They remember when their fathers or grandfathers were displaced from other parts of the island. There were many communities on the island, they all got moved to one community.

Nik: I am in love with the South, I am fascinated by the sea islands. I just read The Water is Wide, you know, the basis for the movie, Conrack. You’ve got prehistoric cultures, you’ve got 4,500 years of history, you’ve got slavery. You’ve got R.J. Reynolds and Detroit Motor bearings.

Nik: I read Buddy Sullivan’s history of Sapelo, because I’m so interested. Hate the sin, but love the SINERR, man! You’ve got so much going on down there. I just want to dive into it! But how did you get there? What are you doing there?

Adam: Education was never my career path. I have about 24 years working with the Department of Natural Resources. I’m an endangered species biologist by education and trade. I did research in Costa Rica with leatherbacks. I tagged green turtles and hawksbills in St. Croix. I actually met my wife on a loggerhead project in Georgia. I was with the Endangered Species Program for 14 years here.

And then I had kids and I just found out something—well, many things. But one is that I love teaching. I used to disentangle Right Whales, and it was a big high, but after a while that becomes work and I’m getting old, too.

When the education coordinator position came open I thought, you know, this would be a great way to give back. I love science, I love wildlife, and I thought if I’m going to really make an impact, this is probably more of a lasting legacy.

Nik: Did you have any experiences early on in childhood where you found yourself teaching?

Adam: It was really having kids that showed me. I coached soccer and taught Sunday school. You have a chance every day to make a difference. Saving a Right Whale is great, then it gets hit by a boat next week. Great.

Adam: Scientists can be absurdly, myopic. I’d say most scientists are terrible naturalists. Naturalists are generalists—they know a little bit of everything. I’ve always been more of a naturalist. I hate not knowing what I’m seeing. This job also allows me to do that. It’s more like imparting general knowledge, all of my 24 years with DNR. Adam’s Big Book of Useless Facts!

Nik: So what do you love about these places?

Adam: Well as I said, I met my wife tagging sea turtles on one of our northern barrier islands, called Wassaw. Most of our islands are protected. We only have about 110 miles of coast, but we have the 16 major barrier islands. You can only get to four of them, so that leaves a lot of wilderness. It’s probably the longest contiguous line of wilderness on the East Coast.

My favorite island is Ossabaw. It’s about 13 miles of beach, and the general public’s not allowed. You can be in these wild places and feel like you’re a million miles away. No one knows about this coast. It’s kind of a big kept secret. Come on, Nik! I’ll pick you up!

Nik: If I wasn’t afraid to leave my house, I would be on the next plane.

Adam: I got Kenneth out there, I could get you out there. 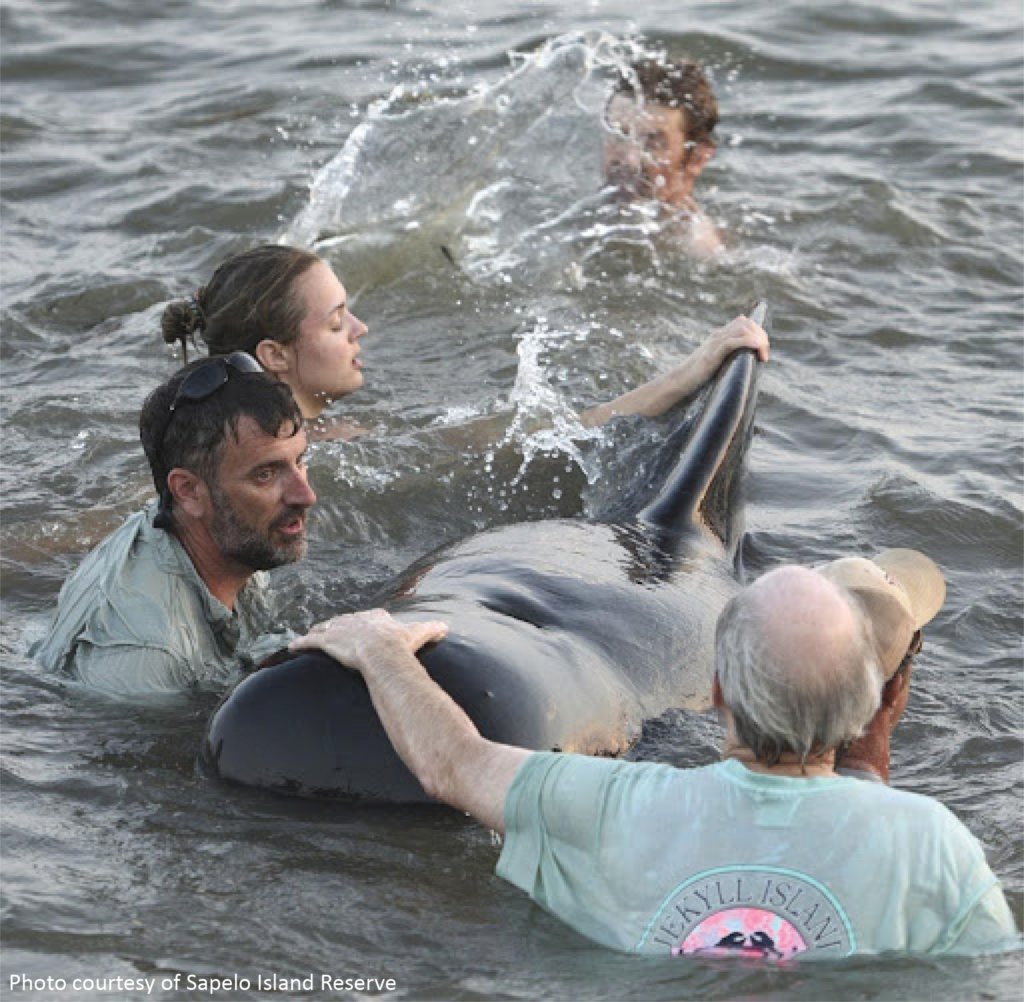 Nik: I know it’s probably signing my death warrant here to ask the guy who has Adam’s Big Book of Useless Facts at his fingertips, but what’s your favorite part of the ecosystem?

Adam: Estuaries are so fantastic. Sapelo is where modern ecology was invented by Eugene Odum. John Teal is a contemporary of Odom, a highly published ecologist in his own right, and I’m friends with his son. So it’s cool to walk in the footsteps of legends like that. Plus, Sapelo is like science central.

Not only do we have the NERRS doing science, DNR does a little bit, but we also have University of Georgia and part of that, there’s an LTER there, a long-term ecological research site. I get to surround myself with these high-powered scientists all the time. On Sapelo we’re dictated by that ferry, and I can only do school groups on Tuesdays and Thursdays. So I like to fill the other times.

Adam: The Friends were under me for years and years, but now our stewardship coordinator took it over. They’ve really taken a hit with COVID because they haven’t been able to go out there. I know other Reserves have this issue but our group is kind of getting old. Mentally, they’re sharp—they’re great.

Nik: How is Sapelo dealing with climate change?

Adam: So the big noticeable effects are the increase in tropical storms we’ve been experiencing. Sea level rise is hard for the average person to comprehend even if you say, “Oh look! Ours is going up by 3.8 millimeters per year!” And they’re like, “That’s not really bad.” They don’t understand it’s bad.

The last hurricane to directly hit the Georgia coast was 1898. Hurricanes tend to either go behind us or skip us. So people always thought we were just immune. Matthew was the big wake-up call. It knocked down 68 trees across our main road. And then Irma was a big flooding event. Hog Hammock got flooded including the old church. FEMA was out there and they’re telling everyone you got to raise your houses where everyone lives in a trailer. How do you raise a trailer?

Adam: I hated hearing after Irma, “Well we finally got hit by the big one and it wasn’t that bad.” No, we didn’t get nearly hit by the big one. I took a pole and put a line on it where Irma’s flooding was, right on the baseboard. And then I did all the major hurricanes and then Katrina’s obviously way up the pole. Just to get people used to the concept that that was nothing. It’s not going to go away. I know I’m tired of spending my vacation money on evacuations. My wife works at DNR too, and some of her co-workers, their wives are just done. They were having PTSD from all these hurricane evacuations, just one after another.

I have an overly long climate change talk because my brother is not a climate change guy, which was actually perfect for me because I listen to all of his arguments why it’s not real or scientists are making it up or whatever. And answering those arguments was my whole PowerPoint. A lot of my talks are about how just because someone has a study doesn’t mean it’s a good study. I talk about what it really means to be a scientist, you know.

Nik: Science is not done on Facebook or, you know, by guys who have podcasts.

Adam: I’m committed to telling them how true good science works. If you get within a 95% confidence rule, you’re pretty certain about a trend or something like that. And it’s amazing when people say, “Why aren’t you 100%?” I’ve never been 95 % certain about anything in my own life.

Nik: Listen, I heard that in a wedding vow once, which did not go well, so.