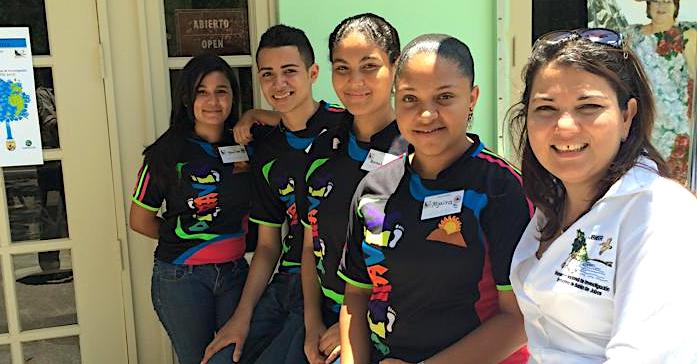 Talk NERRdy to Me is a column about leaders and luminaries from across our 29 reserves.  NERRA’s correspondent-at-large Nik Charov chatted with Aitza Pabón Valentín (Above right). Aitza is manager of Puerto Rico’s Jobos Bay Reserve, where hurricanes and earthquakes come up against big hearts, unflagging hospitality, and an ironclad commitment to science, education, and the community. Go see for yourself—Aitza invites everyone to visit!

Nik: I recently learned that “Puerto Rico is an island, surrounded by big water.” Is that true?!?

Aitza: Yes. It’s an island. It’s a unique place And we have a unique estuary. Our fresh water comes from groundwater, which makes it different from other estuaries around the states.

Aitza: There’s one river, but it’s called Dry River because, most of the year, it’s dry.

Nik: So where’s the mixing happening?

Aitza: On the seafloor, up from below! NRCS is doing geological studies to identify the soil types for coastal zone uses and management—that’s a pilot project that is going on for the first time in the Caribbean. We do know that where we have a lot of Antillean manatee (Trichechus manatus manatus), we have freshwater coming up from the aquifer.

Nik: Fascinating. So how did you first get to Jobos Bay?

Aitza: When I was in high school my science teacher took us on a field trip there, I was around 15 years old. The educator, who is still there, gave us a talk about all the research going on. It got in my head that there’s this place where you can do education, you can learn about the coastlines, and the differences in the habitats. I got hooked, thinking ‘oh, I could be a scientist or a biologist.’

I began doing science fairs, competed at regional and national levels, and then I went to the University of Puerto Rico. When I did my bachelors in biology, I focused on teaching, so I’m also a certified science teacher. Then I did my master’s in biological oceanography.

Nik: And now you’re the manager at Jobos Bay NERR.

Aitza: Si. The Jobos Bay Reserve has been around since 1981….next year we will celebrate 40 years, and I’ve been the manager for five years. The manager of Jobos Bay NERR is also the manager of the DNER whole area. I run all the NERR projects but also have other grants related to fish & wildlife management, and projects related to hunting monitoring—we have a hunting area within the Reserve boundary.

Nik: What’s your favorite part of your hob… I mean, job?

Aitza: When I get to see people, or go out on the boat with the researchers, or have a talk with the kids. I do not like being in the office doing paperwork only. Also the community—I love them. They come and visit us, sometimes they will come and bring us breakfast or  have a coffee with me. It’s a very good relationship. We have good neighbors.

Nik: Do you think that relationship has gotten stronger after all your hurricanes and earthquakes? What else can happen? Do you have locusts yet? Have the rivers run red with blood?

Aitza: Before Hurricanes Irma and Maria hit, I invited our neighbors to come stay at the Reserve. I had 26 people staying there during Irma, and then after Maria, I had 19 people. It’s not officially a refuge place for people, but all their houses were wooden, damaged, and we had a safe place.

Nik: What a great camp! I heard you were also working with the Boy Scouts this week?

Aitza: I believe we need to leave a legacy to everyone, and when you teach you leave a legacy. My legacy is to teach people about conservation, about being involved in the protection and research of nature—ocean or forest, it doesn’t matter. The Unit 2815 of Boy Scouts of America (now BSA) is an interesting story. They were meeting in a public school, but after [Hurricane] Maria the public school closed. So they were without an institution. They asked me if the Jobos Bay NERR could adopt them. They needed a sponsoring house. Officially, Unit 2815 is the only one under DRNA in Puerto Rico, and it’s the only one under the NERR system! We have around 30 kids, and they meet every Friday at the Reserve.

Nik: Do you have any scouts of your own?

Aitza: Yes, my kids are in it. They’re the ones who help me with camping, collecting, cleaning dishes, or anything that comes up. This week, we were celebrating the 110th anniversary of the Boy Scouts of America. When the kids saw me at school with my BSA uniform to congratulate them, they were so happy. I enjoy it. It helps me to connect with parents and with the community.

Nik: What do you want people to know about Jobos Bay Reserve, or Puerto Rico in general?

Aitza: Puerto Rico is open for business. We would love to see more people learning our culture, and sightseeing on our island—forests, beaches, mangrove forests. It’s beautiful and it’s unique. And we are a very resilient people, very active, culturally-flavored people.

Nik: There’s a lot of love there.

Aitza: Oh yes, so much love. And I love #iheartestuaries! My heart is with the Reserve system, so let’s keep doing this, let’s keep working for this and for the next generation, and leave a legacy. 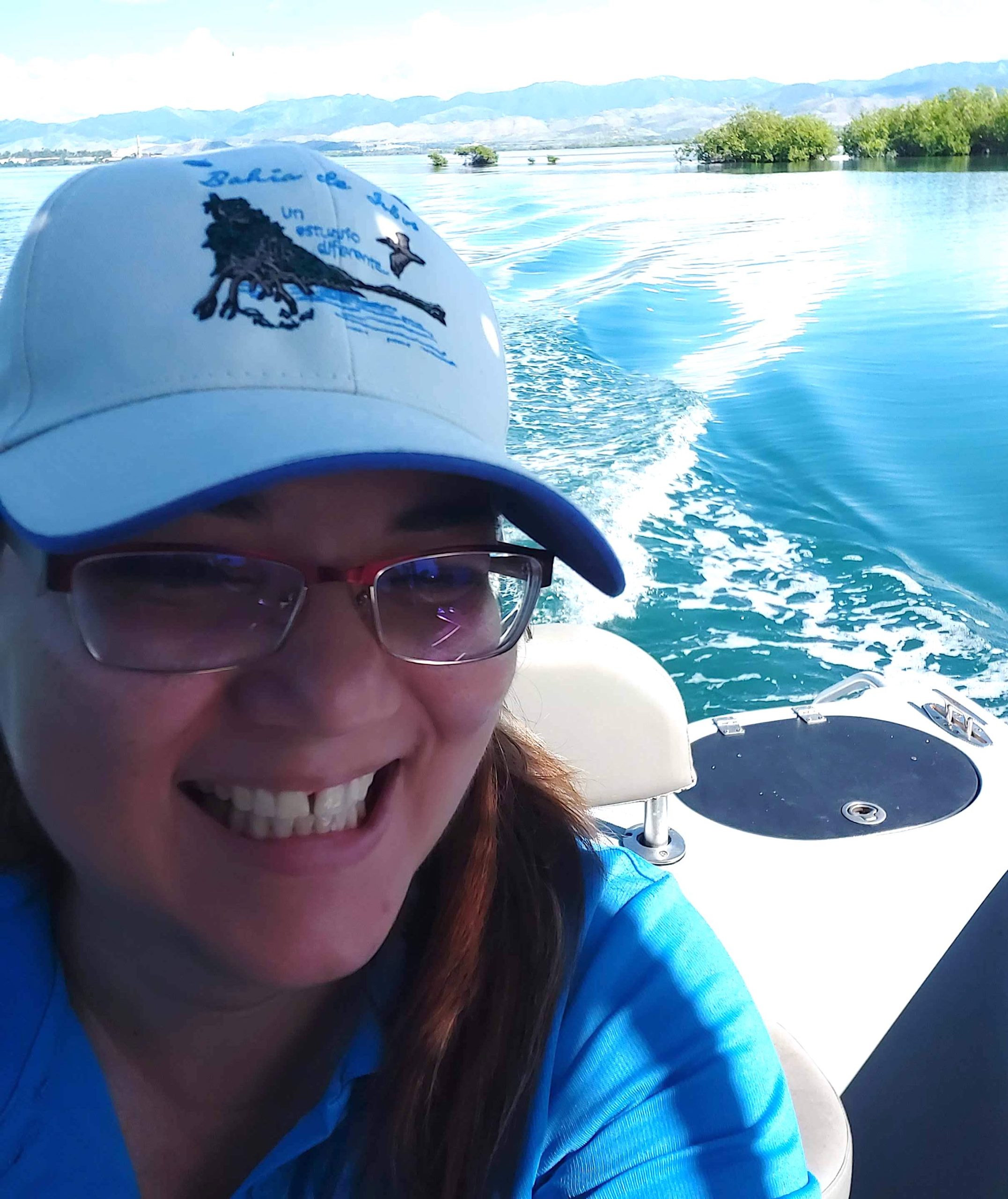