Talk NERRdy to Me: Pete Wiley 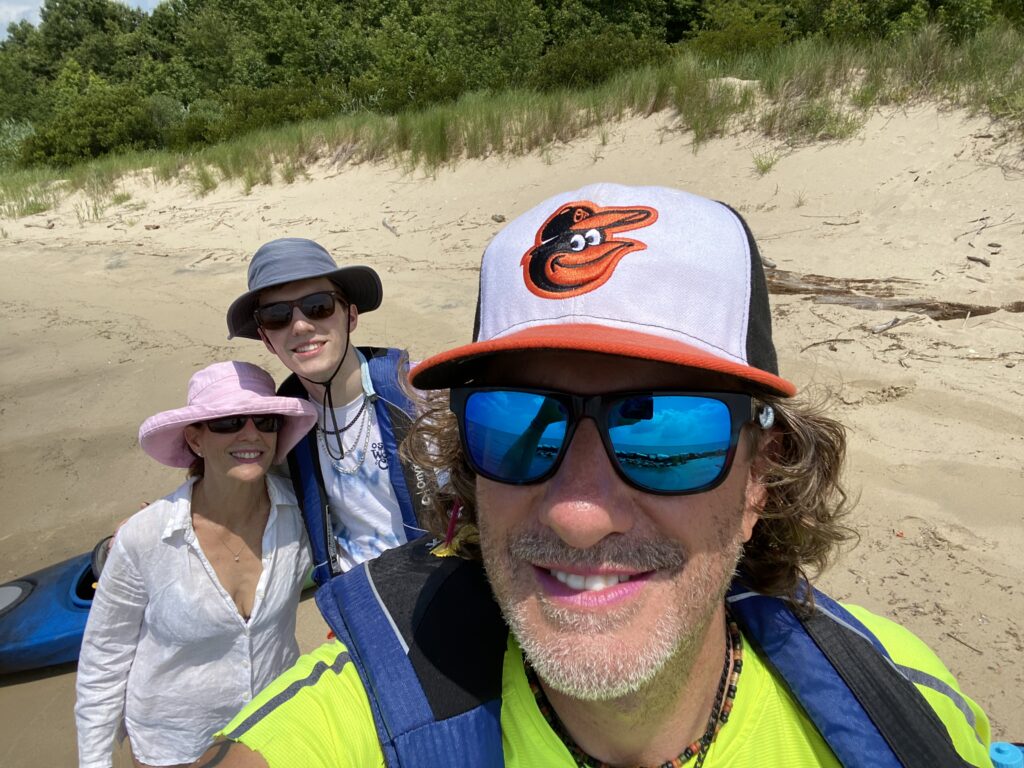 Talk NERRdy to Me is a monthly column about leaders and luminaries from across our Reserves. This month, NERRA’s correspondent-at-large Nik Charov interviewed Pete Wiley, Economist at NOAA, former CTP lead, writer-musician, and blogger. They talked about motivation, music and meaning, and life and death. You know, the light stuff.

Nik: Mr. Peter Wiley, hello. We’ve really gotten to the bottom of the barrel—it’s the end of the Talk NERRDy list if we’re at ‘Covid-positive Guy talks to Half-retired Guy.’ So it goes. Pete, you’ve been at NOAA for 31 years, which is longer than I’ve been alive. Why is that?

Pete: Why have you not been alive that long?

Nik: No, no. Why have YOU been at NOAA for 31 years? Were you afraid to leave?

Pete: I honestly, sincerely believe in what NOAA is doing and the way we do it. I love the emphasis on partnerships. We get to work with a variety of organizations and people who are smart and passionate and committed to what they do. I believe in public service and I believe NOAA makes a difference with the organizations that it partners with to achieve its missions.

Nik: How does one get a belief in public service? Is one born with it?

Pete: I think when people are young, they think about doing something that’s meaningful and earns them a living. My first two jobs out of college were anything but meaningful, so when I happened across the NOAA job, meaning was at the forefront of my mind. Public service gives meaning to what I do.

Nik: You talk about work being meaningful, but you do economics!

Pete: I didn’t even study environmental economics in college. I studied straight economics. Most economists don’t think about keeping the planet healthy. But a friend who worked for NOAA said to me ‘Hey, we’re looking for junior economists, and you’re looking for a job.’ It was pure dumb luck I was able to find a way to make economics about the environment and the value of natural resources—which is a totally cool way to think about economics.

Nik: Why economics? Studying economics in undergrad is, like, pre-investment banker, which is the least meaningful thing to do in the world.

Pete: Economics is really the study of scarcity, and how humans respond to scarcity. It’s the study of behavior. To me, economics got to the heart of what I’ve always been interested in: people’s motivations.

Nik: Sum up your entire career in a sentence: What I’ve learned about people’s motivations is that…

Nik: This finally makes clear to me why you were The CTP [Coastal training Program] Guy. …but you aren’t anymore.

Nik: Sorry. But CTP likes to figure out what gets people to do things, right? CTP is not just delivering training, it’s also getting that training’s lessons to be applied. How long were you the CTP Guy?

Pete: Seven years. But I would like to say: everything the Reserves do, not just CTP, is about people. There’s no way to separate people from what we do; they’re always going to be one of the most important variables. I don’t mean to say people are more important than anything else we study; it’s just that humans have this capacity to both impact everything we study and benefit from it. To leave people out of the equation is missing half the story, and it was really important to me as a CTP Coordinator at NOAA to really think about that. 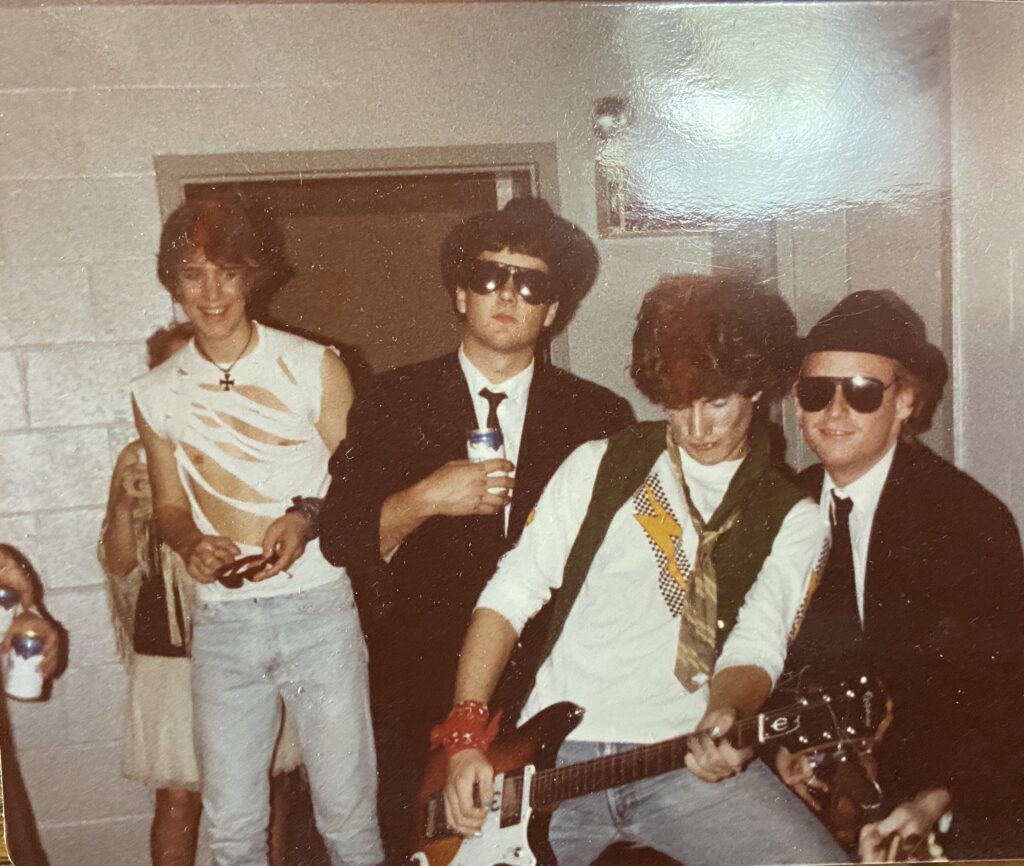 Nik: You have always been interested in people, I know this. Your other job is as a blogger, a thinker, even as a [self-]published author.

Pete: I was waiting for you to get to my plug.

Nik: That’s the only reason I have this show.

Pete: That’s the only reason I’m talking to you.

Nik: We’ve got to move some merchandise, so let’s get right to “Blocks of Life.” Did I pronounce that correctly?

Nik: What is Blocks of Life, Peter Wiley?

Pete: My interest in people has driven everything I do, from my NOAA career to my writing. Blocks of Life is my platform to think about people from a completely holistic perspective: people’s place in the ecosystem, the planet, the universe. Luckily it’s a non-scientific endeavor so I can think about it in any way that strikes me at the time.

Nik: And like this monthly feature, it must have dozens of readers by this point. How much of its success would you attribute to its… refreshing lack of specificity?

Pete: A good deal. It’s got a little something for everybody. It’s a self-selected audience and there are people–I won’t name names, but one rhymes with ‘Dik Marov’—who really don’t get it. But there are lots of people out there who it hopefully helps. It’s an exploration more than anything else: I’m not answering questions, I’m asking them. It’s been fun to think about different human nature topics over the years and put them out there and see how people respond.

Nik: How many posts do you think you’ve written by this point?

Nik: How has it changed your thinking?

Nik: —to not reach a conclusion?

Pete: It helps me to write things that are not obvious, or are obvious to many people, but not to me.

Nik: Blocks of Life is not only a repository of your thinking, it has been for many years the home of the official campfire song book of NERRS national meetings, which everybody should download and memorize. It’s also a place where you can now find other music you’ve personally recorded…I noticed a lot of Wileys in the liner notes. Are you like the Partridge Family or the Osmonds, but not as hardcore?

Pete: I hang around with my family a lot and some of them are way more talented than I am. It’s been really fun to write and record music with them. I’ve been hanging around musicians my whole life. And some of them have been kind enough to help me record some music.

Nik: Your mother was a musician, wasn’t she?

Pete: My mother was a pianist and music teacher her whole life. And I’m recording and posting some of her music as well: Barbara H. Wiley on Spotify. That’s why this extra time I’m spending on Blocks of Life is so fun. I’ve expanded it to music and poetry and images.

Nik: You’re one of the first people I know that’s gone into half retirement. You’re doing three days of NOAA and two days of Blocks of Life now. Do you push away from the desk on Wednesday at 4PM, grab a guitar and put on cowboy boots?

Pete: It wasn’t an obvious transition. Trying to complete my NOAA work in a discrete time period has never been one of my strong suits.

Nik: Everybody says that.

Pete: To be true to what I’m trying to do with Blocks of Life, I really have to stop on Wednesday night. I put my work computer away and I take out my personal computer and I don’t have tabs open.

Nik: Nice life. Have you always lived where you live? Are you a Mid-Atlantian?

Pete: I was born in New York near the Hudson River Reserve. I moved to Maryland when I was eight; I consider myself a Marylander. I love to travel but I also love coming back home. I love the Mid-Atlantic. It’s got mountains, it’s got oceans, it’s got everything. There is a winter, there is a summer. I wouldn’t want to live anywhere that doesn’t have seasons.

Nik: Yeah, “seasons.” You’re not really living at the extremes. You don’t have mountains, c’mon. You’re neither north nor south. You’re bland mid-latitude, at the center of coastal things. Is your geography a synecdoche of your life preferences?

Pete: I am very close to my family and it would’ve been hard for me to live far away from them. But if I had found a job in the North Pole, then I would have gone there. I never had a job opportunity elsewhere.

Pete: If I had found the perfect job, I would have left. …I think you were trying to make a metaphor that I just ruined. 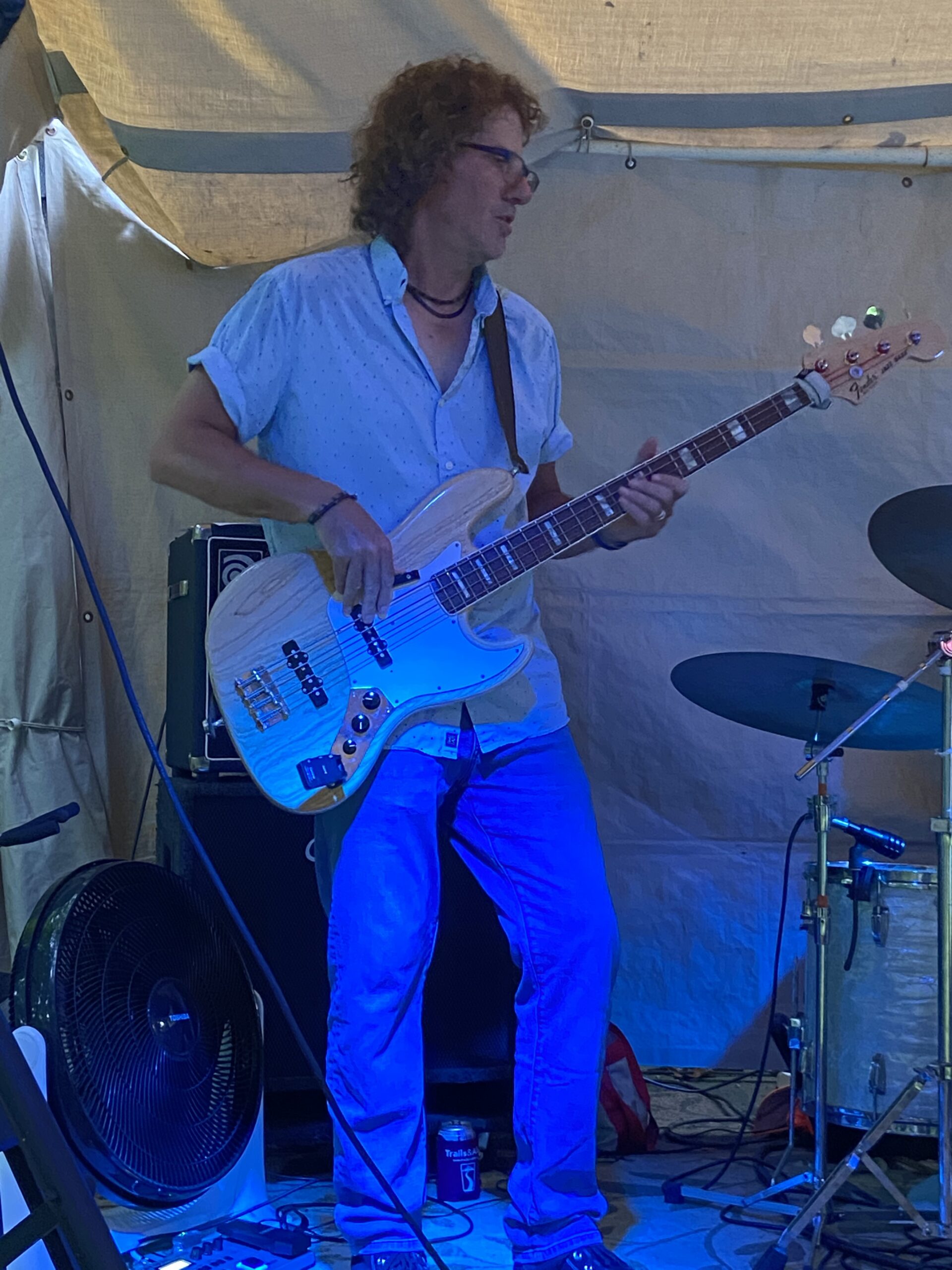 Pete: Aren’t you going to play the clip from my upcoming movie?

Nik: That’s fine. Both of us love music, you love to play it and I love to hear it played, and you love to sing it, and you hate to hear me sing it. That’s why we get along so well. What about music brings people together? You pull out a guitar before a change of clothes at the annual meeting.

Pete: Music brings people together because it’s a common frame of reference. Music is an emotional exploration for people that don’t have the capacity to explore their emotions otherwise. Music is fun, it’s joyful, it’s a celebration.

Nik: Especially for emotionally repressed people, which you just accused all of us of being?

Pete: I am among those people for whom music helps them express emotion. Anybody who says that they’ve got emotions figured out and music doesn’t help them explore their emotions is lying. I am not accusing you, I am accusing every single person on the planet.

Nik: Beer and bourbon do not figure in emotional expression whatsoever.

Pete: No, that would be inappropriate. And you, Nik Charov, are the worst singer I’ve ever heard—with one exception, and that is me— but both of us are perfectly willing to sing at the top of our lungs.

Nik: That’s the first time you’ve been honest with me about my singing in ten years and now I think this interview is over.

Pete: I said you were a better singer than me. I’ve hurt you now, haven’t I? There’s no coming back from it.

Nik: “We exist to hurt each other” is MY theory of human relations and everyone can read my thoughts about that on MY blog, BlocksofDeath.com.

Nik: I’ve interviewed about two dozen people for this column read by dozens of people, but I think you’re the first from NOAA HQ. How do you stay connected to these estuary things from that gleaming silver cube in Silver Spring?

Pete: By going to them. This whole system is about relationships and talking to people and comparing notes and working in collaboration. As a non-biophysical scientist working in the Reserves, it’s hard to have a common frame of reference sometimes, but I talk to people and people are passionate about what they do and I feel like a part of it again. It’s a really cool, welcoming, friendly bunch of people, which helps.

Nik: What about our system’s natural spaces? The water and mud, the grass and hills.

We cannot be talking about the human dimension as a separate thing. People have such great potential to impact the rest of the ecosystem and they have such potential, with appropriate education and behavior, to be a great part of the natural system and create benefits in a reciprocal way. But it has to be reciprocal or it’s never going to work.

Nik: How do you feel about ecosystems without people, Peter Wiley?

Pete: When I get depressed about what’s going on, I think, ‘We’ve had a good run as a species; it’s about time we exited stage left. We’re only doing harm now.’ Different species go extinct for different reasons and, in our case, our technology got ahead of our wisdom. Maybe we can fix it. I hope we can. But if humans weren’t here, I think that the world would be just fine.

Nik: Again, everyone can read more about that at MY blog, BlocksofDeath.com. Thank you for sitting down with me, Peter Wiley. I look forward to working with you three days a week, or less, for two more years. See you at blocksoflife.com. And occasionally at NOAA.