Talk NERRdy to Me: Shawn Slater 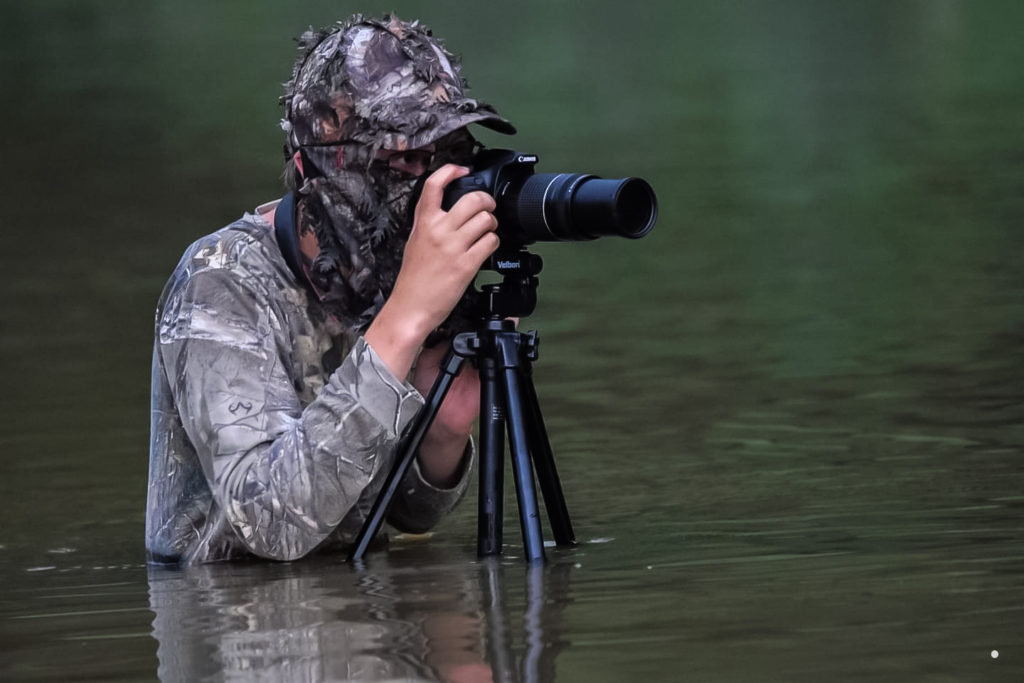 Talk NERRdy to Me is a column about leaders and luminaries from across our 29 reserves. This month, NERRA’s correspondent-at-large Nik Charov caught up with Shawn Slater, sixteen-year-old photographer and volunteer superstar at Maryland’s Chesapeake Bay Reserve. Shawn and Nik discuss the adrenaline rush of nailing the perfect shot, nature education at any age, and finding hope for the future in the next generation.

Nik: We’re talking to you today, Shawn Slater, because you rose to the attention of the National Estuarine Research Reserve Association with your photography. Who are you, what do you do, and where do you do it?

Shawn: I’m a big volunteer at the Anita C. Leight Estuary Center, which is at the Otter Point Creek component of the Chesapeake Bay National Estuarine Research Reserve in Maryland. I’ve been going there for five or six years now. I take pictures over there, and I take a lot of my pictures over at Harford Glen.

Nik: You’re just sixteen years old. How long have you been doing this, Shawn?

Shawn: I started off going to Harford Glen, that’s where I developed my passion for nature. I was probably around 10. I met a lady named Ruth Bergstrom, and she taught me all about birds, and I got into the Harford Bird Club, and that’s really where everything started. And getting my first ever camera. I just love taking pictures. And I love going out every single day and trying to get different pictures of animals. Now I have a bigger following on Instagram and Facebook, so I get to show people and teach people about all the animals and birds and insects and things that we have around here.

Nik: Why is that important?

Shawn: Because not too many people go outside like they used to. I don’t know too many people that go around hiking every single day. It’s really nice and there’s so much to learn and see every time you go out.

Shawn: I remember when I was super little, probably four or five, and we went to Mariner Point Park in Joppa. It’s where I learned to ride a bike. And they have these wild squirrels that will come right up to you, and I’m actually good friends with one of the ladies that hand feeds them. It’s pretty neat to see.

Nik: Why do you take the pictures you do?

Shawn: I love taking pictures. It’s my favorite thing to do and I’m outside every day. Some days by 5:30 in the morning I’m already out in the woods. And I’ll be out from three to eight hours or more every single day trying to find something different to take pictures of. When I look through my viewfinder, I try to come up with an interesting composition. Or if I can’t come up with a composition, I’ll just try to get as close as I can to what I’m photographing. Sometimes I’ll be in full camouflage and I’ll have to Army crawl through the woods. And actually, sometimes, especially with ducks and water stuff, I’ll lay in the water with my camera just a millimeter above the water. Sometimes I wish I had someone else to take a picture of ME, because it must look really funny. I recently got a really nice low-angle shot of a female mallard duck and three babies like that. 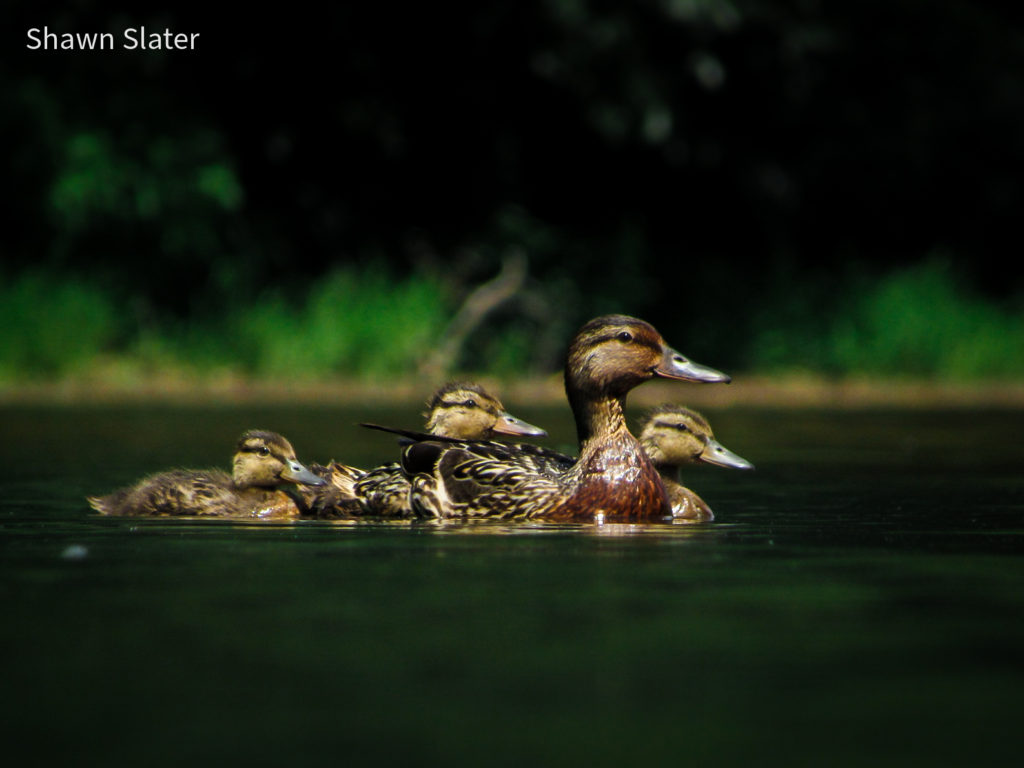 ”Nik: Given that you’re just sixteen, what do you want to do? Do you want to do this professionally? Do you envision yourself in natural places forever?

Shawn: I’m thinking of a career as a forest ranger, a wildlife biologist, or wildlife photographer. Something along those lines. I want to be in the parks because that’s my favorite thing. If I was a park ranger or forest ranger, I could just carry around a camera and take pictures along the way!

Nik: You might get a job offer from someone reading this article. You remind me of a few of them. Are you involved with CBNERR in other ways?

Shawn: I’m a big volunteer there. I help in their juvenile fish survey, where we go out on a boat and get a 100-foot seine net. I help with hikes, kayak and canoe trips. On different trips we see eagles, herons, beaver, all kinds of things; sometimes we’ll see otters too. I’m also a Marsh Mucker, that’s a team of teen volunteers. At the Estuary Center we have an animal room with a variety of snakes and turtle species, and we do healthcare and feed the animals. We haven’t done it for a little bit because of COVID-19, but that was one of my favorite things to do there.

Nik: I know most of our volunteers up here in Maine are usually on the other side of their careers. I imagine in these citizen science projects, you’re often the youngest person there?

Shawn: Most of the time, yes.

Nik: How do you feel about that? Are they mentors for you, or are you a mentor for them?

Shawn: I feel like everybody’s a mentor, because there’s always something new that you can learn. Every time you go out in the field and learn, you get better and faster at doing stuff. For example, identifying birds: if you only do it occasionally, you’re not going to be as fast and know as many birds as someone who goes out every single day for years. It’s all practice. Even if you’re the expert, there’s still more you can learn.

Nik: Do you bring your knowledge into school?

Shawn: At school I’m involved in the Envirothon, which is a national competition with all the high schools in the United States and some in Canada. It’s all about ecology and environmental science, with topics like wildlife, aquatics, forestry, and soils. At my school, I teach wildlife. I bring field guides and I use my own pictures and say ‘here’s this bird, figure out what it is’ and teach the other students to identify everything.

Nik: What does your family think of you going out at 5:30 in the morning and sliding into the mud?

Shawn: Haha, well, my mom doesn’t usually want me to go that early in the morning. And she usually checks on me every hour or so, unless I’m at the Estuary Center or on a boat with other people.

Nik: Same thing happens with the Reserve Manager down at Rookery Bay in Florida.

Shawn: I’ve seen so much out there, especially recently. I found an otter den and I got a picture of all three otters all in a row! You get such an adrenaline rush.

Nik: I’m a photographer myself, and I know what you mean. Shawn, keep up your great work. Give us hope for the future. Last question: how do you feel about the world and where it’s going?

Shawn: I think not very many people get out too much any more. And I think that’s something people my own age should start doing. 90% of the time when I go to the parks, it’s all adults. I think there should be more younger people to keep everything going.

Nik: How do we reintroduce young people to nature?

Shawn: I think the best way is education. Because that’s how I got started. I was out on a hike and somebody showed me all the different bird species, and there were so many I couldn’t even believe it! Now I’ve seen over 220 bird species in the United States, and most people are, like, ‘wow, how do you see all that?’ Recently I showed someone who lives around here a picture of a yellow warbler and they were like, ‘wow, was that HERE?’ They thought it was the craziest thing, they’ve never seen anything like it. But I see them all the time in migration season.

Nik: You gotta look up from your phones, people. 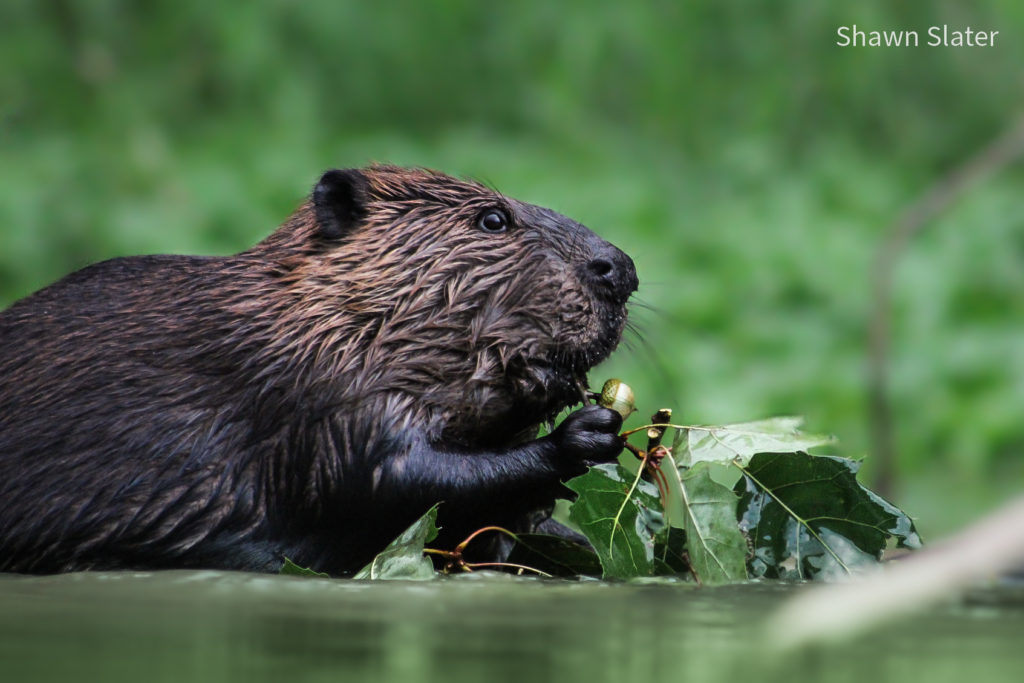 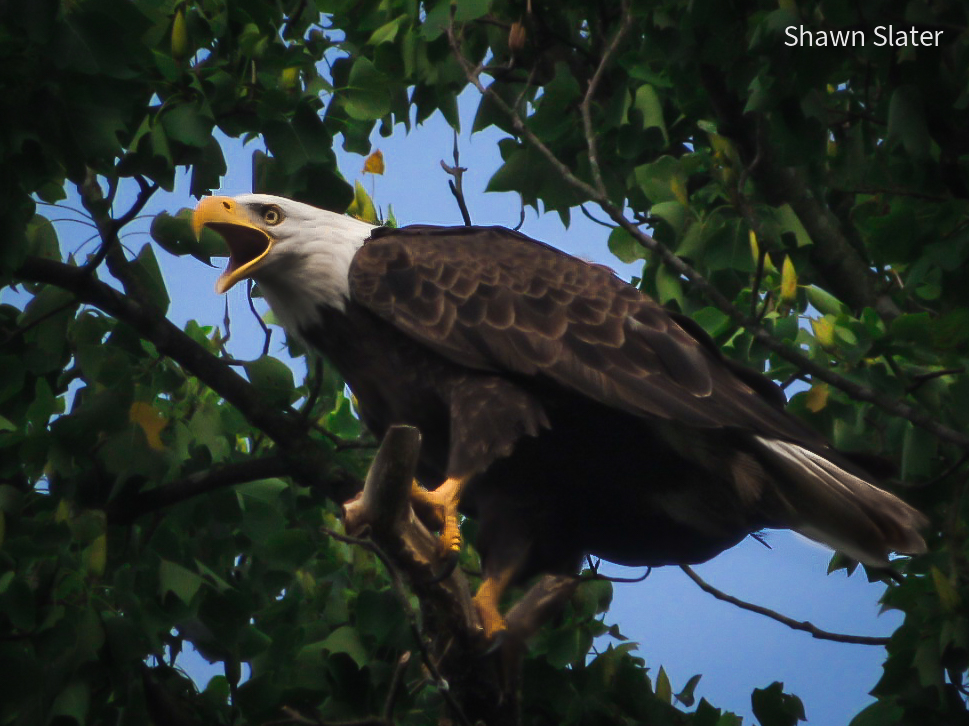