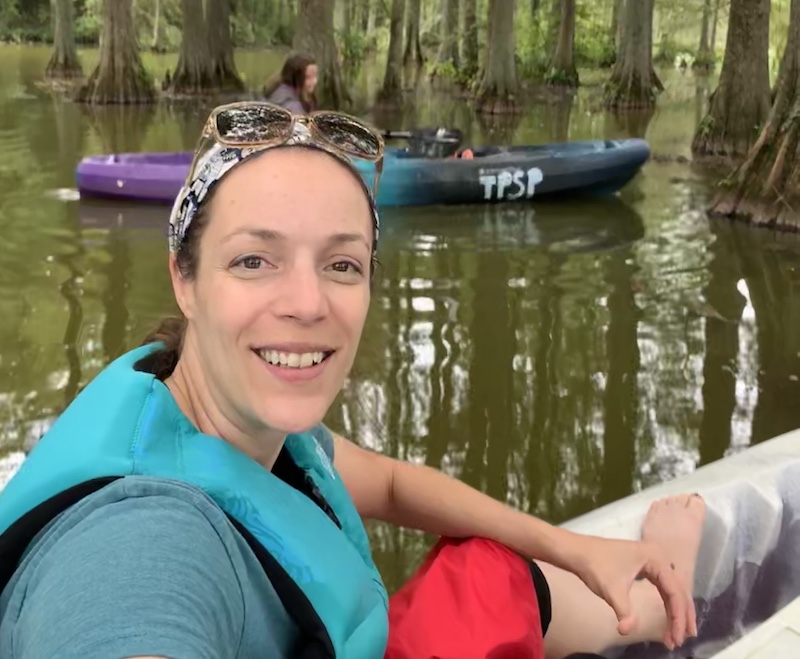 Rachael Phillos, the new manager at our Deleware Reserve.

Our Delaware Reserve has a new manager: please join NERRA in giving Rachael Phillos a warm NERRd welcome! She comes to the Reserve from another division in the Delaware State Parks. She is excited to be a part of the NERRS!

Rachael was born and raised in Delaware as the middle child of three and only girl. Her love of nature comes from her childhood spent outdoors. She spent her summers at Cape Henlopen and Trap Pond State Parks and on camping/canoeing road trips with her family. She learned how to canoe at seven years old by sitting with a paddle on the coffee table in the middle of the living room—prep for a three-week portage in the Adirondacks in New York.

Because of her love of science, growing up she wanted to be an “ologist”: marine biologist, then geologist, and then anthropologist. She received her degree from the University of Delaware in Wildlife Conservation and Ecology. She has worked at White Clay Creek, Lums Pond, Trap Pond, Killens Pond, Fort Delaware, and Fort DuPont. She started her career as an environmental educator, then became a Nature Center Manager and eventually a Park Superintendent.

In her spare time Rachael is always interested in learning new things—including that the Instapot has a burn notification! She is the proud owner of a bookcase full of books (that sometimes get read), and three kayaks which sadly sit neglected on the porch. Rachael and her husband bought a large piece of land and built a house in order to justify having six animals.

Rachael’s first day in the office was Monday, October 28th, and she will be attending the NERRS and NERRA Annual Meeting in Charleston. That’s what we call a NERRd; don’t forget to introduce yourself! Or send her an email.