A Case for Oysters 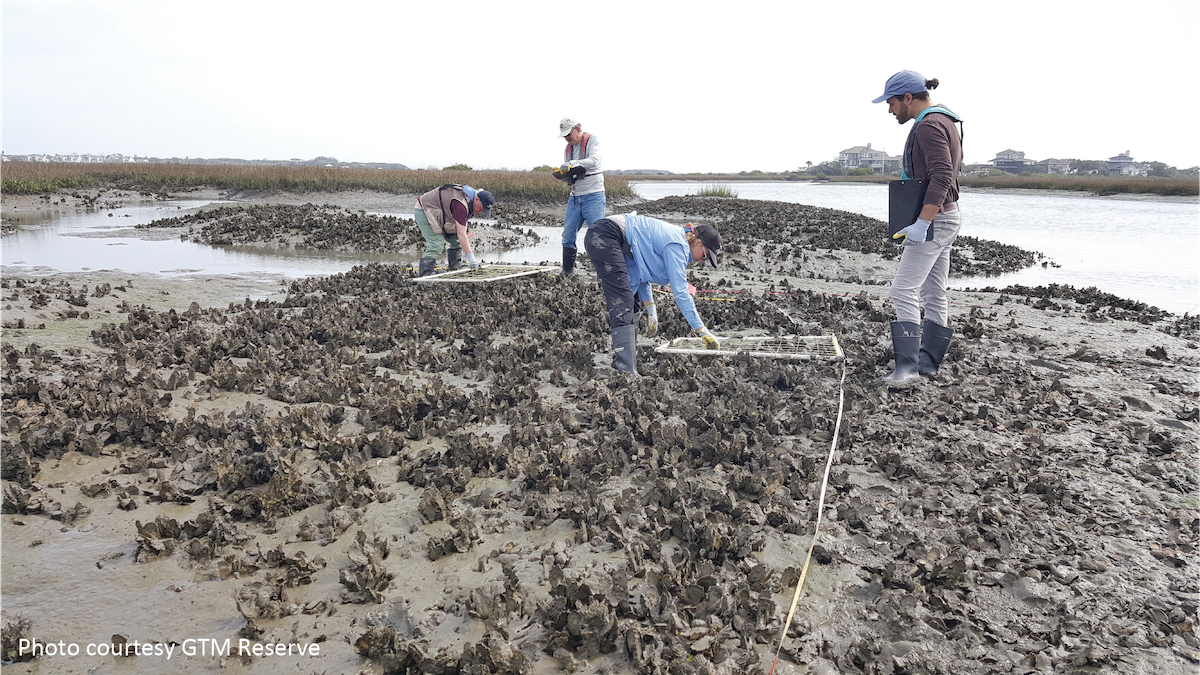 Oyster monitoring at the GTM Reserve.

Can restoring oysters really clean up polluted waters? That’s the $1.5 billion dollar question that scientists and restoration practitioners around the country want to answer. A new model, developed in the protected waters of the Guana-Tolomato-Matanzas (GTM) Reserve, supports the idea that oyster reefs do play an important role in protecting water quality—at GTM, they filter a whopping 60% of the estuary’s water in less than two weeks.

“If we were to restore oysters to historic levels in different parts of the country, this is very likely the effect they would have,” says Matthew Gray, lead author and scientist from the University of Maryland Center for Environmental Science’s Horn Point Laboratory. Gray collaborated with the scientists at the GTM Reserve, which is sited in a well-fished estuary with an extraordinarily high abundance of Eastern oysters with populations similar to those described by Euro-American settlers.

The team found that, as with all things Florida real estate, location matters. Oysters don’t need to carpet the estuary floor to promote clean water. At the GTM Reserve, Eastern oysters cover only about 4% of the bottom. More important, according to the model, is their density and location. Filtration rates were highest where water flowed over more than one reef.

“To have really meaningful water quality improvements you need to have really dense populations of oysters, and they need to be placed in the right spots,” says Gray.

The study shows that by prioritizing conservation in locations where oyster filtration is already efficient, coastal resource managers can deepen the impact of their investments in bringing back and protecting local oyster populations.

“This is what Reserves were created to do—protect and monitor biologically important places, conduct research to help us understand how they function, and then share that knowledge with decision makers,” says Rebecca Roth, executive director of NERRA. “With oyster populations around the country on the decline, we need evidence to support the idea that restoring shellfish will benefit water quality.” 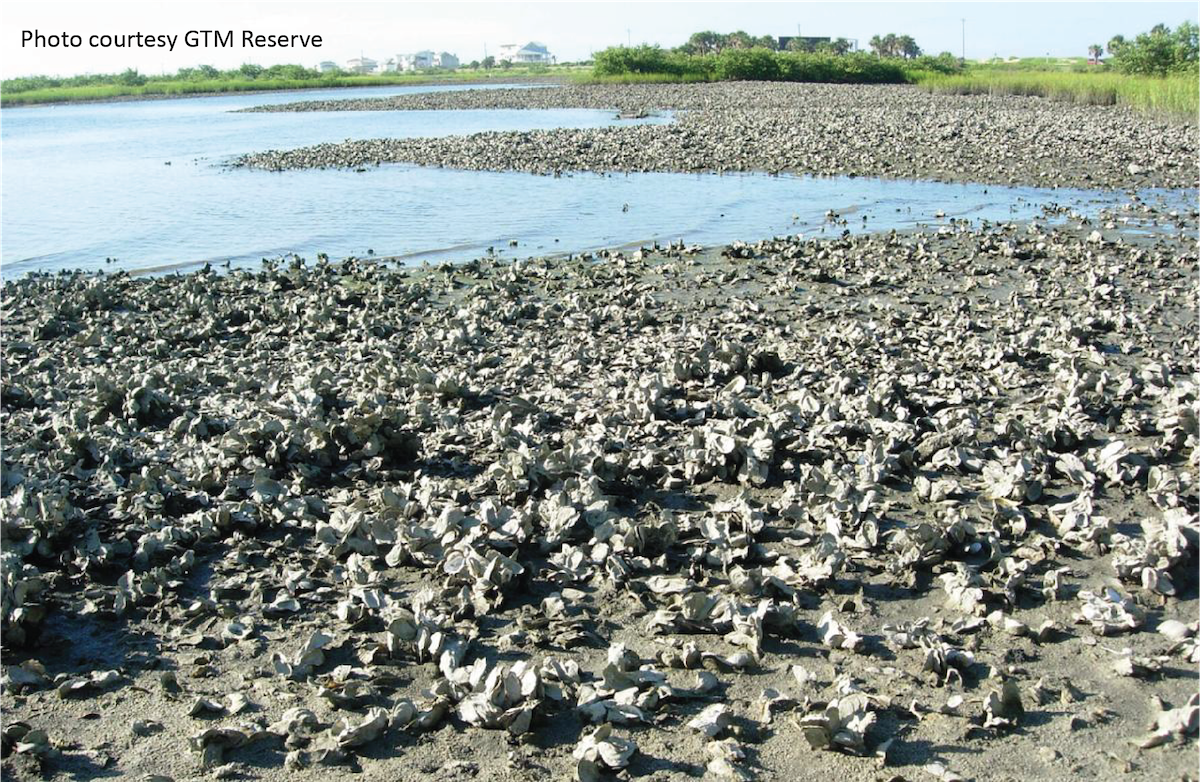 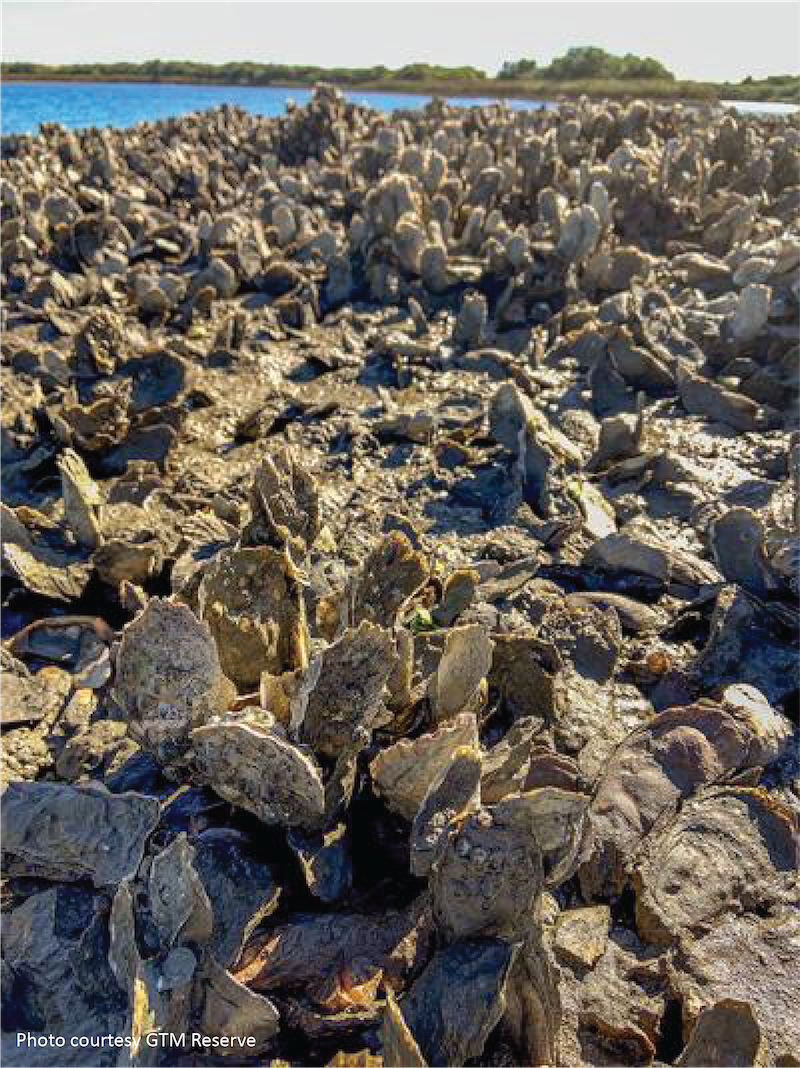 Oysters cover reefs in the Guana Tolomato Matanzas National Estuarine Research Reserve at an average density of 1,855 per square meter.