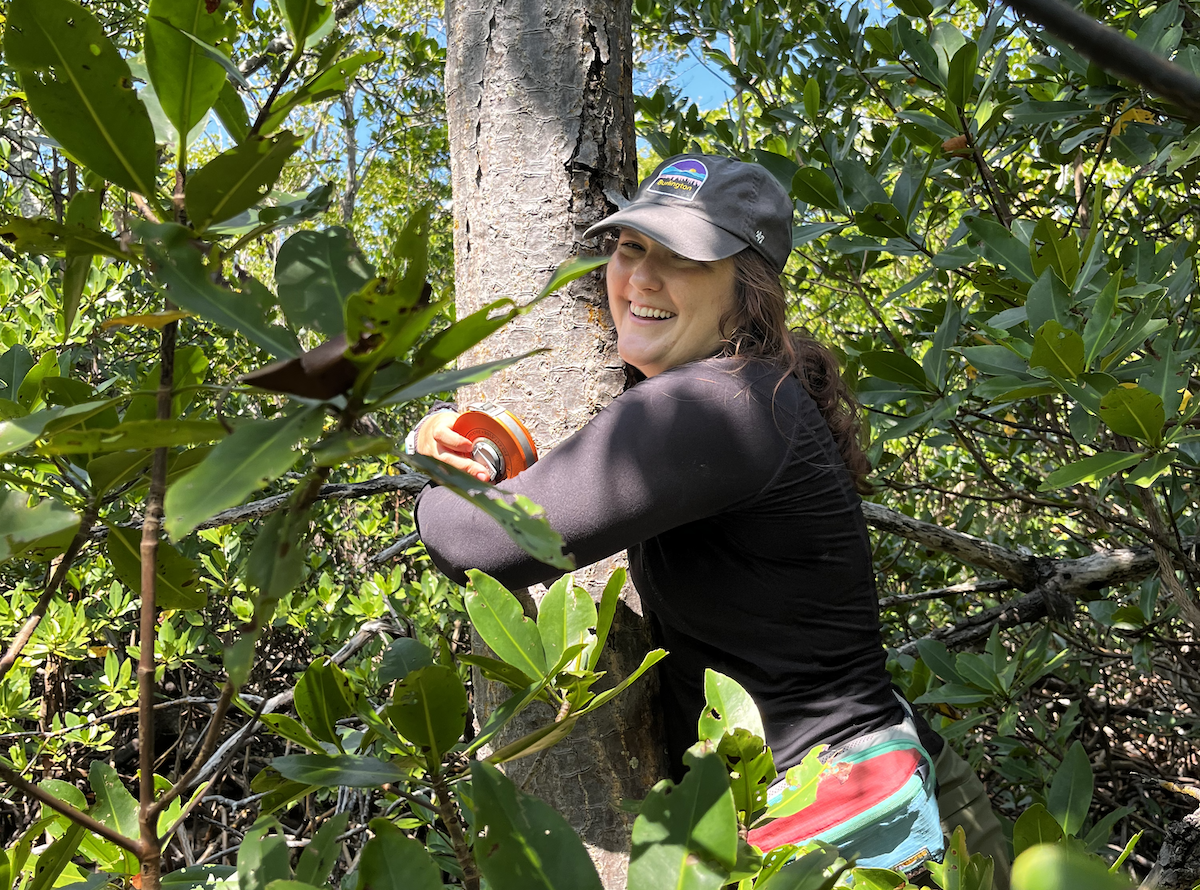 Zoë Shribman is mad about mangroves, so when she heard about an opportunity to work with the Rookery Bay Reserve on the Mangrove Coast Collaborative, she jumped at the opportunity.

Mangroves protect communities from the impacts of storms. When hurricanes hit the Jobos Bay and Rookery Bay Reserves in 2017, they realized the importance of understanding how mangroves were damaged and how they recover. They assembled a team of scientists, managers, and educators to address those needs, hoping to strengthen partnerships between the two Reserves, increase understanding of mangrove hurricane recovery in Puerto Rico and Florida, and better care for mangroves through a collaborative research process.

Zoë works as a technician with the project team collecting field data at the Rookery Bay Reserve. She is a recent graduate in marine science and NERRA sat down with her to talk about her experience.

Lola: Where are you from and what led you to pursue a career in coastal science?

Zoë: I grew up in Massachusetts and went to Eckerd College, a small liberal arts college in Florida with an amazing marine science program. I’ve always been excited about nature and exploring the world around me. I worked at the Broadmoor Wildlife Sanctuary in high school, but working at the New England Aquarium as a senior was where I first learned about the ocean, stewardship, and conservation.

Lola: How did you end up joining the team at the Reserve?

Zoë: I went to Louisiana State University for my masters because I wanted to work with Robert Twilley, a mangrove legend who got his start at Rookery Bay. I’d been reading his papers for over eight years; working in his lab felt surreal. I put together a project on mangroves and Robert made it possible for me to do field work at the Reserve. Then I got involved in a workshop series that the Reserve puts on. When the job came up, I jumped at the opportunity.

Lola: What kind of projects are you working on?

Zoë: The Mangrove Coast Collaborative is my primary project. It’s been cool to work with people who are as excited about mangroves as I am. My team is collecting data to figure out ecological drivers of damage and recovery post Hurricane Irma, but it’s a collaborative project with lots of really cool stuff happening. We haven’t been to all of the sites yet, but it’s incredible to witness how resilient mangrove ecosystems are. They are built to last and handle stressful conditions, such as harsh intertidal flooding, saltwater, and waterlogged soils.

Lola: What’s the most satisfying thing about your work? What’s most frustrating?

Zoë: I love spending time outside. I’m surrounded by mangroves, water, and wildlife. It’s totally dream job territory for me.

That being said, some of the sites need to be climbed through. Mangroves are sometimes called “walking trees” because they look like they’re walking to the ocean. We’re carrying gear and water with us, which can be intense. It’s also frustrating to be so reliant on nature when you work in natural ecosystems. I’m an organized planner type and there are so many things that are out of our control. Now that we’re approaching the rainy season, we have to plan around thunderstorms and hurricanes. And these are remote field sites where people don’t necessarily go. You don’t know what it’s going to be like until you get there. Many of them are only accessible by boat and sometimes you can’t access the sites at all. 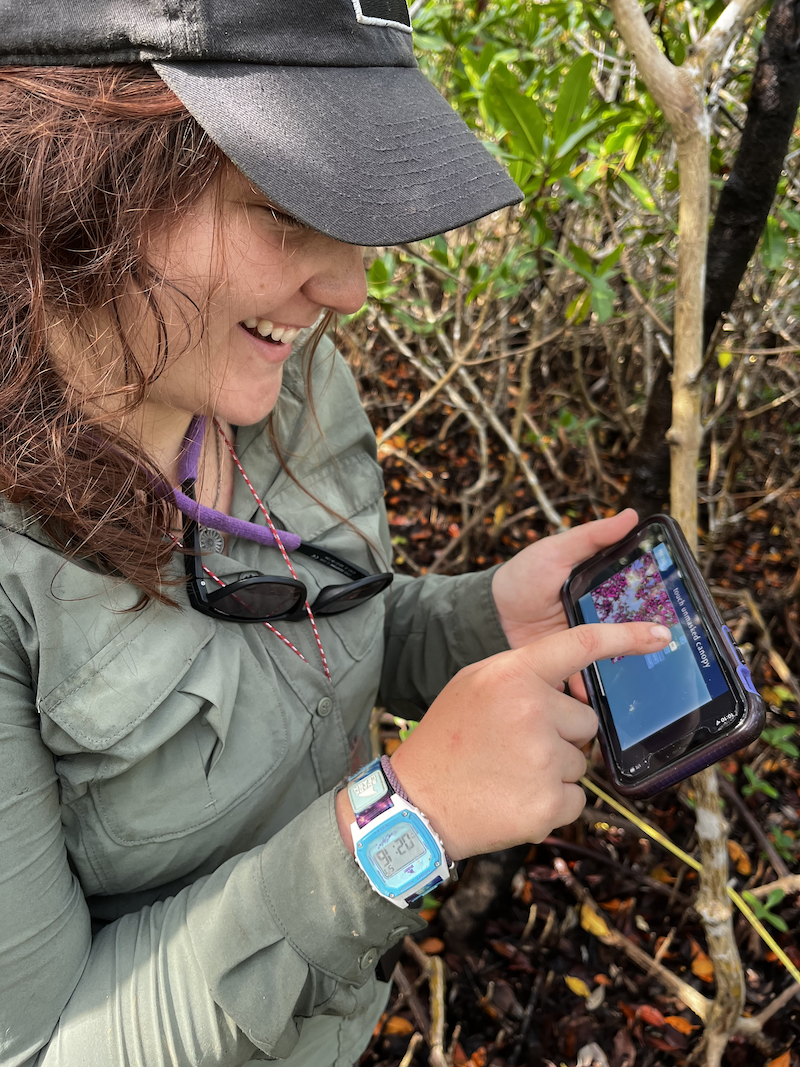 Lola: Why should everyone want to visit Rookery Bay?

Zoë: There are over 12,000 hectares of mangroves in Rookery Bay, more mangroves than any other Reserve. It has some of the most natural mangroves left in Florida. I’m all about the mangroves, but there’s all kinds of wildlife here. We see dolphins everyday! There are amazing birds, sea turtles, manatees, and stingrays. We border the everglades.

Lola: What’s next for you (if there is a life after the Reserve!)?

Zoë: I’m starting a PhD program in Singapore. There aren’t a lot of mangroves in Singapore, but it’s a gateway to Southeast Asia, which has the most mangroves of any region. Indonesia has 43 species of mangroves, versus just three in Florida.

Mangroves are found all over the world. They have an impact on everyone, even if you don’t live on the coast, because they store carbon. They’re good for fisheries, nurseries, coral reefs, seagrasses, and salt marshes. We create boundaries but in nature, they blend together. These are interconnected systems.

If I weren’t doing that, I would totally consider a job in the Reserve System and I’m really interested in working on projects in the future with the NERRS.

If you want to reach out to Zoe, you can do that on her twitter. 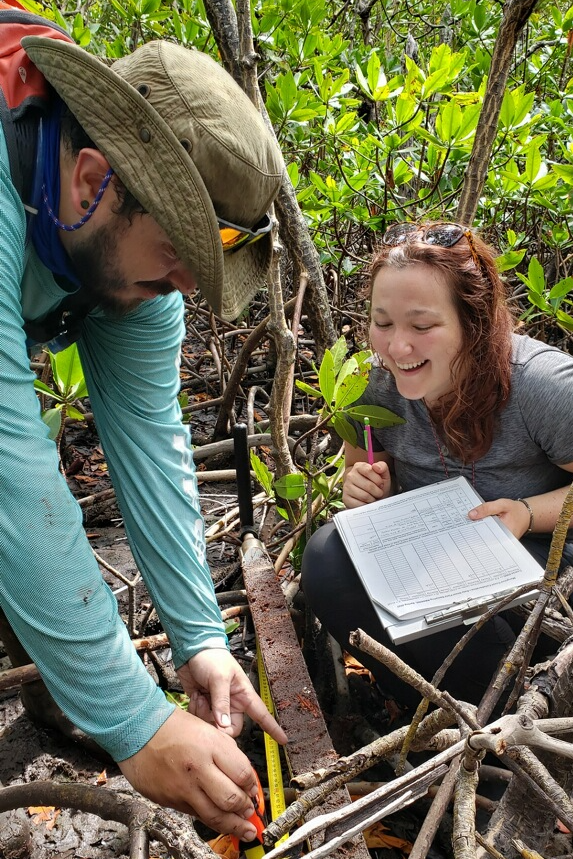