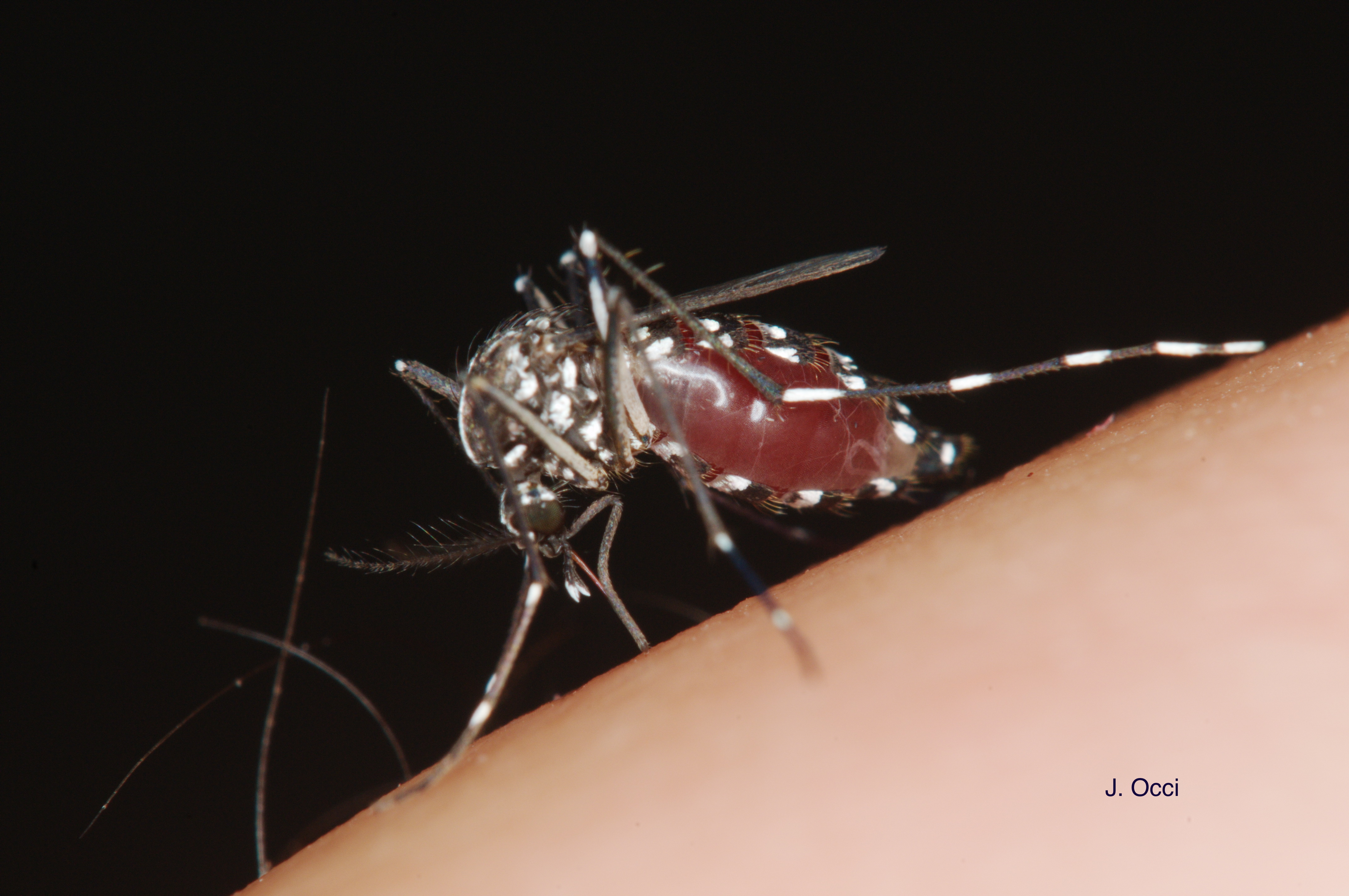 A female mosquito feeding on her photographer.

New Jerseyans aren’t the only ones who enjoy summer days at the beach. Mosquitos are a longstanding nuisance, annoying sunbathers and swimmers, one bite at a time. As sea levels rise, a team from the Jacques Cousteau Reserve, Rutgers University, county mosquito control agencies, and natural resource management professionals asked an important question: how will this impact local mosquito populations?

To better understand the location and size of coastal mosquito populations, the team used cutting-edge eDNA assays and drone-based sampling to survey mosquito breeding pools. Their data suggests that as sea-levels rise, the population of mosquitoes is increasing in marsh-upland areas.

Efforts to curb New Jersey’s mosquito populations extend back to Franklin D. Roosevelt’s administration, when thousands of miles of grid ditches were dug, draining pooled water from coastal wetlands where mosquito larvae grow. Later, harmful insecticides, such as DDT, supplanted grid ditches as a means of control. Since banning DDT in 1972, coastal counties have used other insecticides and BIT (a naturally occurring bacterium found in soils) to combat mosquito populations.

These measures, however, are no match for the increasing mosquito populations that rising sea levels bring. And with New Jersey sea levels at twice the global average, the problem is likely to get worse. 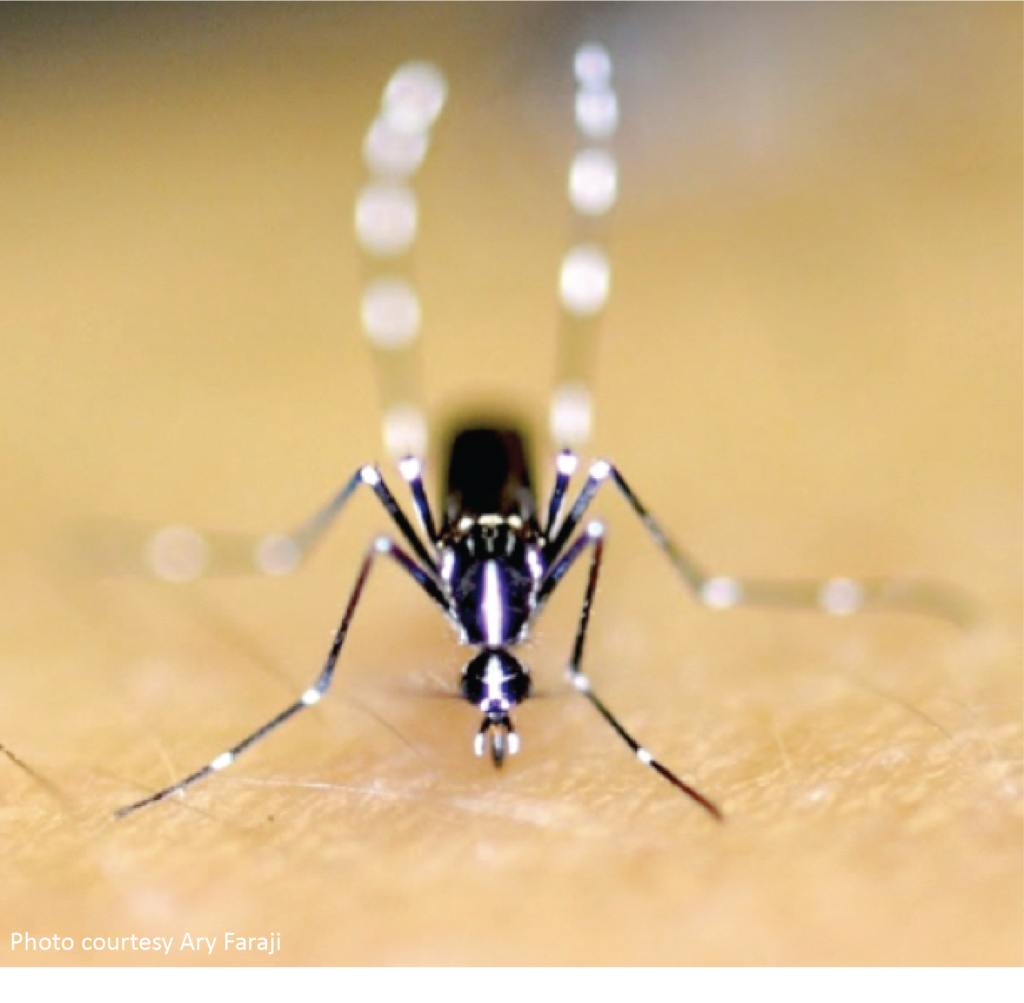 Mosquito control agencies can use the surveillance tools developed by this project to identify, target, and control mosquito “hotspots.” Agencies can pinpoint the mosquito populations and advise the local communities about how to control them. With these developments, coastal areas around the U.S. will have more powerful mosquito surveillance tools available to them which may lead to more effective, comprehensive mosquito control.

Lisa Auermuller, assistant manager at the Jacques Cousteau Reserve, believes these tools are highly transferable. “By having an idea of what future conditions may be,” she says, “mosquito control professionals can plan future management strategies.”

The Reserve’s Education Program developed companion learning modules that local schools can use to engage students in learning about issues of climate change in their communities. These modules provide educational activities that promote the understanding of the impact of climate change on their local ecosystems and the health and safety of coastal communities.

“The lesson brings locally relevant climate change issues together with real-world applications,” says Katilin Gannon, the Reserve’s education coordinator. She hopes these hands-on activities will generate curiosity and empower students to continue learning and advocating for change in their local and global communities.