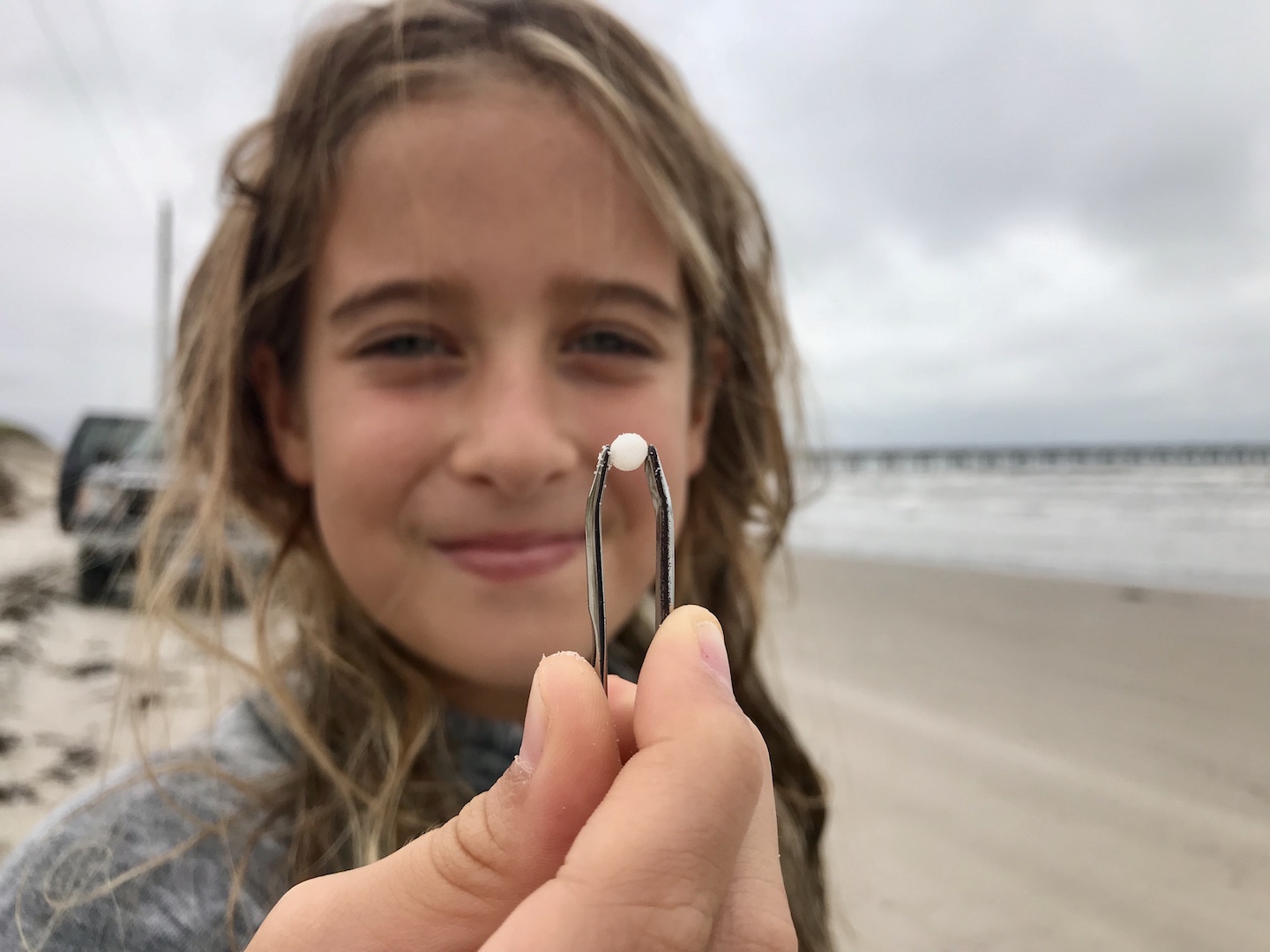 Beach lovers of all ages have joined the Nurdle Patrol. Watch Parker Tunnell explain how to help. Photos and video courtesy Mission-Aransas Reserve.

Pop quiz: what’s a nurdle? Sounds cute, right? Like the season’s hottest toy? In reality, these lentil-sized plastic pellets used in manufacturing are shaping up to be a big problem in our oceans, where they often absorb pollutants before being snapped up by marine animals and seabirds.

Last October, hundreds of thousands of nurdles started washing up near our Mission-Aransas Reserve and on beaches along the Texas coast. Their origin is a mystery, but not for long. A Reserve-led team of citizen scientists of all ages have rolled up their sleeves to help. 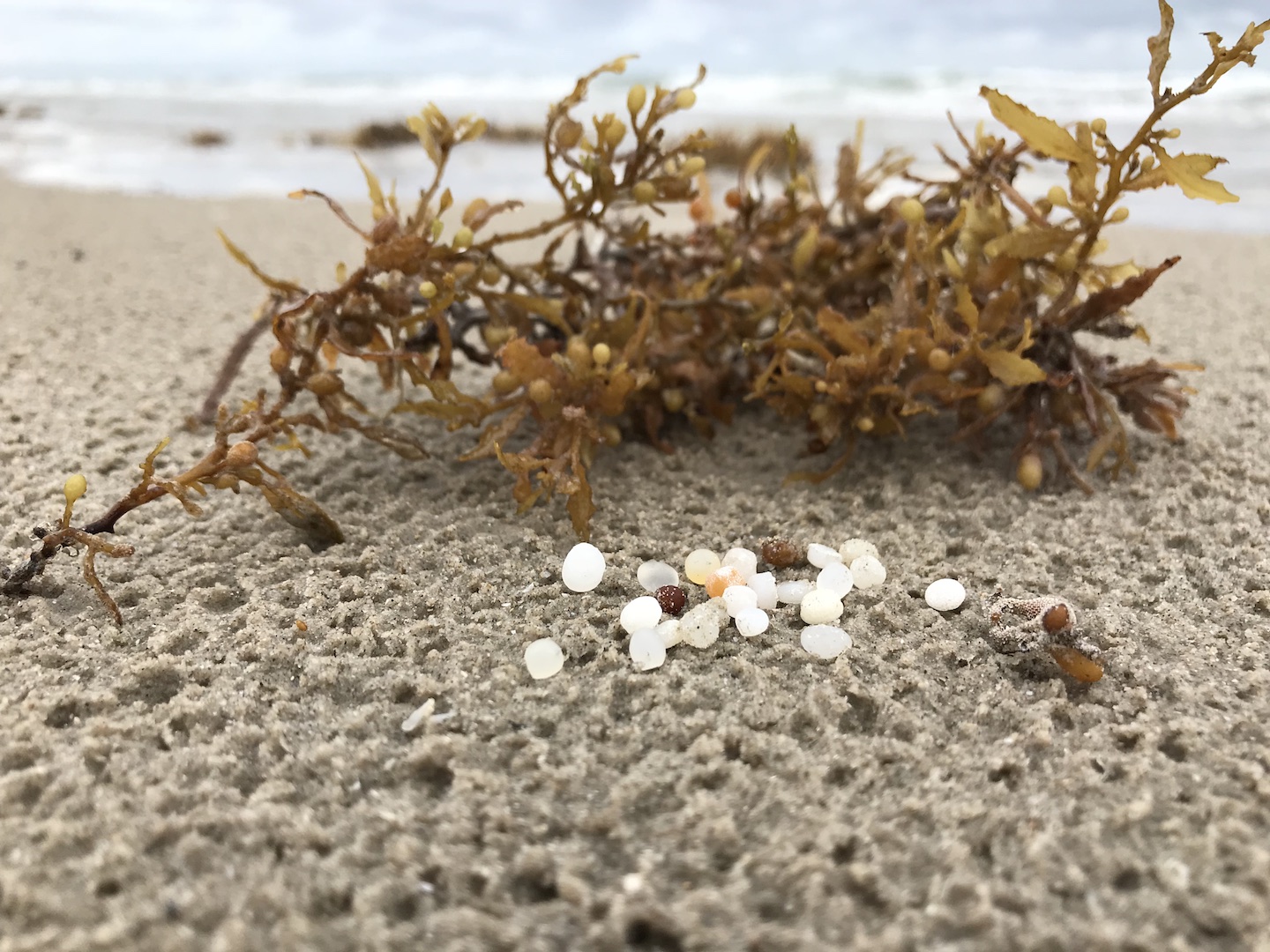 Once they hit the ocean, nurdles do not go away, they break up into smaller and smaller plastic particles that are mistaken for prey by many marine creatures and enter the food chain.

“Twenty-five people have signed up to help us monitor their favorite beaches,” says Jace Tunnell, manager of the Mission-Aransas Reserve, who has been monitoring the pellets since he first spotted them in late September. “We’ve created a process that anyone can follow to help us understand the magnitude of the problem and where it’s coming from.”

Beachcombers from Galveston to South Padre Island are collecting information about the nurdles they spot and sending it, along with a photo, to the Reserve. Mare Kobie from Port Isabel is an avid beach-goer who is no stranger to volunteering her time to protect local sea life. So it was natural for her to step up to help.

“When I found the first one [nurdle] and saw next to it was another and another, it made me sad,” Kobie said. “I just love the sea turtles so if this helps one sea turtle not get a nurdle in their belly, I will be happy.” 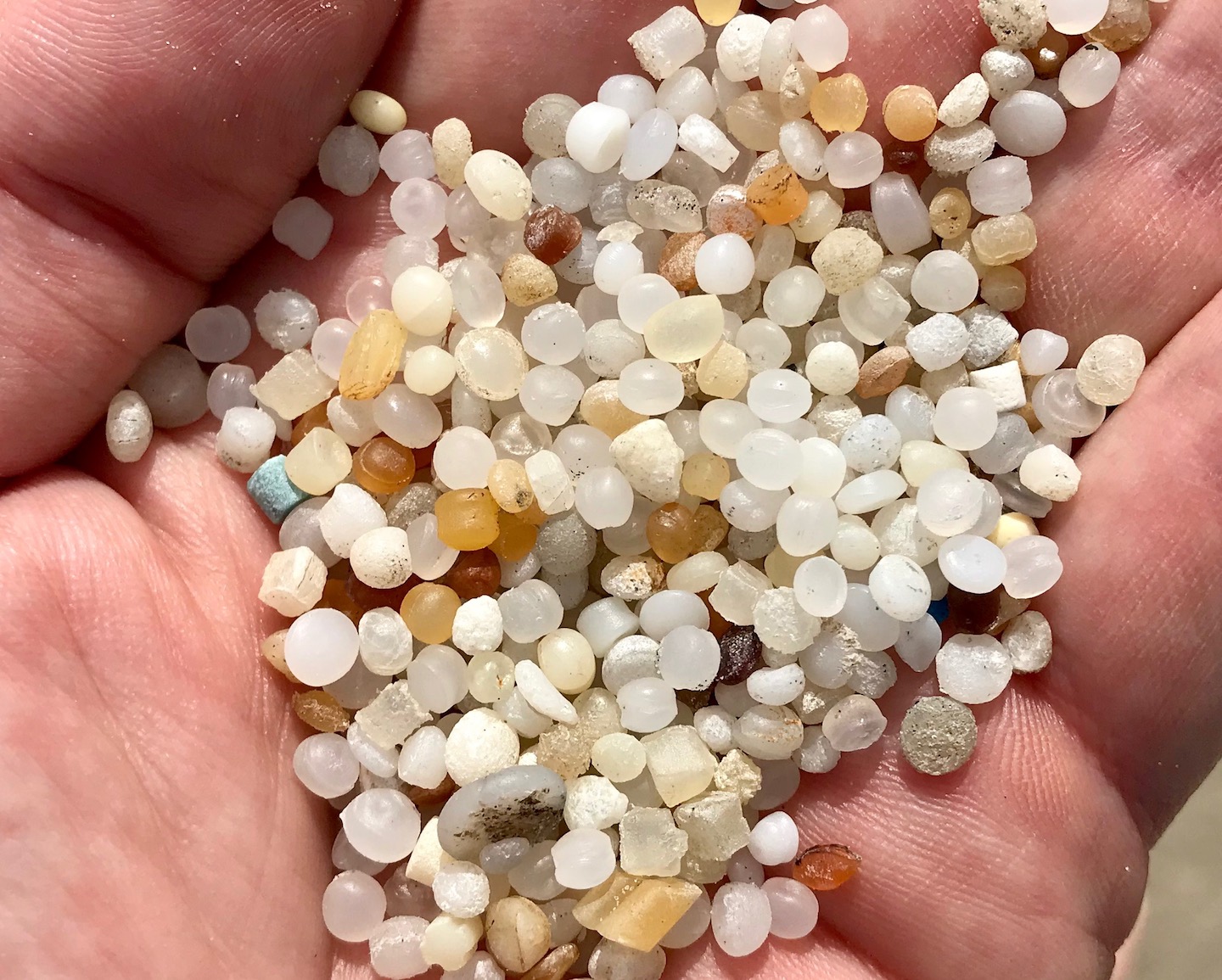 Tiny nurdles blend all too well into coastal environments and are a primary contributor to marine debris world wide. Reserves around the counrty work with NOAA’s Marine Debris Program to investigate and prevent adverse impacts of debris.

Tunnell’s latest count shows nearly 300,000 nurdles per kilometer in some beach areas. Because of their small size, the plastic pellets are difficult to clean up. The Reserve, which is part of the University of Texas Marine Science Institute, has been monitoring the area’s animals, including the region’s much beloved green turtles, but so far, they have not seen any impact.

“It’s still early to assess,” says Tunnell. “But, unfortunately, we know the end game. It’s just a matter of time before they end up in the food chain. Maybe the release of the nurdles was unintentional, but somebody needs to be held accountable and somebody needs to clean them up.”

Tunnell has created a Facebook group for their local “Nurdle Patrol” and initiated a Gulf-wide effort to look at the nurdles’ distribution and abundance. He is engaging Reserves in Mississippi,  Alabama, Florida and Puerto Rico, as well as scientists in Mexico, Cuba, and the United Kingdom. Nurdles, it appears, really get around. 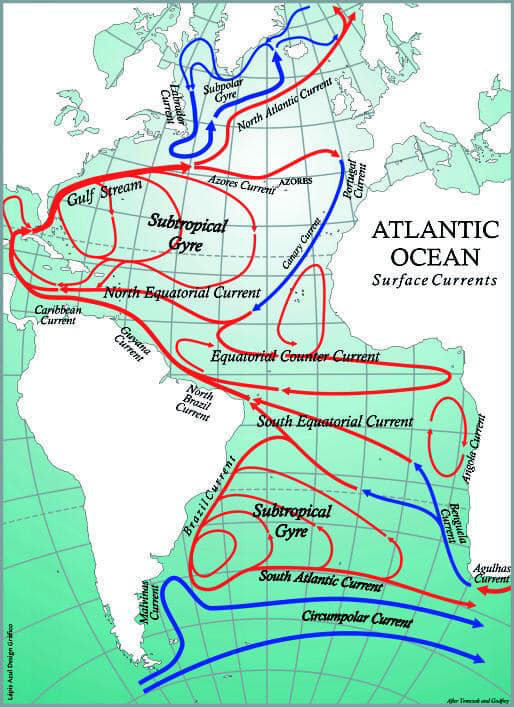 “Last week, Jasper Hamlet, a project officer for FIDRA, emailed me about a nurdle spill in October 2017 around Durban, South Africa,” says Tunnell. “Based on models, his colleagues predicted the nurdles spilled in South Africa would be in Brazil in around 387 to 562 days from October 10, 2017. He was curious to know if our nurdles are similar to the Durban spill because the ocean currents could have brought them all the way to the Gulf. The majority do not look the same; however, I’d love to send him a bag of nurdles to compare!”