Archaeologists and ACE Basin Reserve volunteers are racing to uncover ancient secrets hidden under Pockoy Beach before they are swept away by rising seas. Photo courtesy Taylor Main.

This is an epic story about archeology. (Sorry Indiana Jones fans—this is not a story about a mystical ark and a swashbuckling archaeologist who battles nefarious villains to protect said ark. However, we can promise some plucky archaeologists, LIDAR, and a race against time to uncover precious artifacts.)

The story begins in 2016, after Hurricane Matthew hit South Carolina, causing flooding, power outages, property damage and more. In the aftermath, emergency responders and scientists used aerial light detection and ranging imagery (LIDAR) maps to better understand the impacts of this Category Five storm. As analysts from Northern Kentucky University were reviewing the maps, they spotted something unusual on Pokoy Island in our ACE Basin Reserve: circular formations that appeared to be remnants of ancient Native American shell rings.

“Reserves are designated to protect areas that are special, ecologically and geographically,” says Blaik Keppler, manager of the ACE Basin Reserve. “These are the same qualities that have attracted people to live in these areas for centuries, so many Reserves also protect precious cultural resources. The shell rings uncovered by Matthew, however, had been buried under a maritime forest, so it was a surprise to learn they existed on Pockoy Island at all.”

The LIDAR analysis revealed that if these were indeed shell rings, they were in danger of being swallowed by the Atlantic. Pokoy’s remote shoreline is experiencing extremely high erosion rates, making it likely that the rings—and everything they could tell us about ancient native culture in South Carolina—would disappear in a few years. 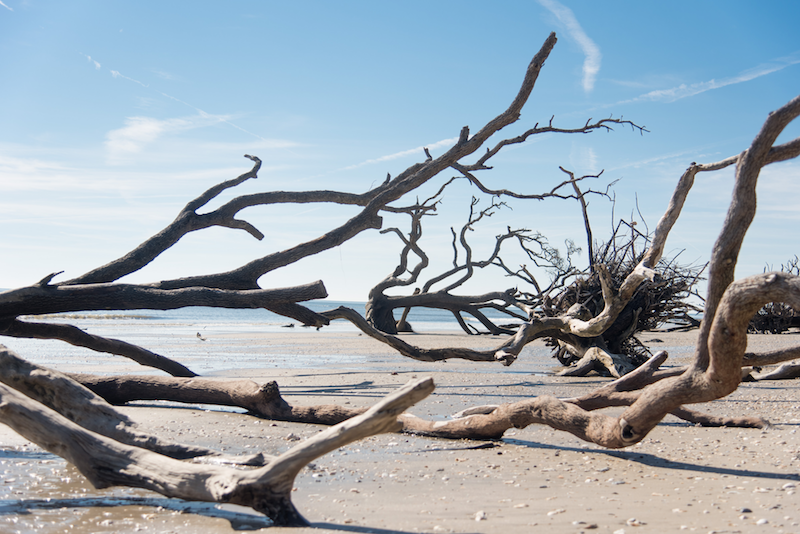 Erosion on the shores of Pockoy Island have left a “boneyard” of dead trees along a rapidly changing coastline. Photo courtesy Taylor Main.

Archaeologists from our Reserve’s partner, South Carolina Department of Natural Resources (SCDNR), knew they would have to race against time to excavate the rings. They joined forces with experts from across the Southeast to begin fieldwork in June 2017. Through shovel testing, systematic probing, and excavating a sample area, the team successfully recovered some animal bone artifacts that were necessary to conduct radiocarbon dating. By December, results were conclusive: the rings were created by Native Americans more than 4,000 years ago.

Most of the excavated bones found by the team have been remains of animals that were eaten, but some were made into objects for everyday living like this pin. Photo courtesy Bess Kellett.

Throughout 2018,  SCDNR Heritage Trust archaeologists and partners mobilized to continue to learn what they can from the ancient middens. The work is painstaking and calls on a small army of archaeologists, student interns, and volunteers who are carefully excavating trenches in the shell ring, shaving layers of earth, sifting through the soil, bagging the artifacts they find, logging the bags, and taking photographs to document their process.  Hundreds of paper bags have been labeled in this systematic way. Inside each one are smaller sealed bags that are individually marked to describe the contents: remnants of animal bones, shells, and pottery. 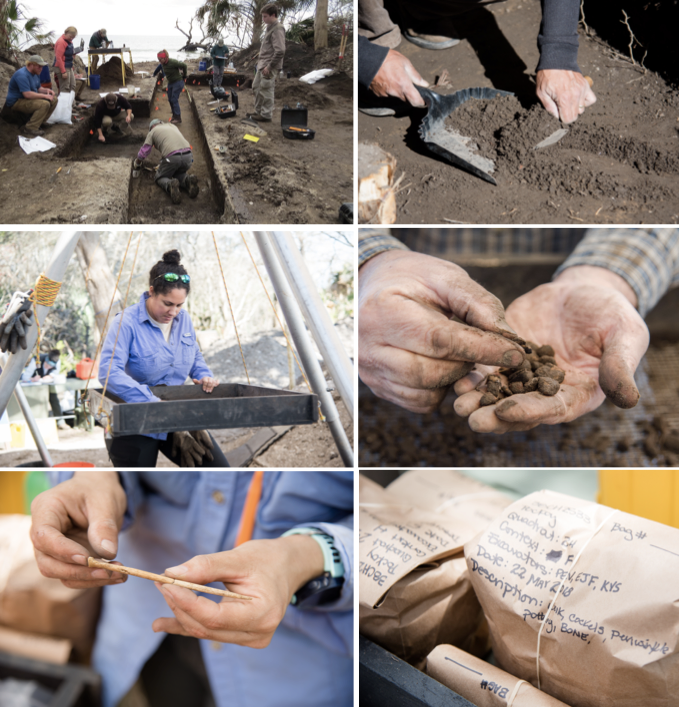 SCDNR Heritage Trust archaeologist Karen Smith sees the ring primarily as a site where people processed and consumed massive amounts of shellfish. “They consumed what they processed and maybe dried and saved food, but we are also finding animal bone pins and shell beads. They appear to have been making things, as well as eating here. All this was happening about 4,400 years ago.”

Time is running out—in early December part of the excavation was overwashed by a storm—but fortunately, Reserve volunteers and school groups have stepped up to help.

“Our volunteers have been excited to become part of this historic research,” says Keppler. “They’ve helped sift through the excavated dirt and they also became docents. Each day, volunteers led groups on a tour through the site, exposing visitors to a unique experience.” 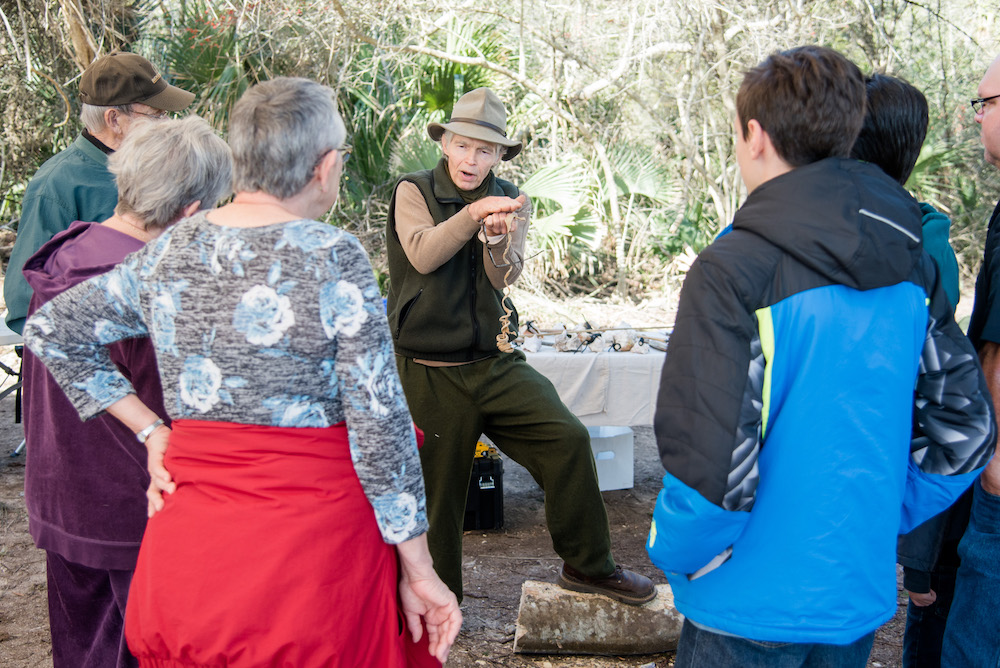 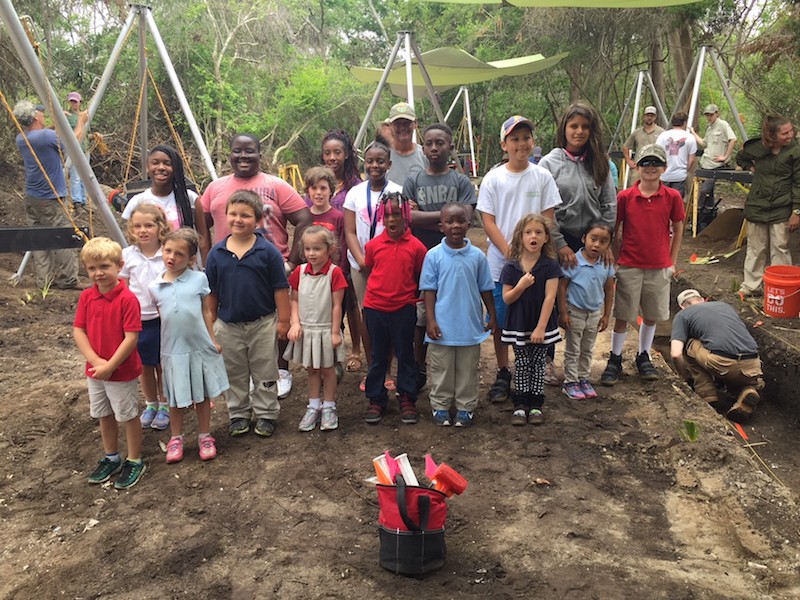 
Keppler sees this effort as a perfect example of the many ways that we can learn from the lands that Reserves protect.

“ACE Basin is steeped in cultural history and we at the Reserve are glad to be a part of learning about this newly discovered treasure,” she says. “It is incredibly important that places like Reserves exist as living laboratories. We can use them to learn about the past, conduct research about today’s coastal systems, and provide places for residents and visitors to learn and play now, and in the future.”

—With thanks for story contributions to South Carolina Wildlife Magazine