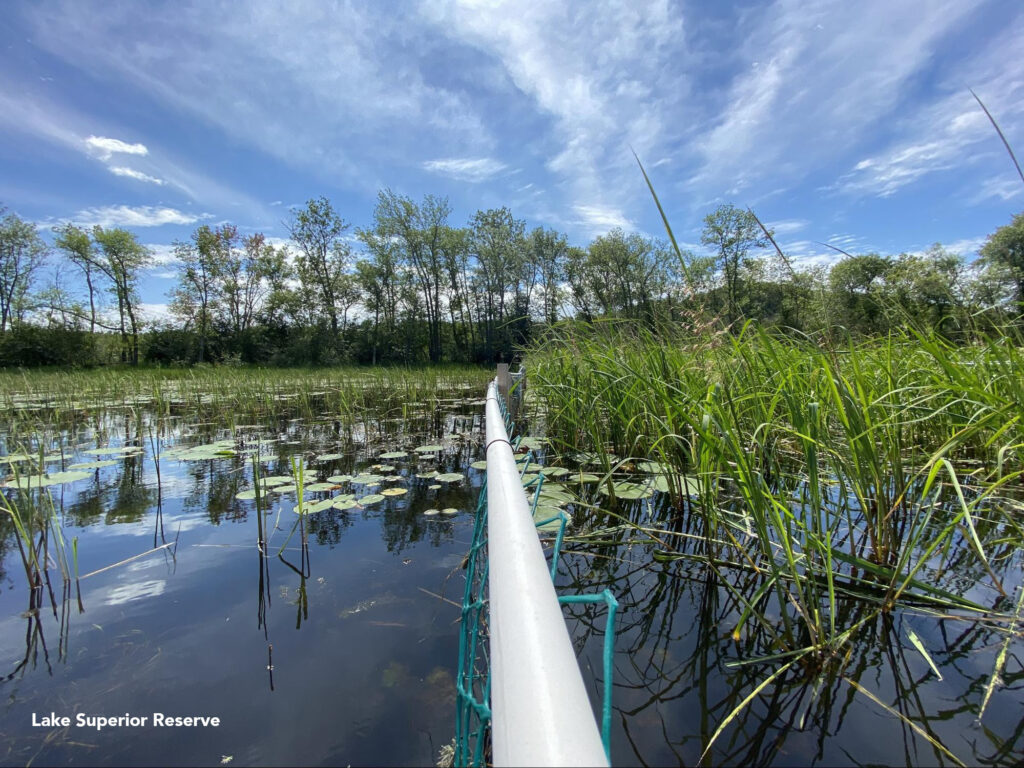 A geese exclosure put in by staff at the Fond du Lac Band of Lake Superior Chippewa prevented the birds from grazing the manoomin at right. Photos courtesy Lake Superior Reserve.

Reserves protect special places. But the wild rice beds, known as manoomin in the Ojibwe language, at the Lake Superior Reserve are exceptional. At least they were.

Manoomin once thrived in the clean waters of the Lake Superior Basin, where they were central to life for thousands of years. Since the 1960s, however, the abundance of wild rice has steadily declined. The threats are multiple, and include over predation by birds like geese and swans, hydrologic changes, pollution, land use impacts, and climate change.

The Reserve has joined with First Nation and other partners in the Lake Superior Manoomin Workgroup to explore how to bring the manoomin back. The group has been working to understand the value of these beds and what can be gained by restoring and protecting them for future generations.

“We’re well-situated to be in the group,” says Deanna Erickson, manager at the Reserve. “The St. Louis River Estuary had some of the largest rice beds in the basin. Those were largely lost, and the community is in the process of restoring them now. We’ve provided ecological monitoring that is critical to these efforts.”

The group completed the Lake Superior Manoomin Cultural and Ecosystem Characterization Study last May. This report provides a baseline understanding of the current status of many historical manoomin beds, describes what it would take to restore their ecological and social functions, and makes recommendations for moving forward.

Manoomin is integral to the culture, livelihood, and identity of the Anishinaabe, a group of Indigenous peoples within Canada and the United States. In their culture, manoomin is considered a sacred, animate, “more-than-human” being. It is present at ceremonies, celebrations, feasts, funerals, and initiations as a food source and spiritual presence.

“The potential for restoration is enormous,” says Erickson. “Even in places where restoration has been successful, more is needed. At one Minnesota site, Twin Lakes, it was found that if planned restoration improved habitat functionality by 2.5%, more than 100,000 additional acres of restored habitat—the area of 550 Twin Lakes—would be needed to recover the loss in functionality that occurred between 1966 and 2019.” 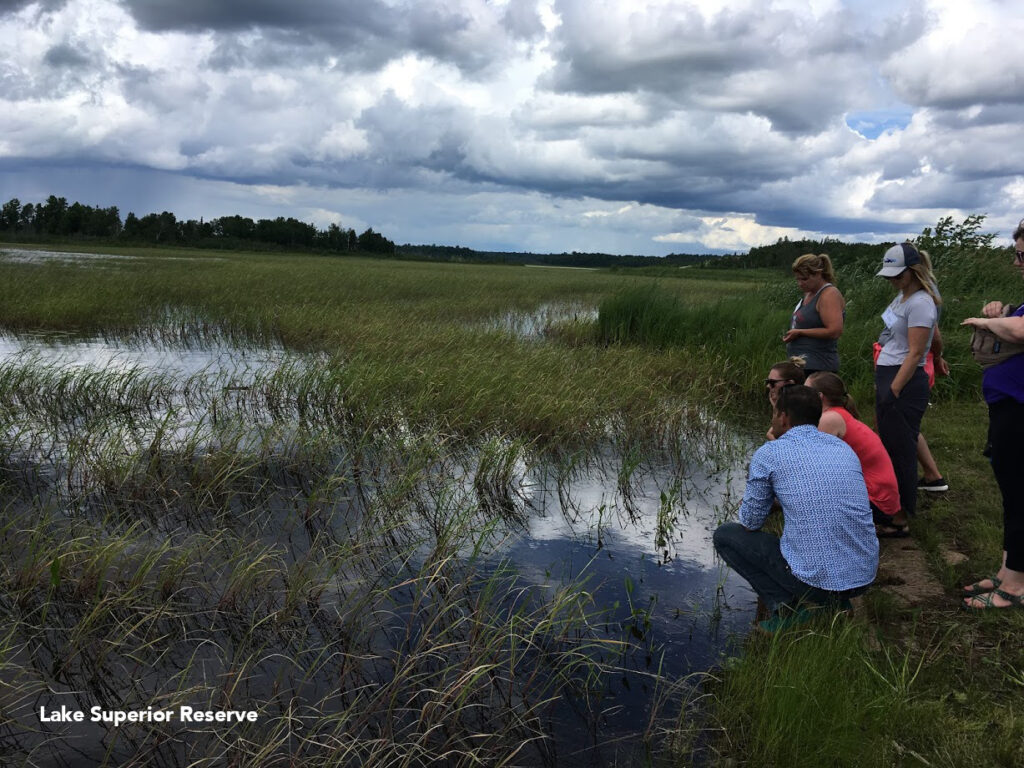 The report highlighted the critical importance of monitoring data, such as the kind provided by the Reserve, to support restoration. Long-term data can help cultural leaders and  other natural resource managers assess the health of existing habitats and evaluate the success of different restoration strategies. It also can provide information about manoomin productivity and other aspects of the ecosystem.

“Our Reserve will keep supporting our partners in manoomin restoration,” says Erickson. “We’re here to sustain the Estuary and the people who rely on it. Because of this project, we can speak more articulately about the value of restoration, and we’re looking to what we all can do together to support the harvest of manoomin and ecological integrity of the Estuary in the future.”

Share This
What We Work ForHealthy HabitatsRestoring Manoomin in Lake Superior