Spreading the Word on Seagrass 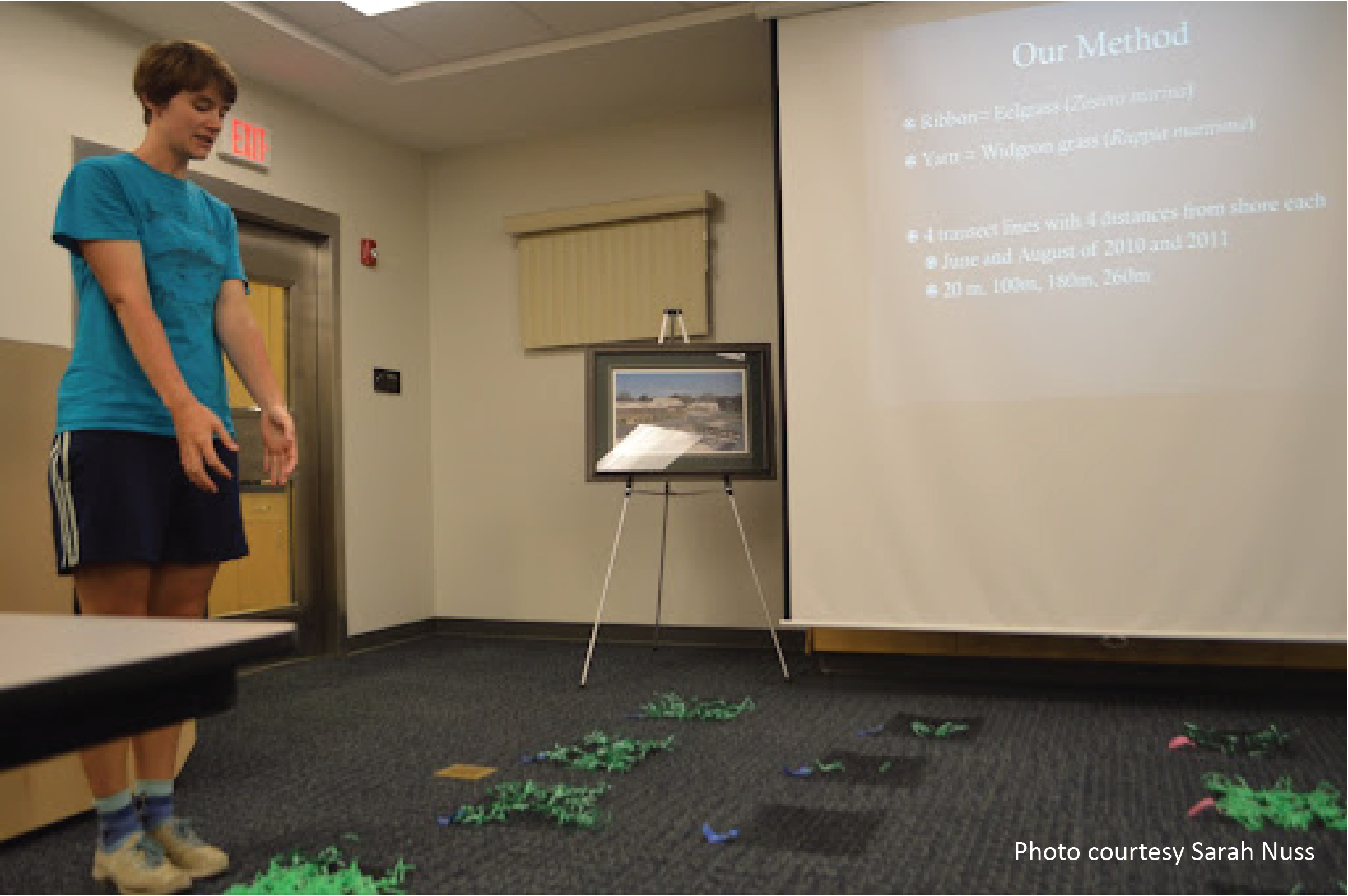 Celeste teaching the lesson to summer campers at the Virginia Institute of Marine Science.

Unlike saltmarshes, seagrasses are not the darlings of landscape artists. In contrast to coral reefs, their pictures do not flood ecotourism accounts on Instagram. Most people don’t know anything about these ecosystem superstars that grow on the bottoms of coastal waters, even though they support food security, mitigate climate change, promote biodiversity, and own the title of world’s largest plant. At Virginia’s Chesapeake Bay Reserve, however, educators are bridging the seagrass charisma gap by building awareness of its importance among teachers and students and introducing them to the science we rely on to manage this important resource.

“Seagrass is a topic people don’t know much about,” says Sarah Nuss, education coordinator at the Reserve, where site-based research has contributed to dozens of scientific papers and been cited in about 2,000 others. “The Reserve is supposed to translate the science happening here to the public, and seagrass just isn’t what people think of when they hear marine science,” she says.

Back in 2016, Nuss saw an opportunity to change that. Teachers were asking for authentic science lesson plans using real local data, so she worked with Celeste Venolia—a former NOAA Hollings Scholar—to create a lesson plan focused on seagrass and based on Reserve-based research and science.

“Celeste spent time in the field so she could see what scientists were actually doing,” says Nuss. “She used water quality and seagrass data collected from the Reserve and turned it into an engaging lesson plan modeled after a published paper.”

Nuss and Venolia wanted to give the students the opportunity to participate in the scientific process, so the plan includes hands-on activities in which students count seagrass plants or estimate the area they cover. They use water quality data, including temperature and turbidity, from the Reserve’s System-Wide Monitoring Program to solve the mystery of the seagrass decline.

“It’s a simulation,” says Nuss. “They get to act as scientists and see what the process is like.” She hopes that students will come away with an understanding of the slew of biological factors that impact seagrass, as well as the diversity of career options that exist in the marine sciences.

The lesson plan has been published in Current, a journal specializing in marine education from the National Marine Educators Association. The Reserve continues to use the plan for teachers, for programs they host, and for public outreach events. “When seagrass is the topic, it’s being used as an example.” says Nuss.

Over the last five years, the plan has been used at all of the Reserve’s Teachers on the Estuary (TOTE) workshops, which host approximately 25 teachers each year.

The effort to translate science into education is something that Nuss and other educators at VIMS do, such as through the Virginia Scientists & Educators Alliance (VA SEA), a collaboration between the Reserve and the Virginia Institute of Marine Science (VIMS) Marine Advisory Program that translates graduate student research into digestible lesson plans for middle and high school students. Graduate students are trained on science communication, including how to write lesson plans, and then Virginia teachers are able to access these lesson plans, containing real data graphs and research topics, for their classrooms. The VA SEA lesson plans have been downloaded over 2,100 times in nearly 100 countries. 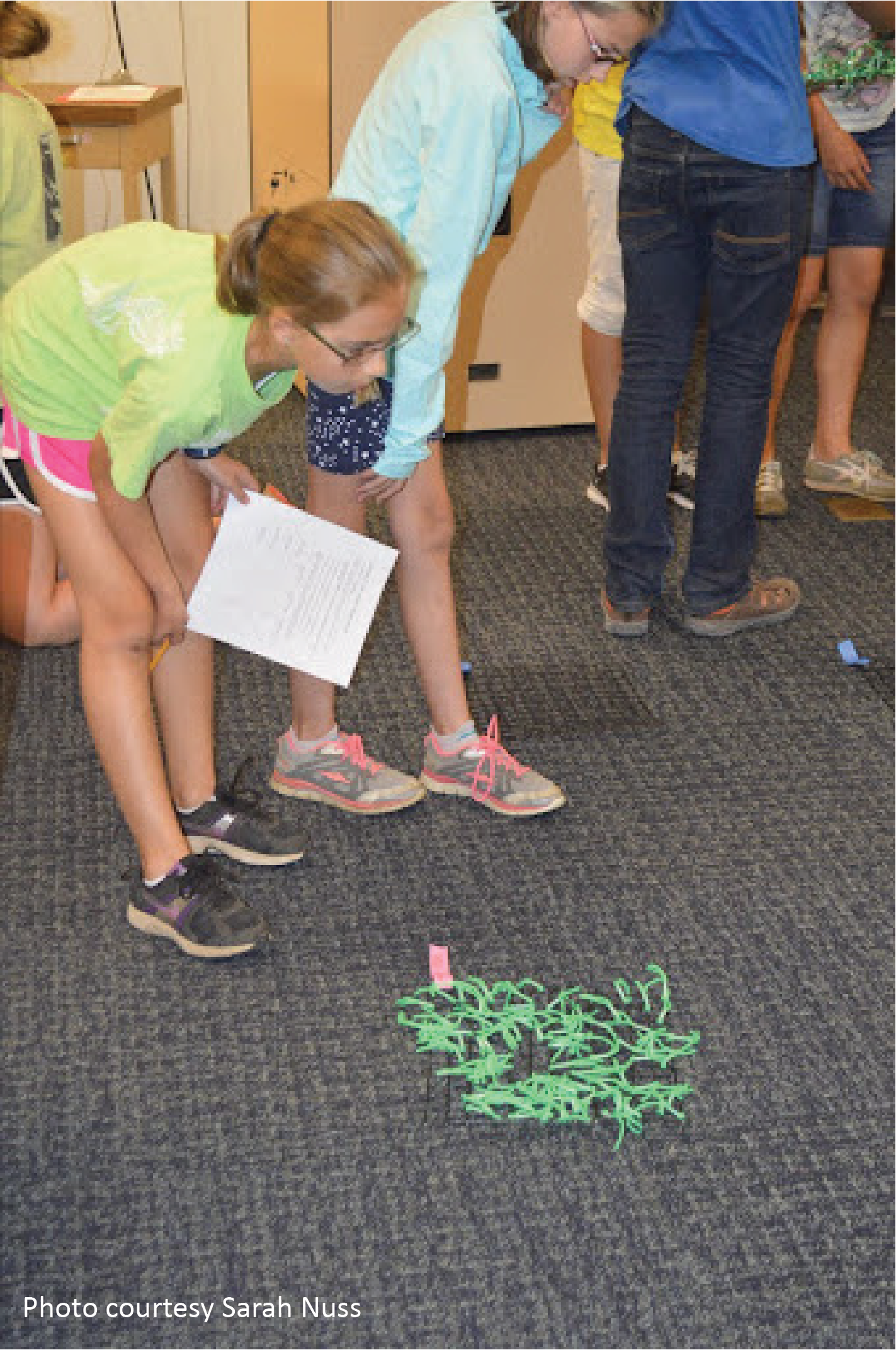 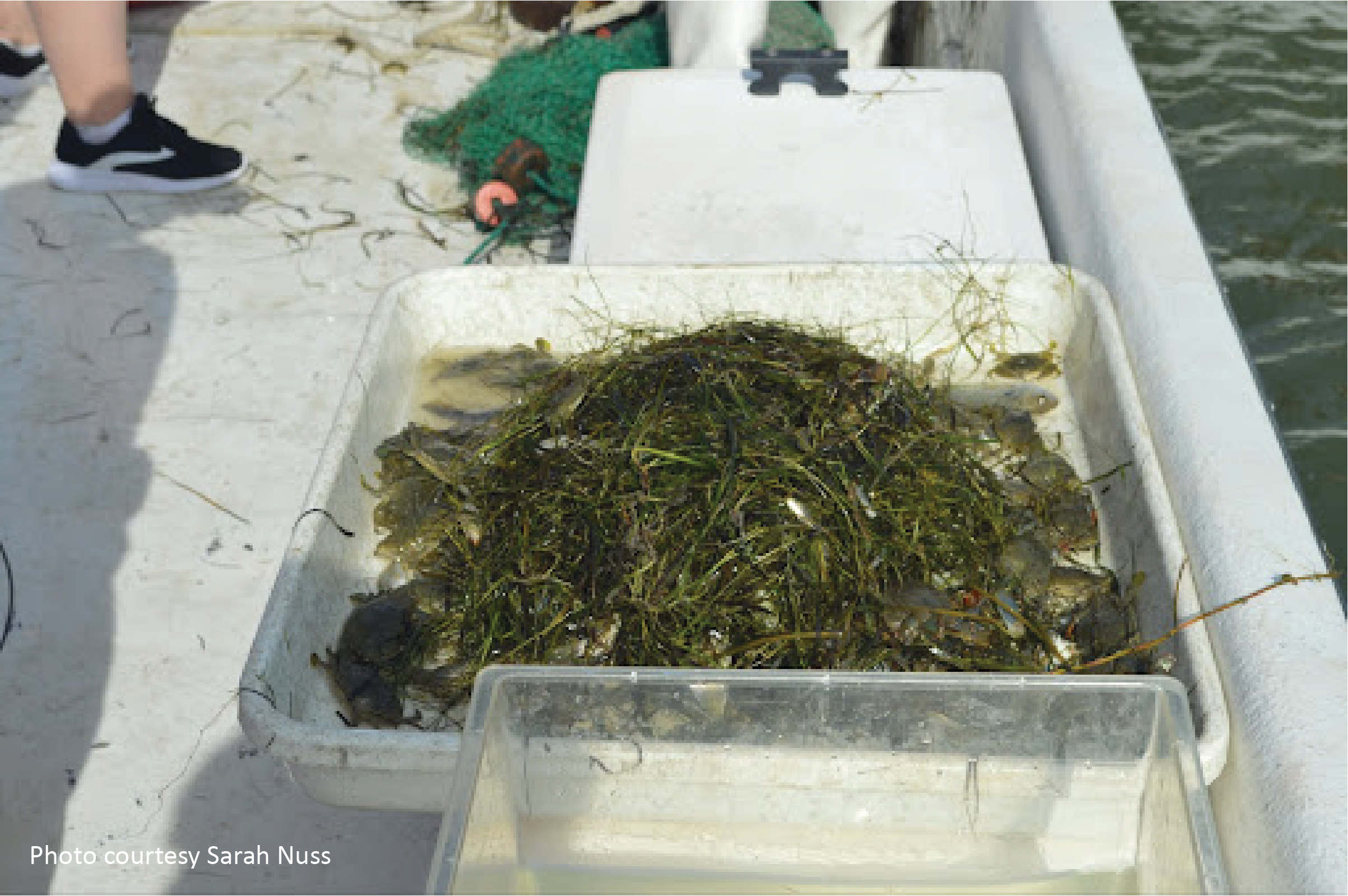 Teachers explore animals that live within the seagrass beds on the Eastern Shore.