Talk NERRdy to Me: Kawika Winter 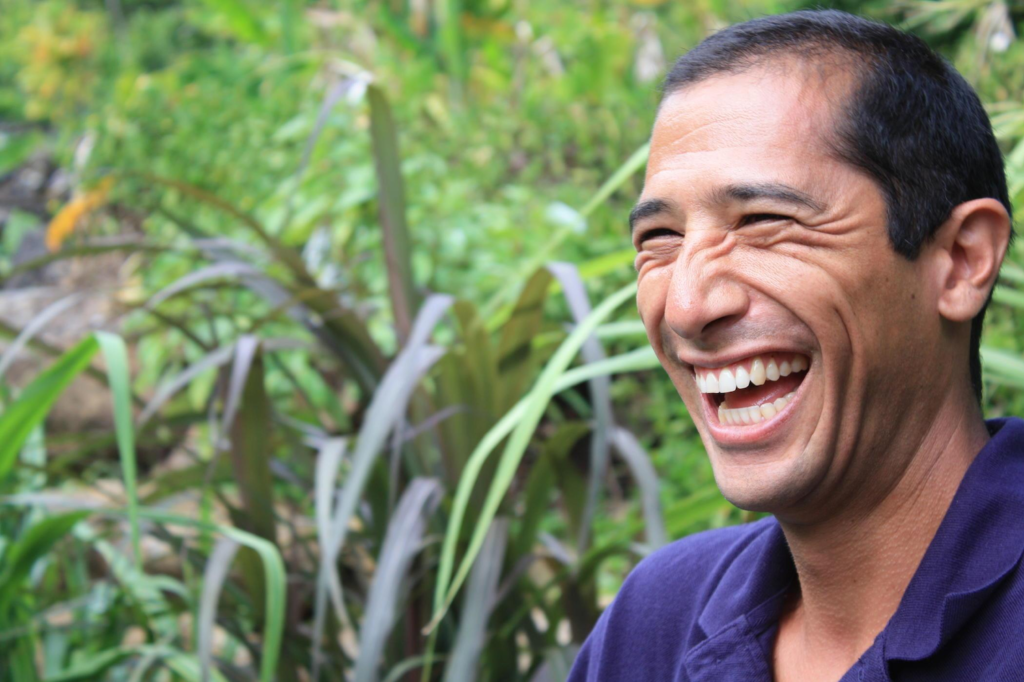 Talk NERRdy to Me is a monthly column about leaders and luminaries from across our 29 Reserves. This month, NERRA’s correspondent-at-large Nik Charov Zoomed to Hawai’i to talk with Dr. Kawika Winter, manager at the new He’eia Reserve, about being a botanist in a marine biology world and what it means to be a Hawaiian Renaissance Man. Photo credit above: Hawai’i Public Radio.

Nik – What do us mainlanders not get about Hawaiʻi?

Kawika – A lot of the images about what Hawaiian culture is have been twisted by the tourism industry. It’s really quite different when you live here.

Nik – Have you ever left for any long period of time?

Kawika – I’ve never lived anywhere else. I didn’t want to sacrifice learning about my own place and culture in pursuit of higher education. So I had quite a nontraditional track to higher education. I have all three degrees from the same university, which is usually frowned upon.

Nik – What, nobody else wanted you?

Kawika – <laughs> We’ll never know now—I never applied anywhere else! But it’s allowed me to be a more effective advocate for the things that I’m passionate about. I’m an outdoor person and I want to be working with the land and with communities.

Nik – You grew up on the island of Oʻahu?

Kawika – Yes. And then started my career as director of a botanical garden and nature preserve on Kaua’i. I was there for 13 years and was mostly a resource manager with purview over a 1,000-acre valley. It’s a biodiversity hotspot, and we had dozens of critically endangered plants and birds.

Kawika – The biodiversity we have here is literally found nowhere else. Hawaiʻi is the endangered species capital of the world, and also the extinction capital of the world. So the sense of urgency is very real. Happily, in that valley, we rediscovered a few species that we thought had been extinct and found new populations of things that were functionally extinct. For a botanist that’s pretty exciting stuff!

Kawika – I actually describe myself as an ecologist, but I definitely have a passion for plants, and that’s my academic background. I’m now a faculty member at the Hawaiʻi Institute of Marine Biology because they administer the Reserve. I’m the only botanist they’ve ever hired!

Nik – The Heʻeia Reserve is really leading on “traditional ecological knowledge” and “Indigenous science.” Does your work intersect with the field of ethnobotany?

Kawika – When I was getting my degree in botany, I was in the ethnobotany track. That’s basically endeavoring to understand the relationship between people and plants. I really consider myself a conservationist, but there’s different perspectives on conservation. A lot of the racist roots of conservation in America—some of the writings of John Muir, for example—have been coming to light in the past year. The biggest difference is that there’s a view of a seperation of people and nature. That’s not how every culture in the world thinks. Certainly Hawaiians don’t.

Part of the problem I have with the typical environmental message is that humans are the problem. You teach kids ‘you are the problem.’ So from a young age, they don’t see themselves as the solution. When I was in undergraduate school, the things they taught in my conservation and biology classes just did not comport with how my elders taught me to think about the world. I went from sitting in the front of the room, excited to learn, to the back of the room, totally discouraged, thinking ‘wow, I must be wrong about all this.’ Because these highly intelligent people told me that my way of thinking is wrong.

But I had this amazing professor, Dr. Tamara Ticktin, who was teaching a class called Ecological Ethnobotany, looking at how Indigenous people manage resources all over the world. That class really helped me to find my voice about the work that we do in the Reserve and in the System to this day. I don’t want to convey that there’s a right way and wrong way to approach conservation. As conservationists we have all kinds of tools. As the saying goes, you can’t build a house with just a hammer. 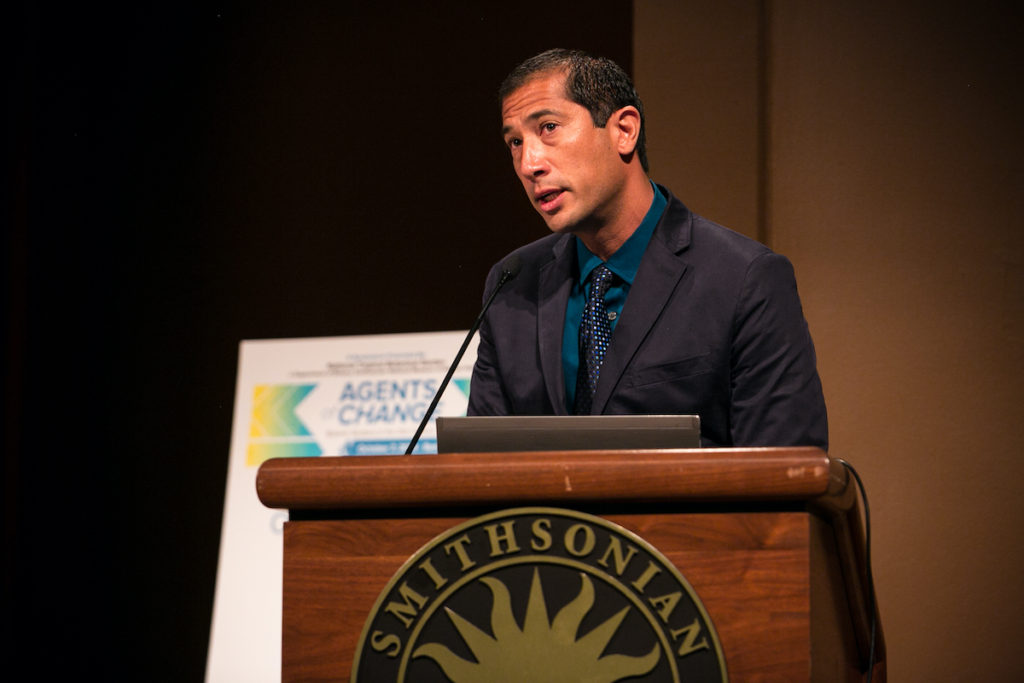 Nik – How were you raised?

Kawika – Literally in the forest and in the ocean. As a kid, I would try to tag along with my older brother and his friends and they’d always ditch me. One time they threw me on top of a six-foot hedge and left me there! So I was often alone, but I would go into the forest, and the trees were my friends.

When I got into my later teens, I had the great blessing to become very close to several highly esteemed elders who basically became my adoptive grandparents. They’ve all now passed on. Here you have your blood family but you also have family you take on. There’s different words for these different relationships, but one is hoʻokama.

Nik – Which means ‘boy you found on top of a hedge’?

Kawika – Ha! It literally means ‘to make your child.’ So I was hoʻokama to a couple elders. In particular, Eddie Kaanaana. He was a native speaker born in 1925, living in the old style wearing only a loincloth and living in a grass-thatched house. He was one of the last who lived like that. I became very close to him and learned the things that he learned from his elders.

Nik – Many of us in the System already know the basics of the Heʻeia Reserve, its establishment, the fishpond restoration work… there’s this great enthusiasm and interest in this traditional ecological system and Indigenous knowledge. Does it go the other way as well? How does modern science add to traditional knowledge?

Kawika – When I was an undergraduate, the notion of Indigenous science was literally laughable. These were the days when I was sitting in the back of the classroom. People would say, ‘You mean those savages? Of course they’re not intelligent enough to have this thing we call science. You superstitious people, you believe the cycles of the moon have influence on the cycles of life. You guys are crazy.’ Of course now we know the spawning cycles of coral and fish are related to the cycles of the moon.

Nik – It’s long-term monitoring. A culture that’s been in one place for hundreds or thousands of years has an edge.

Kawika – The evolution has been from Indigenous science being laughable to being ‘ok, maybe Indigenous science is a thing, but it’s definitely inferior to our science.’ Now, because of a lot of work, at least in my circles, these things are on even footing. Two sides of the same coin. Two different methodological approaches to understanding what’s going on in the world.

Nik – The Heʻeia Reserve was established in 2017. What are you most proud of from that process?

Kawika – The work that’s happening within the Reserve now has been happening for decades. We’re in what we call the Hawaiian Renaissance. After 100 years of colonization, in the 1970s, there was this huge resurgence and rebirth of Hawaiian language, culture, art, navigation. That’s when the community of He’eia stopped the construction of a nuclear power plant. It was the first time that the Native Hawaiian community beat the U.S. military in court.

My generation is the second generation of leaders in the Hawaiian Renaissance. I have all these friends who got involved with restoring Indigenous agro-ecology and aquaculture on a landscape scale around the turn of the century, but it was recognized that we needed some place to make sure we were all collaborating. That’s really when the community called the Reserve into place in He’eia.

We’ve had quite a bit of success in collaborating already. We talk in Hawaiian metaphors a lot. In Hawai’i, we have traditions of celestial navigation across 2,000+ miles of ocean to find tiny islands, and they’re being revived. So we talk about everybody being in a fleet of canoes. We need them all navigating towards the same star. Everybody’s going to be managing their own canoe, but we need to keep the fleet together and we need to get to our common destination together.

This pandemic has been a crisis but it’s also been our chance to coalesce around many issues of food security and environmental degradation. People realize we need to take care of our islands so that they can take care of us. That’s what our ancestors did. We just need to scale it up. 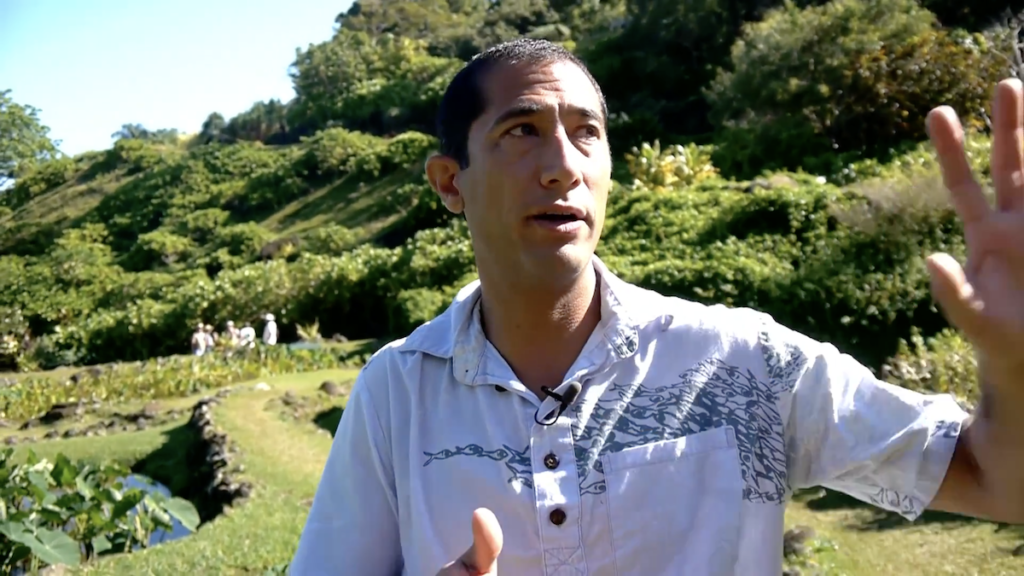 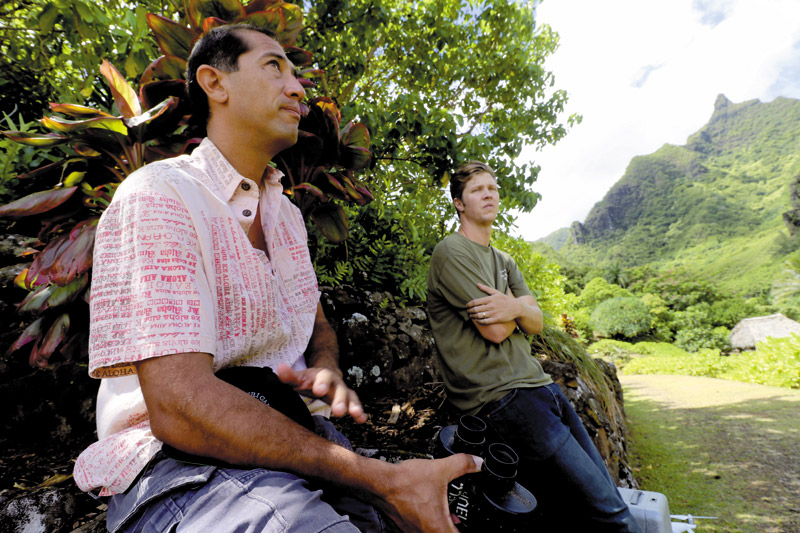