The Gullah-Geechee People and Folk Tales 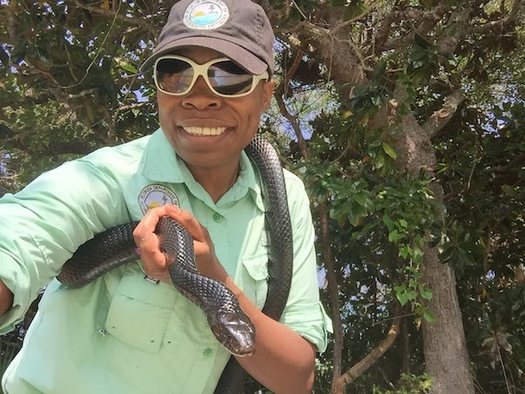 The Guana Peninsula is home to historical and cultural sites that tell the story of the land and its people. The most recent discovery is that the Gullah Geechee people were enslaved on the peninsula on Governor James Grant’s plantations. This connects the Guana Peninsula to the Gullah Geechee Corridor, which extends from Wilmington, North Carolina, south to St. John’s County, Florida.

Learning about the Gullah Geechee culture is a personal journey for me because it is part of my heritage. I grew up hearing my grandmother speak and tell stories in the language. She taught me about ethnobotany and natural medicine and shared her childhood experiences of living in a Gullah community. As an adult, I have finally begun to make connections from childhood memories to the rich Gullah Geechee culture.

The Gullah Geechee people are descended from mainly West African tribes. They were brought to the southeastern United States to farm rice, indigo, and other crops. The terms “Gullah” and “Geechee” are used interchangeably and refer to their original ancestry in Africa. “Gullah” is said to be derived from “Gora ” or “Gola,” which were tribes living in Sierra Leone. “Geechee” is said to be derived from “Kissi” (pronounced Geezee), referring to a tribe living between Guinea and Liberia. The Gullah Geechee culture arose from close contact between many ethnic groups (West African, European, and Native American). The resulting unique language can be described as creole (a dialect from two or more languages). There is also a rich heritage of art, religion, music, and food. 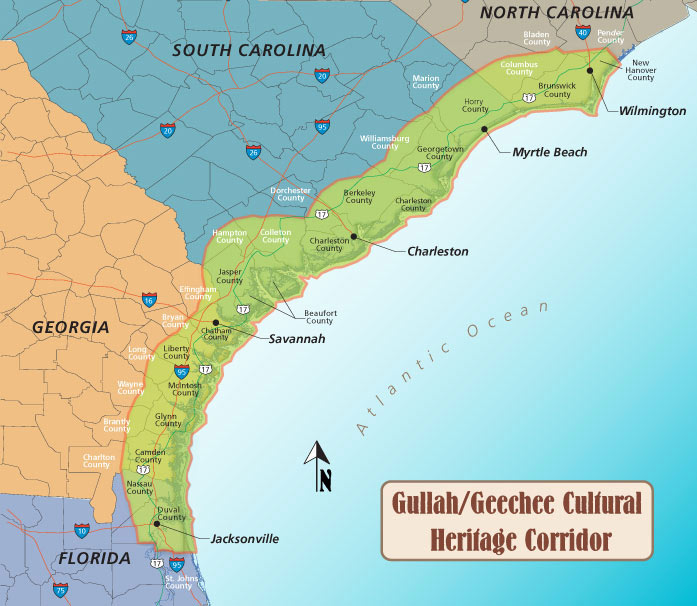 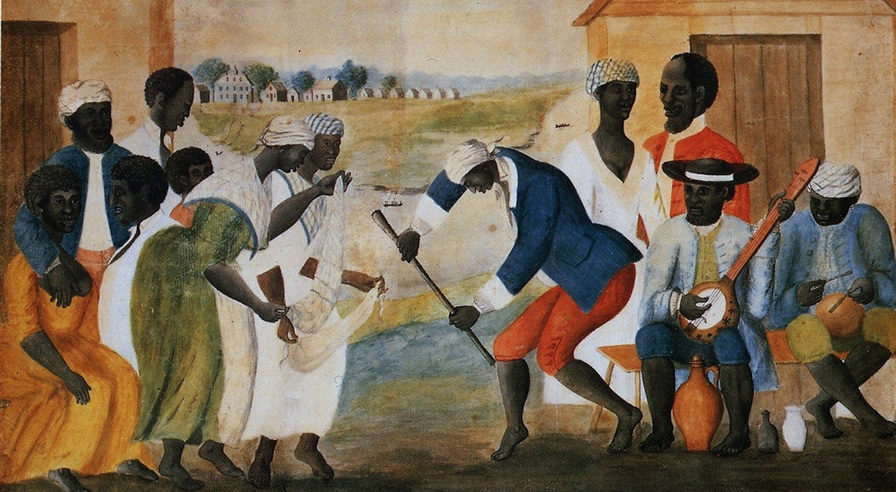 Storytelling is a tradition among the Gullah Geechee people. Many stories (or folktales) have animals with human personalities as protagonists and center around a moral principle or learning experience. We know rabbits do not keep gardens or get advice from other animals. It helps make the characters more relatable and communicates the theme.

I would like to honor the tradition of storytelling with a folktale of my own, featuring animals and themes from the Guana Peninsula. This story focuses on the destructiveness of invasive species (such as feral hogs), the benefits of native plants, and the need for balance within ecosystems

Gullah Geechee words often sound like the word they translate to in English, even if they are not spelled the same way. Some words are similar to Germanic Languages in that the sounds of v’s and w’s are switched.

A Folktale: Rabbit and Wil’ Hog

Down in the forest by the ocean, all the animals lived in a big community. It was like a big family, where most animals worked together to make a good place to live.

Mouse had a very big family. They made sure there was the right amount of plants in the community; not too few and not too many. Too many plants would be a bad thing, tangling animals and stopping them from reaching their food. Too few plants were bad also because many animals would starve. Mouse’s family was very good at taking care of the extra plants by eating them. In fact, sometimes they were too good at it. That was where Indigo Snake stepped in.

Indigo’s job was to chase Mouse and her family away when they ate too many plants. Indigo helped to keep things balanced.

Rabbit had a big family as well. She was very skilled in growing things and had a lovely garden. She would toil and plant, and water, and fertilize, so that her beautiful garden could feed many of the animals.

Gopher Tortoise, slow as he was, was a good builder. In fact, he built the biggest and best burrows in the forest. Everybody wanted to stay, and it was safe! Not even the wildfires could touch the animals when they went down into Gopher Tortoise’s burrows.

Most of the animals worked together in harmony — except Wil’ Hog. He didn’t work well with anyone. Wil’ Hog did not like to work, he did not like to share, and he took whatever he pleased. In fact, every year, while Rabbit tended to her garden (which everybody loved because she grew the best vegetables and liked to share), Wil’ Hog stomped through and ate everything in sight. He never asked permission and usually left a nasty muddy mess.

One day, Rabbit was ready to harvest her best vegetables yet. She came with her basket in hand, only to find Wil’ Hog had marched into her garden again. This time he had rooted up every single vegetable. He had eaten the melons, the okra, the yams, and the turnips. Wil’ Hog ate everything! All that was left of Rabbit’s garden was a muddy wallow.

Rabbit’s whiskers twitched this way and that. She was very very mad! She had a big family to feed and Wil’ Hog had eaten everything she, her children, and all the other animals were going to need for the rest of the season.

Wil’ Hog looked up with a mouth full of her vegetables. “Ain cyear.”

Rabbit bristled. “We wu’k hard for we’self, and hunnuh fuhr’ebbuh tek’way an don’gi!” They all worked hard and selfish Hog just took and took and never gave back.

He swallowed the last of her turnips and looked past Rabbit for more. “Ain cyear.” Clearly Wil’ Hog, an animal of very few words, didn’t care.

Rabbit furiously hopped away to get advice from Gopher Tortoise who was digging another burrow. “Gopher, mek Wil’ Hog leebe. He tek eb’ ry ’t’ing. My gaya ’d’ n ent wut’ nutt’ n ’ fo nobody in de wood.” She was still angry, but now she was sad too. Rabbit worked so very hard to make a garden that could feed all the animals and now it was worthless, because Hog ate it all.

Rabbit thanked Gopher Tortoise and hopped away. She felt a little better. She could move her garden and change the vegetables she planted there. Maybe then Wil’ Hog wouldn’t want to eat them. She was feeling much more thoughtful than before. Getting mad or sad for too long would not help but thinking would. Even so, Indigo might have some advice too.

Rabbit found Indigo Snake sunning herself on a rock. “Indigo, Hog dun nyam eb’ ry ’t’ing. Wuh gwine do fuh muh chirren? Cyan ’ hunnuh mek Hog leebe, luk hunnuh do w ’ enebbuh Mouse nyam tummuch?” Rabbit explained again. Wasn’t there anything Indigo could do? What if she chased Hog away like when Mouse ate too much?

Indigo looked thoughtful. “Hmm, “Wil’ Hog tummuch bigguh den me. He gwine tep on my head and bruk’ em. Puhaps hunnuh mek bigguh gaya ’d’ n.” Wil’ Hog was too big and dangerous for Indigo also, but maybe, Rabbit could plant more than Hog could eat; then there would still be enough for everyone. Rabbit thanked Indigo Snake and hopped away to start replanting. She would use both Gopher Tortoise’s and Indigo Snake’s advice.

Rabbit began planting different seeds from those in her old garden. No more yams, turnips, melons, or okra. She planted things Wil’ Hog wouldn’t notice as much like wild grapes, hickory nuts, wild greens, blackberries, and wild plums. She planted anywhere and everywhere seeds would grow. She was going to make the biggest garden she could. In fact, Rabbit made the entire forest into a garden. Rabbit couldn’t fight Wil’ Hog face to face, but she used other ways to beat him. To this day, Wil’ Hog is destructive, selfish, and “ain cyear,” however, Rabbit and the other animals now have many more places where they can find food.