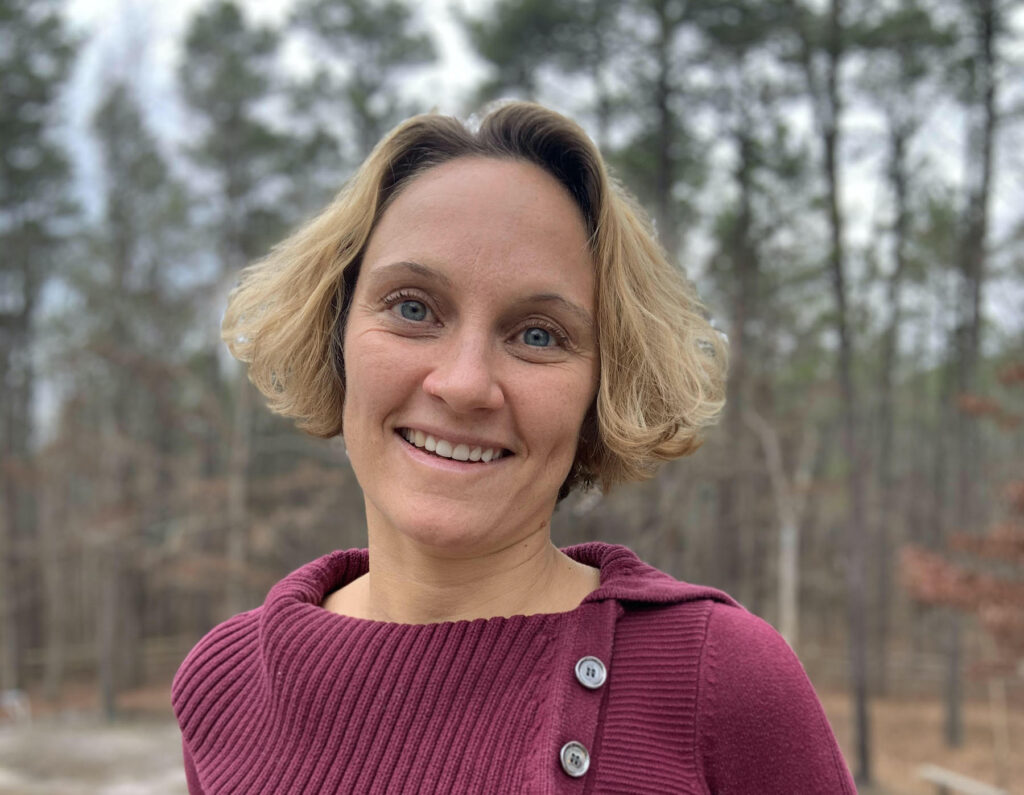 Talk NERRdy to Me is a monthly column about leaders and luminaries from across our 29 Reserves. This month, NERRA’s correspondent-at-large Nik Charov checked in with Lisa Auermuller, assistant manager at New Jersey’s Jacques Cousteau Reserve and past president of the NERRA board. They talked about “coordinating coordinators,” revealed how families are at the heart of our work and resilience, and all but promised “cheeseburgers in paradise” at the 2021 annual meeting.

Nik: So, JCNERR assistant manager—does that mean you work the weekend shift? Didn’t you used to be CTP Coordinator, but you got demoted?

Lisa: No, we have a real CTP coordinator now! But yes, I’m assistant manager. Assistant TO the regional manager, haha.

Nik: How did you get to the southern New Jersey region [specifically Exit 58 off the Garden State Parkway]?

Lisa: This job took me here 19 years ago. I had no ties to the area before.

Nik: No one should.

Lisa: It’s actually really wonderful here. And you all might get to experience that live at the 2021 annual meeting!

Nik: Knock on wood. What do you have planned for us there, Cruise Social Director Lisa?

Lisa: We’ve already scoped out the firepit! That was important to our planning: having a firepit for the sing-a-long. There’s also a whole bottom floor at the hotel which serves as a rec room with bar games like large jenga, pool tables, shuffleboard…

Nik: A rec room? I’m in! But how did you ever find the Jacques Cousteau NERR?

Lisa: I grew up in upstate New York at the upper edge of the Hudson River’s tidal range, but I spent a week vacation every summer on Cape Cod and then the Outer Banks. I spent my youth associating the ocean with relaxation and fun. I really grew to adore it. And I decided in 7th grade that I wanted to be a marine biologist. So that was my career path from 7th grade on. My parents took me to Woods Hole—I got the Woods Hole sweatshirt and wore it until it was fringe!

As I was finishing up my graduate degree, I started looking for ‘marine science education jobs in NY/NJ area.’ I literally put those words into a Google search. The then-president of New Jersey’s Marine Education Association Janice McDonnell, who used to be the assistant manager of the Reserve, kept coming up. I figured she was the person I should email saying ‘I’m looking for jobs, do you have any suggestions?’ She invited me to come for an interview, and the rest is history. I was the first full-time person to be physically at the Reserve building in Tuckerton. I’ve really grown up with the Reserve.

Nik: Did you start in the Coastal Training Program?

Lisa: I started as the CTP program was officially established. I was part of that first cohort of people who were hired to develop the CTP program nationally. There are still a handful of us who are around and haven’t retired. (Just this year we’ve seen a bunch of retirements with Steve Miller, John Bragg, Emilie Hauser…) But my original title was Watershed Coordinator, and I still don’t really know what that meant… I don’t know what it means to coordinate a whole watershed! I think it means you do everything. 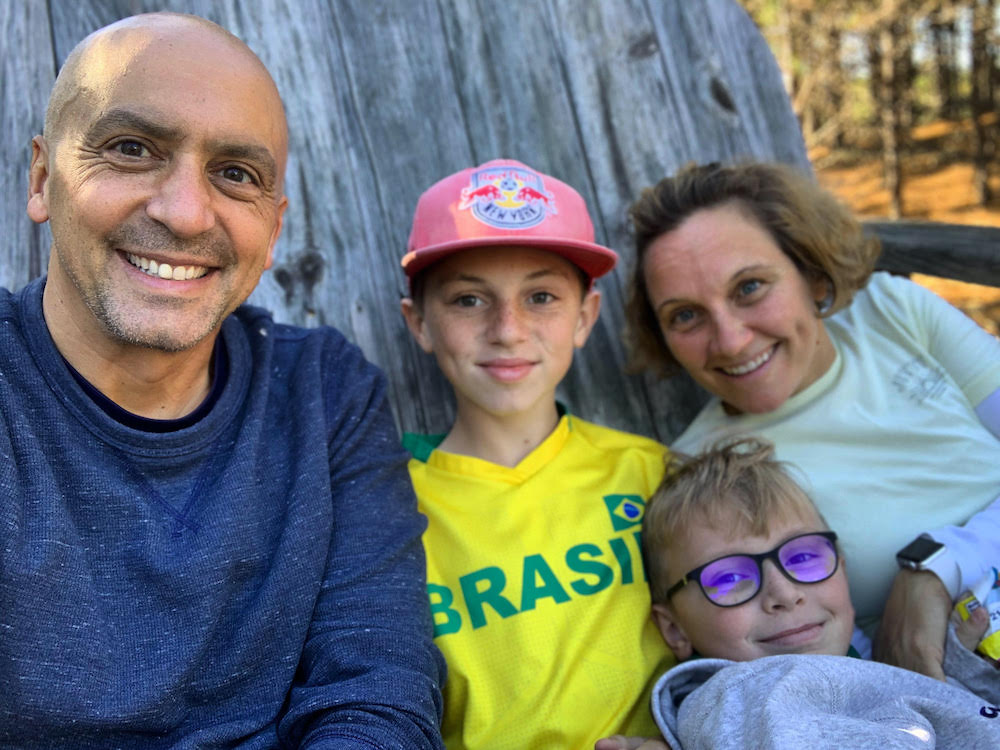 Nik: As an assistant manager does everything! You handle outreach and education and CTP at JCNERR now?

Lisa: I have a staff now that hold leadership roles within those programs, and I provide oversight and big-picture thinking.

Lisa: I love that! Make me a business card.

Nik: So is everything coordinated?

Lisa: Obviously it’s been a challenging year with COVID, but that hasn’t stopped us. Our programs have been creative and have gone virtual where they can. Our research and monitoring continue. In a way, it’s connected us even more as a staff. It has that silver lining to it.

Nik: How do you coordinate these coastal professionals across geographies, even now? For the multi-component Reserves out there, what’s your advice?

Nik: You are a bit of a Jimmy Buffett fan. Does that go back to childhood and finding so much inspiration on the shore?

Lisa: [laughs] I didn’t grow up listening to Jimmy Buffett’s music. But I do think if you really listen to the words and the sentiments behind them, we can all relate as people who appreciate the coast and the value it brings us emotionally and environmentally.

Nik: The Parrothead philosophy might be that these are beautiful places that make us feel good, and we should want to protect them?

Lisa: Yes! I think that vibe just resonated with me. And the margaritas don’t hurt.

Nik: They never do, do they?

Lisa: If you’ve never been to a concert, it’s quite the coming together of all walks of life. Ages, thoughts, and values in one big blender. That’s one of the things I like the best about it.

Nik: Sounds like our annual meeting, without the process agendas.

Lisa: There actually is a process agenda for tailgating. Not even joking. 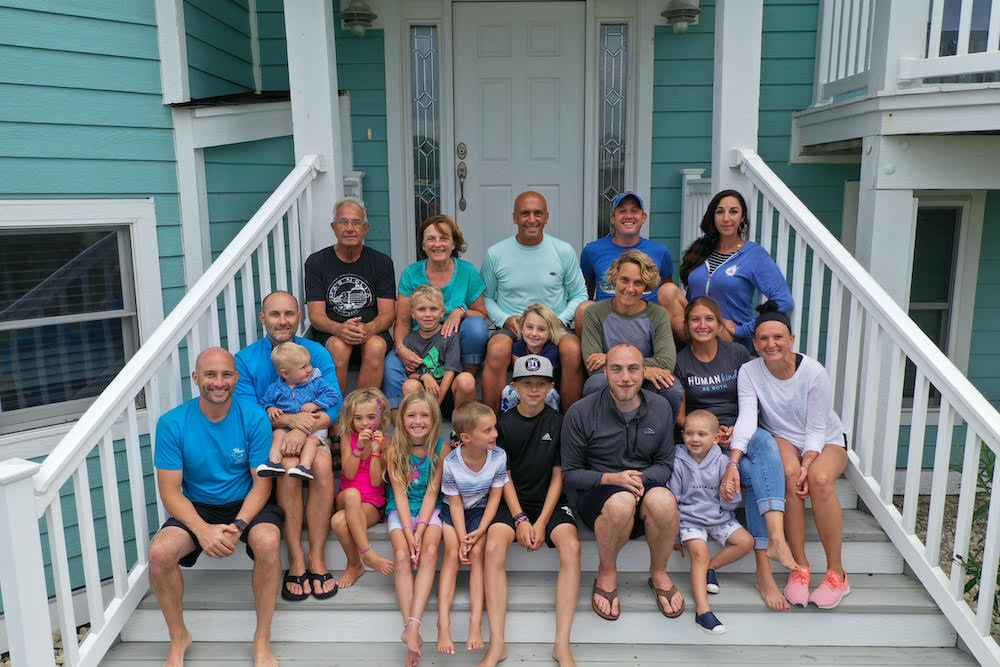 Lisa with her large family.

Lisa: You know, one year I planned a Jimmy Buffett road trip, and four members of NERRA’s Executive Committee at the time came. We started in Florida and worked up to Biloxi.

Nik: Was it just driving around, listening to music, and stopping to watch the sunset?

Lisa: We stopped to do other things too! We had to experience the local flavor of each place, you know. [laughs]

Nik: Would you recommend that as a team-building exercise?

Lisa: There’s something to be said for spending that kind of time together. I don’t think it could hurt.

Nik: You’ve been involved with the NERRA Executive Committee for some ten years now. Looking back on your time as NERRA vice president and president, what do you think were your big achievements?

Lisa: I had a goal that I was very passionate about and wanted to make a defining part of my administration, and that was helping people beyond just the board understand NERRA and feel like a part of it. I do feel like NERRA for a long time was very mysterious to people: not purposefully, but I think it was.

Lisa: I think a lot of people looked at it as ‘oh, that’s the managers doing another manager meeting.’ It was super important to me to have one of my defining roles as president be breaking down some of that mystery around what NERRA is, and helping people feel like they could tap into what NERRA has to offer.

Lisa: Very clean and fair. I believe it was completely above board.

Nik: How worried are you that the Laakkonenn administration will undo all your work? He’s one of the least comprehensible people in the entire System.

Lisa: I feel like we’ve opened the NERRA curtain, and now it would be hard to close again. And I’m not worried about that happening with Keith at all. He’s very approachable! Not to mention that similar to myself, Keith has brought a sector person, GTMNERR research coordinator Nikki Dix, in to serve on the Executive Committee, which is a very purposeful decision to make sure diverse perspectives are heard.

Nik: We do have ‘research’ in the name. It’s one of the few words that people understand.

Lisa: Right?! I also realized pretty early on that NERRA was at a tipping point of growth. As we get bigger, there will eventually be more demands than NERRA can meet. And I certainly haven’t cracked how that should be solved, but I’ve raised the conversation so we can really start thinking about how we want to continue the growth, or make some tough choices about what we are and aren’t going to do. 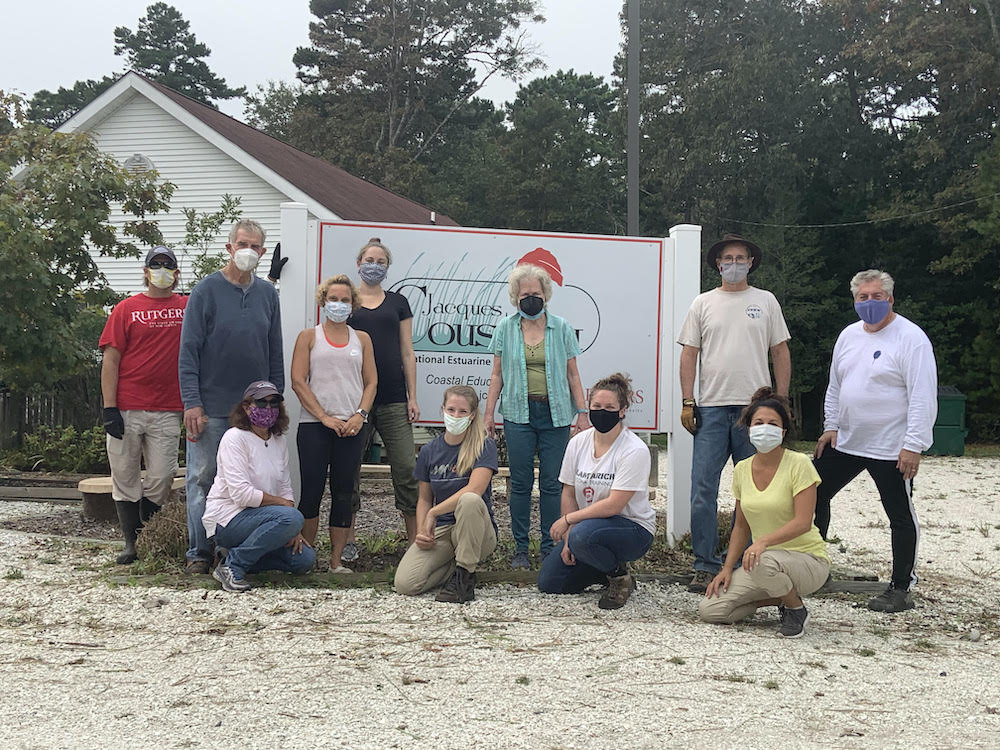 Lisa with her large ‘work family’ at the Reserve.

Nik: The future is coming. There’s an end in sight to this pandemic (at least I hope so), but we also know there’s recovery after a disaster. That’s something you know very well, after Hurricane Sandy hit your Reserve eight years ago. What should we expect in terms of recovering from 2020 and building our resilience?

Lisa: Often the first thing that comes to people’s minds is the physical part of recovering: the actual structural part, rebuilding. But the thing we’ve gotten better at talking about, but not good enough, is the emotional end, the people side of recovery. The physical recovery part can be easier than the emotional part, especially because sometimes people have a hard time admitting they even need help. So that’s my first advice: think about it in those terms, where each of those sides is really important to full recovery. And of course, work together.

Nik: We chose to talk to you this month because we asked ourselves, in this dark month: who’s hopeful? Who’s optimistic? And we said: Lisa! What is it about you that gets you through?

Lisa: I grew up as one of five kids, and my mom’s one of thirteen. So I grew up in a very large family. In that situation you have two choices: blend into the background, or embrace what’s so great about having all these deep-rooted connections with others. And I believe I pull and draw from the family connection in the work I do.

I almost never think of my job as just a job. I find that many of our NERRS colleagues bring that perspective where this job becomes part of who they are. It’s showing up to be part of something bigger than what each of us do individually. I think that’s where the hope comes from.

We all need hope to make it through the next day, year, decade. I might be one of the hopeful people in our system, but I think there’s a lot of hopeful people you could Talk NERRdy too.

Nik: And so we shall!