Talk NERRdy to Me: Anita Grove 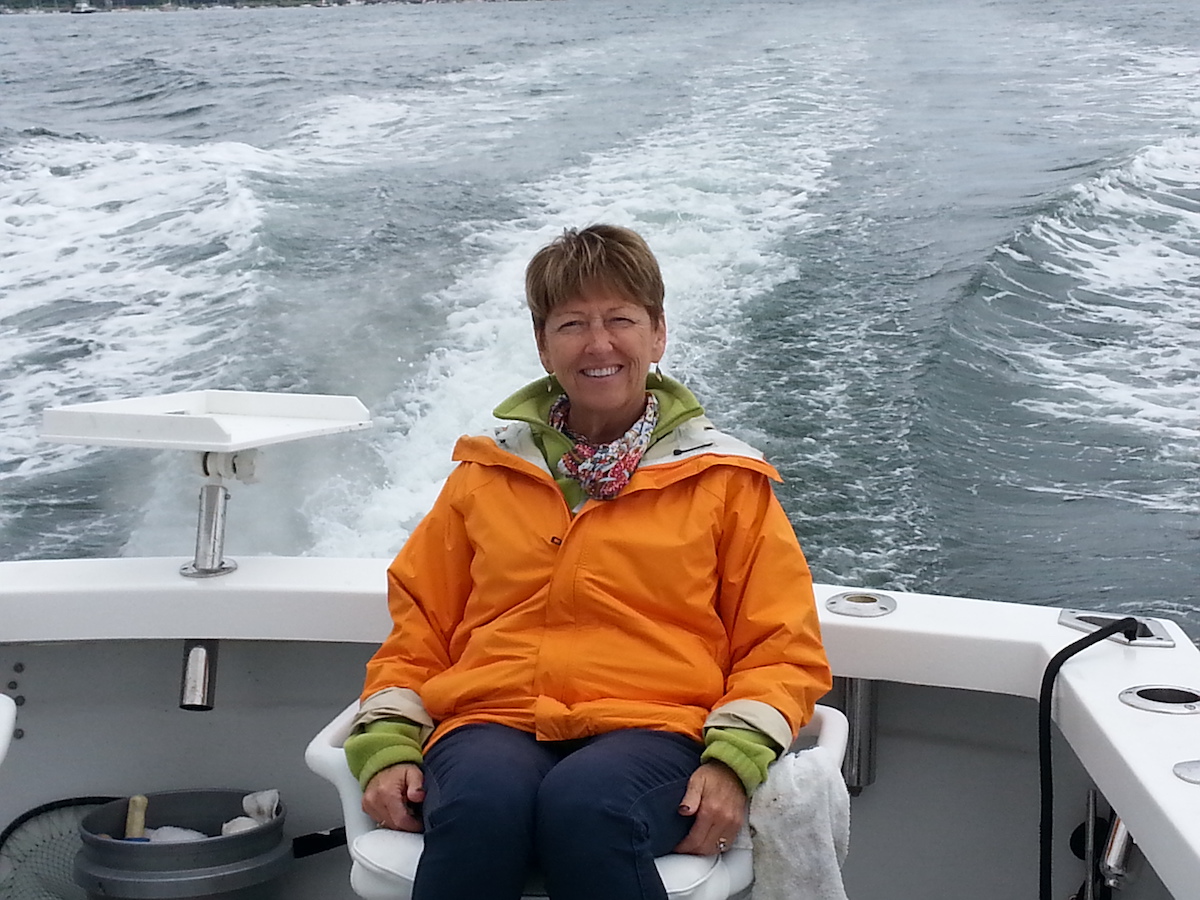 Talk NERRdy to Me is a monthly column about leaders and luminaries from across our Reserves. This month, NERRA’s correspondent-on-the-loose Nik Charov Zoomed to the Florida Panhandle to chat with Anita Grove, the coastal training coordinator at the Apalachicola Reserve. They talked about sense of place, bears surviving heat waves, and curious things lurking in the Gulf of Mexico (we’re looking at you, Rookery Bay).

Nik: Anita Grove, welcome to Talk NERRdy! How are things on the Florida Panhandle?

Anita: It’s hot, just like everywhere else. We’re getting our afternoon rain, so that’s good.

Nik: Why does anyone stay in Florida in August?

Anita: Because we have jobs to do and not enough money to retire. There are a lot of people who go north until October, just like in the 1830s.

Nik: Can confirm: they’re here in Maine. They leave after Labor Day, thank goodness. But as a CTP Coordinator, you see the rising temperatures, the rising seas, the hurricanes. Is the Panhandle a good long-term bet?

Anita: The Panhandle isn’t as developed as other parts of Florida. The Apalachicola River has an enormous natural floodplain. So there is more room for rising seas.

Nik: You’re rich in natural infrastructure! Apalachicola National Forest is a third the size of Rhode Island, isn’t it? It’s a catcher’s mitt for whatever the weather throws at you.

Anita: All the rain—we’re part of a very large watershed—is captured in the forest and eventually seeps back into the river system, loading it with nutrients and food for the species that live here. Franklin County is fortunate that 90% is in state and federal wildlands; that’s a lot of buffer for flood waters to go during a storm surge. Everything built along the waterfront, mostly seafood houses, was built with the expectation of occasionally flooding. As we transition more into a tourist economy and people who build on the water will have to be cognizant of that.

Anita: I shouldn’t call it a complete transition. But we’ve always been more about seafood, especially oysters. When I first moved here 26 years ago, we had trucks filled with oysters headed to New York and other parts every day. Apalachicola supplied 10% of the nation’s oysters! I took a job at the Chamber of Commerce and was told we didn’t need any more tourists here. But with the decline of the seafood industry, we needed to diversify our economy. People working in the service economy don’t earn as much money, but it’s a little bit more predictable, even though you don’t have the freedom of working for yourself, and you’re not working on the water.

Nik: Folks worry that tourism and water recreation will have a negative effect on the seafood?

Anita: People want the area to stay natural and don’t want to see it get too crowded, which is all relative to when somebody moved here. Twenty-six years ago it was a lot different. For the most part, though, people don’t want to be Panama City Beach or Miami Beach. They grew up close to the land and the water. They’ve always been able to get food for their family out of the Bay and they want to keep doing that. Tourism and seafood work well together. They can be supportive too. For instance, ANERR is putting together a booklet for eco tour guides, that they actually requested, about common shells, birds, and other things you see on the islands and on the beach.

Nik: You don’t sound like a scientist or an academic. Where did you come from?

Anita: I was born in Alabama and grew up in Washington, D.C. I spent the school year in D.C. and my summers in rural Alabama, where I got to fish, garden, and run around barefoot. I thought it was a perfect existence, because I got the best of both worlds. I’m an outdoors person and gravitated towards it naturally. Sense of place is very important for me. I think in terms of place and identity. I was a double major in geography and history.

Anita: I’m still a geographer at heart, more of a social scientist. I branched out in my Master’s and almost finished a degree in museum studies and a degree in nonprofit management. However, I had to postpone that when I moved to Apalachicola. There was not a virtual option at the time. I just need a few credit hours to complete.

Nik: The best school on earth is actually Doing the Work. So, geography and history question for you: besides the Everglades, Florida is pretty built up. It’s got one of the larger populations in the country. But not your corner of it. Why is your area so undeveloped?

Anita: It was more commercial seafood and people were self-sufficient. Also, the highway system was built on the east coast of Florida. With I-95 and Disney, the pull was to the east. We called ourselves the “Forgotten Coast” because the Department of Commerce once left us off the State of Florida’s tourism map. There was no marketing or major resorts like the rest of the state. Then I-10 came through, but it’s still two hours north of us. Our county is surrounded by eight rural counties, so there’s a big buffer around us. There’s one two-lane road here. We only had one flashing traffic light until about five years ago. Now we have an actual traffic light that turns red, yellow, and green.

Nik: How big of an effect did Hurricane Michael have in 2018?

Anita: We were very extremely lucky. It was headed to Apalachicola but veered west about 35 miles and doubled back over the neighboring towns up river, where it wiped Tyndall Air Force Base and Mexico Beach off the map. We had about 10 to 12 feet of storm surge in Apalachicola and the Reserve lost several weather stations. We also had a lot of water from storm surge under our building that took out the mechanisms that run our aquarium tanks. It was a lot to recover from, but nothing like our neighbors.

Nik: Well, you only had to replace one streetlight.

Anita: It was a wake-up call. A lot of people I’d been preaching living shorelines to contacted me after that and said, “I watched that storm surge come up on my neighbor’s land and it didn’t do any damage. But it came up over my seawall and started to destroy my property.” It was a great reminder of what a powerful storm can do.

Nik: How many creepy children’s dolls washed out of your town and wound up in Mission-Aransas?

Anita: They just naturally go to Mission-Aransas. Our former stewardship lead found a few limbs, maybe a head, but nothing like Mission-Aransas. My goodness, they’ve got it down. Must be like a magnet.

Nik: Or Jace Tunnell bought a supply of them and throws them out there while he looks for nurdles. But every Reserve is unique and special and has its own attractions. Apalachicola NERR has been a UNESCO biosphere reserve since 1983! That’s a big deal? It sounds like a big deal.

Anita: It dovetails well with the Reserve System. Not only do you study the land and help preserve species, you also work with the community to develop a sustainable economy. The National Park Service oversees the Biosphere Regions in the U.S. National Parks can sometimes restrict use, while biospheres try to maintain traditional usage.

Nik: Speaking of biodiversity … does it worry you that Rookery Bay is breeding a secret army of saltwater crocodiles?

Anita: Yes, because as the environment changes, they’ll be up here soon and they eat people!

Nik: I suppose within the 234,715 acres of the Apalachicola Reserve, you can still find places to hide from them.

Anita: Nature pretty much dominates here. There might be more bears than people.

Nik: Really?! How do bears even survive in 100-degree weather with 90% humidity?

Nik: But they’ve got to come out of the water at some point and then they’re still covered in fur. Silly old bears. So what’s next for you all down there?

The Corps also received a NOAA/eeBlue grant to start an oyster aquaculture lease in the bay. Corps members built the cages, planted the spat, tended the cages, and harvested their first crop in the early summer. Aquaculture was kind of a dirty word here, so it’s going to be a long educational effort to help people understand how they can augment their income with aquaculture. It’s coming; some people are making a really great living in aquaculture now.

Nik: You’ve lived there for 26 years, were in the Chamber of Commerce, and are a City Commissioner. You span the human dimensions. How important to you is understanding the people around the place?

Anita: It’s crucial. Working with different scientists over the years, I can tell when the stakeholders are shutting down and not paying attention. They say the bay has been studied to death. They see a lot of money come and go without seeing the end product. There’s a lot of fatigue around participating in studies.

Nik: Why weren’t they seeing the results of all that research?

Anita: Academia has a tendency to publish and not come back to the people that helped with the research. Some people here don’t know how to read and write. If you ask the wrong question, they shut down. I know when it happens; they immediately get quiet. I’m glad we’re starting to give participants stipends. Some of them have helped scientists for decades. They have firsthand, daily experience on the water. They know a lot.

Nik: As a long-term practitioner of this sort of work, what best practices can you share?

Anita: Ask them to be a partner from the beginning and let them help design the project. Right now, I’m on a very large committee that received $9 million to restore oysters in the bay—there was a collapse in the oyster harvest in 2013. We’ve been doing a lot of experiments with universities and scientists in the region, and we have oystermen participating. Their input is invaluable. We have a really strong spokesman with over ten years of experience working with people from other places who want to learn more. He’ll stand up and say if we’re looking at something wrong. CTP is wonderful for fostering collaboration and nurturing those relationships.

Nik: You built that trust in the community over decades. But Talk NERRdy readers rely on me to ask the hard questions, do some investigative reporting. So I have to ask: The Times of Apalachicola reported you received 65.9% of the vote for City Commissioner, winning a second four-year term. Yet 70% of the votes for you were mail-in, while your opponents outspent you almost 3:1. Without admitting voter fraud, how do you explain your win?

Anita: I have a great deal of community respect and experience. I spent 20 years going to city and county commission meetings. Lee Edminston hired me at ANERR because of my community connections from being with the Chamber for so long and my ability to work with leadership and local people here.

Nik: And like any good elected official, you’re bringing home federal money to your district. 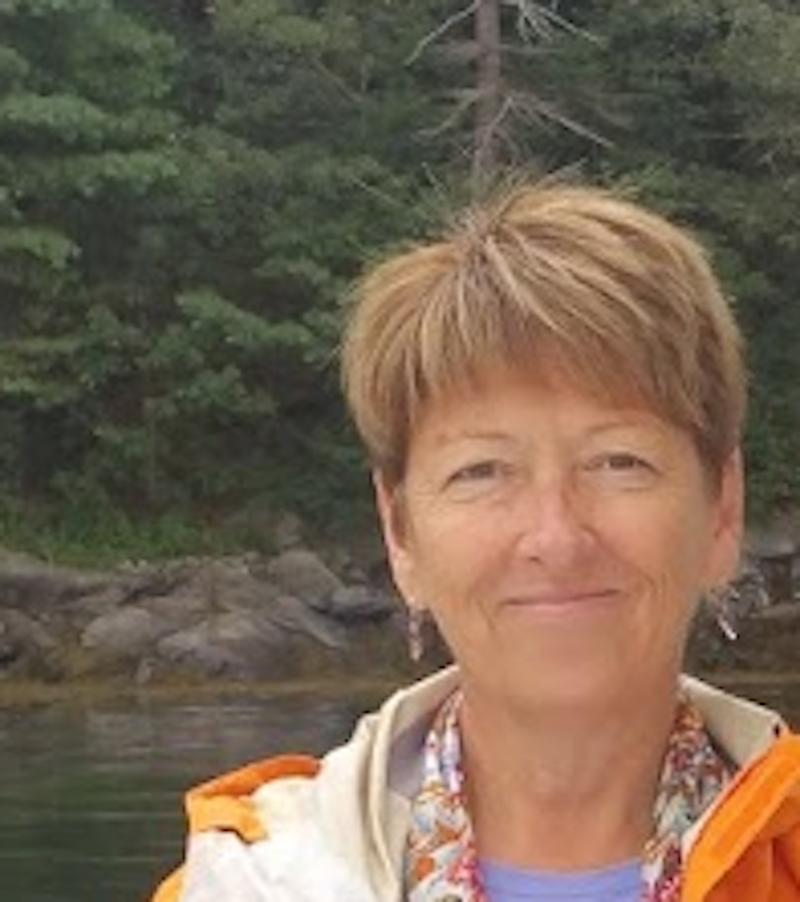