Talk NERRdy to Me: Kenny Raposa

Feb 23, 2021 | Healthy Habitats, Narragansett Bay, Rhode Island, Reserves, Talk NERRdy to Me, What We Work For 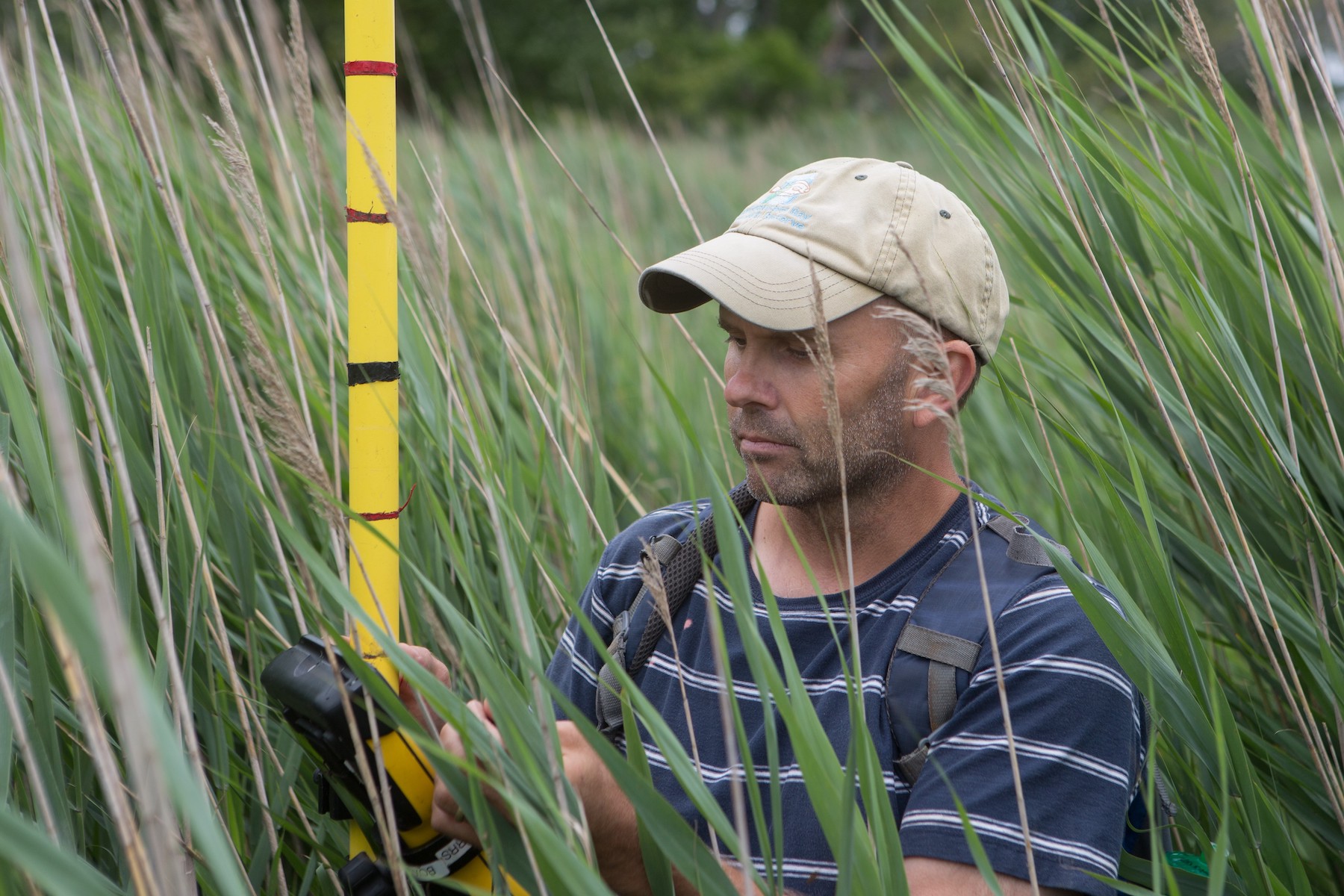 Talk NERRdy to Me is a monthly column about leaders and luminaries from across our 29-soon-to-be-30 Reserves. This month, NERRA’s correspondent-at-large Nik Charov chats with Dr. Kenny Raposa, research coordinator at Rhode Island’s Narragansett Bay Reserve, about his crabs, the Marsh Restoration Club for Men, and the benefits of not being dead yet.

Nik: February is the shortest month—who better to talk to than Dr. Kenneth Raposa? But seriously, Kenny, how long have you been at NBNERR?

Kenny: April will be 21 years.

Nik: That’s a long exile. Napoleon was only on St. Helena for six years! Do you actually work on the islands of the Reserve?

Kenny: I do! Though not every day, especially not right now. Right now, when I go out there about once a month, I stay for three days. Which is nice. I get to spend some quality time out on Prudence.

Nik: The NBNERR islands are Prudence, Patience, Hope, and Dyer, right? It’s like three sisters from a Hawthorne novel… and also Dyer. But twenty-one years. Wow. What did you do before that?

Nik: Rhode Island’s the Ocean State. Were you a shore kid?

Kenny: Absolutely. I grew up right near the Bay and spent a lot of my youth poking around the shorelines and the marshes that were there way back when.

Nik: From childhood, you’ve been wading around in the grass.

Kenny: Oh yeah, I caused a lot of trampling damage in my years.

Nik: The guilt of the scientist! This is why we can’t have nice things. How early on did you know you wanted to study these places?

Kenny: I didn’t know! Like many American males I was clueless up until…..

Kenny: I was going to say ‘high school.’ But as an undergrad at URI, I was lucky enough to have most classes wrapped up by my senior year, so I was able to take a full semester internship at the Graduate School of Oceanography [GSO]. That’s where I got introduced to marine science.

Nik: What did you specialize in?

Kenny: Kind of the same stuff I do now! For my Master’s, I worked down in Fire Island, New York, characterizing the nekton, which are fish and crustaceans. My PhD was focused on nekton, too, but it was looking at their responses to tidal marsh restoration across southern New England.

Kenny: I’m not dead yet!

Nik: I just mean other people have taken a circuitous route. But you must know your locale so well. What can you tell us about the salt marshes of Rhode Island? What does the world need to know?

Kenny: The world needs to know that if you want to see a lot of them, come now. [dark laughter]

Kenny: We’ve done so much work on these marshes. We can put them into perspective regionally and nationally. We know how bad they are in terms of current conditions and future projections. It’s not an exaggeration to say we’re losing many of them right now, rapidly.

Nik: We’ve been joking around a bit, but this comes down to one of the questions that plagues our system and the people working in it. I don’t want to pick at a scab, but how does it make you feel to say something like that?

Kenny: It’s tough. I often think of what used to be my favorite marsh, Coggeshall Marsh, right in the Reserve. I’ve been poking around in there for more than twenty years. It used to be so beautiful and in really good shape. I’ve been monitoring it since 2000, and I’ve quantified and seen year-to-year how rapidly it’s degraded. It’s almost unrecognizable compared to twenty years ago. Sometimes I don’t like going out there.

Nik: But change is a natural process, like all of us aging and becoming more and more attractive. [Nik and Kenny both tip their ball caps to reveal receding hairlines] We need some thin layer placement up here! 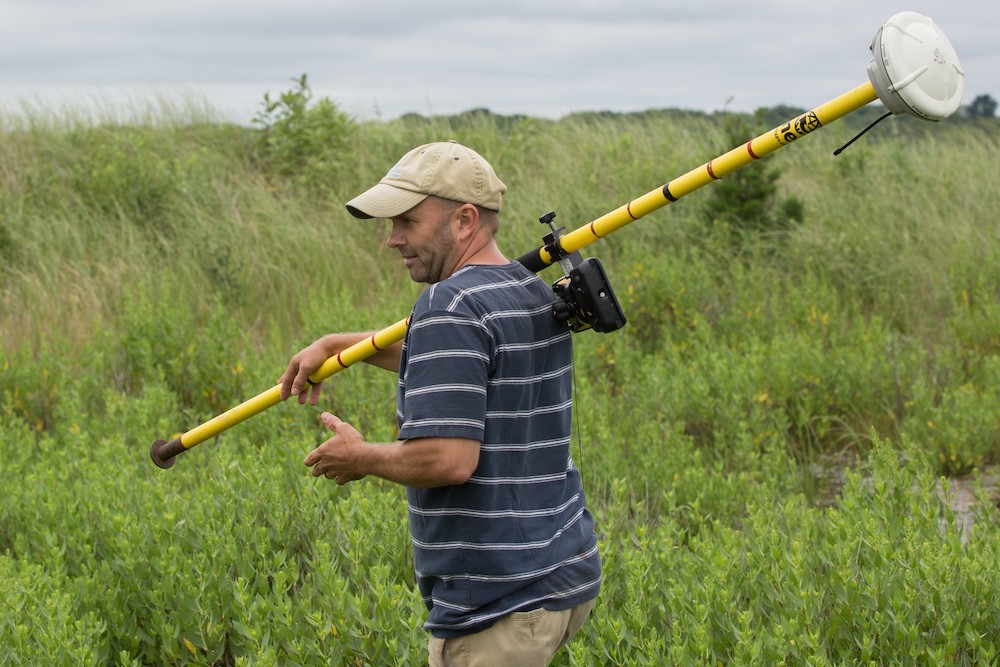 Nik: But in the marshes, is their degradation a natural process, or is something driving it?

Kenny: The vast majority of the impacts to our Rhode Island marshes are from sea-level rise.

Nik: Which is anthropogenically driven. On these pages, all agree on that. Is their biology also changing? You’ve also been studying life on these marshes for decades. You were a co-PI on the national crab synthesis that came out and looked at crabs throughout the system. What do we need to know about crabs?

Kenny: Their effects on the marsh vary by state and region, but here in Rhode Island, in Southern New England, the crabs are intimately linked to sea-level rise. As the marshes get wetter, these crabs have more access to the marsh surface. The peat softens, so they can burrow in. And it’s just a cascading impact that degrades these marshes even faster.

Nik: All these threats to the marshes that you’ve spent your life in. So what are you going to do about it? Tell me about thin-layer placement (TLP).

Kenny: I was not really aware of this technique until about 8 years ago or so, and even then I was pretty skeptical. But I got to participate in a large-scale TLP project—which is where you add sediment to a marsh surface to raise it higher—down in Charlestown, Rhode Island, and got to witness firsthand how beneficial TLP can be when done correctly. That marsh now looks just gorgeous, after about four years. So I’m a huge proponent of TLP in certain situations, and I’m optimistic that we can do more of those projects in Rhode Island.

Nik: Where does the sediment come from?

Kenny: That’s why I say it’s a good technique to use in certain places, because the sediment is usually sourced from nearby dredging projects. The other possible source for sediments— and we did this in our big NERRS TLP project—is from local quarries. We did that in part because it was easier, and there is precedent. The US Fish & Wildlife Service did a project in Sachuest Point Marsh in Middletown, RI, where they did use some quarry-derived sand on the marsh.

Nik: It would have gotten there eventually, in millions of years, right? They just trucked it over and sped it up a bit.

Nik: What’s next for the Narragansett Bay Reserve, and for its research in particular?

Kenny: We’re still doing some TLP. I think there’s a lot we need to learn about doing these projects effectively. One thing I’m really excited for: we have a pre-proposal into the NERRS Science Collaborative to do wildlife photography in coastal marshes with motion sensor cameras. We’re going to look at large-scale wildlife value for marshes across the System, which has not been done.

Nik: Are you a photographer yourself? Why photos?

Kenny: We used these cameras in a small project in 2019. We set them up to look at wildlife use of TLP marshes at different stages of recovery. We put some out in a mature TLP site, some at a brand-new TLP site, and some other cameras in a control marsh. I didn’t think much of it, but as the photos started coming in, I was just blown away at their quality, and the diversity of animals that were using these sites. It showed me that you can tell some good scientific stories with these cameras. I’m a big proponent of doing these big national syntheses in the NERRS, and I think this might be a really fun and useful thing to do across the entire system, not just for science, but also for outreach and education.

Nik: We’re the selfie society, why not? What else do people want to look at anymore but photos of things? Lightning round. What’s your favorite marsh creature?

Kenny: By default I have to say mummichog.

Kenny: Love Patens. Sad to see it leaving us.

Nik: That’s where you want to be. Kenny, thanks for the time this morning. I dressed up for this. [gestures to his own plaid shirt and baseball cap]

Kenny: I actually shaved about 20 minutes before this call.

Nik: Good for you. 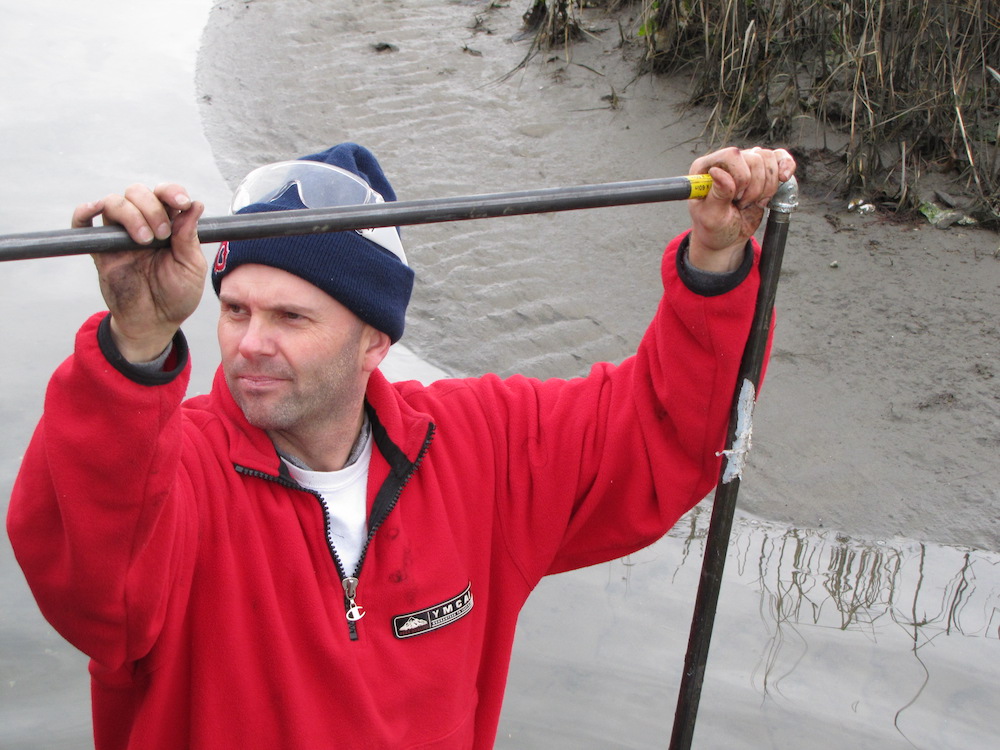